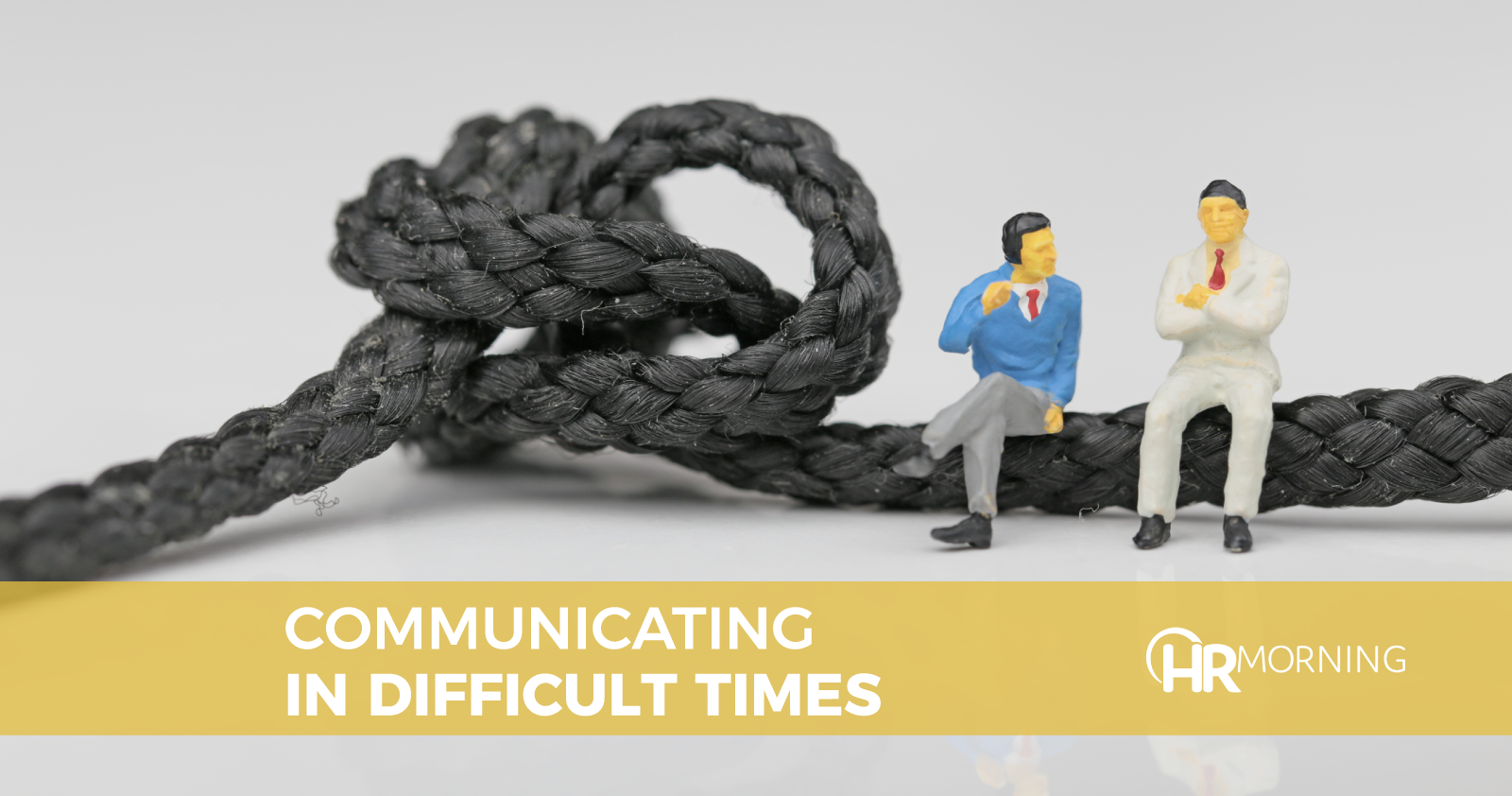 As an HR leader, you’d like to have the right words at the right time all the time. But you know it’s impossible – especially in difficult situations.

But having a few “power phrases” ready for difficult conversations or uncomfortable situations will have you hitting the right chord more often than not.

“People who communicate with confidence are calm and in control,” says Liz Uram, author of Communicate Like a Boss: Every Day Leadership Skills That Produce Real Results.

“They strive to be positive and helpful in order to get a good result that benefits everyone. However, it can be hard to keep your cool if you aren’t equipped with the right tools.”

So, yes, a few canned phrases – and the sincere sentiment behind them – can help reduce frustrations, calm anger and show empathy.

The better part, they work regardless of the reason for the difficult conversation.

Some employees and colleagues might come to you saying they want help, and they vent for quite a while.

But pay attention: If you offer a solution to the issue and they give reasons why it won’t work, it’s likely they actually don’t want your advice.

“They aren’t telling you about their problem because they want a solution. They just want you to listen. They are looking for empathy,” states Uram.

Say, “That sounds really hard,” to validate their feelings, give them room to say their piece and hopefully move on!

These two words are surprisingly effective at stopping arguments and quieting irrational behavior.

They can stop aggression in its tracks and eliminate arguments.

For instance, “I agree this is frustrating” or “I agree we need to do something.” Then you can move toward a resolution.

When you need to start a conversation to address issues, you want to avoid quantifiers such as, “You always … ” or “You never … ”

Instead, be specific, but take the onus off the other person.

Try these examples: “I noticed you were late three times this week. Is there something we can work on together to help you get to work on time?”

“I noticed you raised your voice and used angry words with Rich in our last two meetings. Is there something more I should know about?”

‘I need your agreement’

Sometimes you need to tell employees things they don’t want to hear. Or you need them to do things they’re reluctant to do.

Instead, gain acceptance to an idea they don’t love by saying, “I need your agreement to … ”

‘What are you going to do about it?’

Leaders want to show empathy at all times with employees, colleagues and customers. But you can’t solve all their problems. Plus, people will put more effort into their own ideas.

So when capable people bring you problems, put them in control. Say, “What are you going to do about it?” And encourage their good ideas.

“The words you use to start off a potentially difficult conversation are the key to a positive or negative outcome,” Uram says.