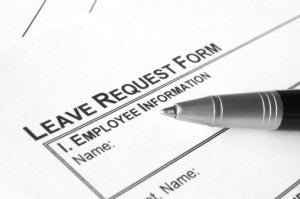 Here’s proof you can never assume employees know about even the most basic aspects of the FMLA.
Enter John Vannoy, a project construction manager in the facilities management department of The Federal Reserve Bank of Richmond (FRBR).
Vannoy suffered from severe depression, which caused several unscheduled absences from work.
Eventually, he was admitted to a hospital for psychiatric treatment. His physicians recommended that he enter a 30-day rehabilitation program to treat his depression and alcohol dependency.
But Vannoy refused, expressing concern that taking the time off might result in his termination.
Around that time, he submitted an application for short-term disability, which also functioned as a request for FMLA leave.
After reading a statement from his primary care doctor, FRBR approved him for one month of FMLA leave.

Despite being approved for FMLA leave, Vannoy still feared taking time off would result in his termination. So he returned to work a few days later.
Vannoy was then sent on a three-day work assignment in Baltimore. He drove a company vehicle into the city and stayed in a hotel at FRBR’s expense. But he didn’t report to his assigned job. And, according to the records, Vannoy’s reasoning for not reporting to his job is somewhat hazy.
When he reported back to FRBR’s Richmond, VA, office, he was placed on administrative leave for failing to communicate a reason for the unscheduled absence.
Vannoy was then placed on a performance improvement plan (PIP) and asked to complete a portion of it later that week. But he failed to do so and was fired.

Vannoy then filed an FMLA interference lawsuit against FRBR. His lawsuit claimed that the bank’s FMLA notice didn’t inform him of his job restoration rights — and if it had, he may have been more inclined to take the time off he needed to get better.
FRBR tried to get his lawsuit thrown out. It claimed it was justified in terminating Vannoy due to his inability to complete the PIP and his unscheduled, and unexcused, absences. But it was unsuccessful.
Why did the court let Vannoy’s case survive, which will almost surely cost FRBR handsomely in legal fees or a settlement? The FMLA notice FRBR sent out to Vannoy when he requested medical leave omitted the legally required references to job protection rights.
In essence, the court ruled the lack of job restoration info in FRBR’s notice to Vannoy may have hindered Vannoy’s ability to make an informed decision about his leave.
So stay tuned, he’s getting his day in court.

What employers need to do

One of the basic tenets of FMLA leave is job restoration rights, so it can be easy to overlook whether or not a notice to employees about medical leave contains this information. After all, why would they request leave if they didn’t think their jobs would be protected, right?
That’s a dangerous assumption. The solution?
There are three: