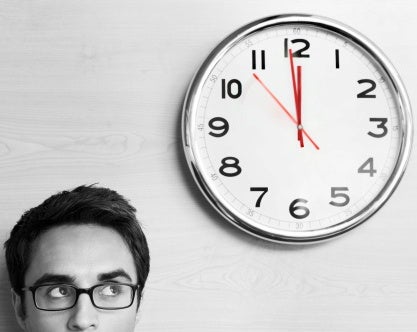 What is the best ratio of break-to-work time? The answer may surprise you.
Recently, the Draugiem Group, a social networking company, set out to find the answer to that question.
So here’s what it did: It used the time-tracking app DeskTime to see how its most productive employees used their time — paying particular attention to how many breaks they took during the workday.

The most productive 10% of employees took frequent breaks. Specifically, they worked 52 minutes for every 17 minutes of break time they took.
So the answer to “What’s the best ratio of break-to-work time?” is 17/52.
Of course, you know breaks can help employees refocus and reduce stress. But isn’t 17 minutes per hour (and not even an hour) of work time a bit much? Apparently, it’s spot on.
Here’s the reasoning behind that number: Higher-productivity employees treat their work time as a sprint — working ridiculously hard in bursts. And what do you need after a relatively long sprint? A breather. So that’s what they take.

This wasn’t your average thesis project

What’s great about this research is it wasn’t performed to prove or disprove some scientific theory about what’s an appropriate amount of break time in the work day. And it didn’t complicate things by having to be performed in a vacuum with a bunch of guinea pigs who didn’t know what they’d signed up to do.
It was performed in an actual office, with actual employees, and it pitted the habits of the best workers up against the habits of everyone else. That should make you feel better the findings could have real applicability to your workplace.

What to do on break

Another important finding from the study: what the high-productivity workers actually did on their breaks.
That, too, may surprise you.
They weren’t poking around Facebook, their email or even around the Internet at all.
Instead, they completely removed themselves from their workstations — by taking a walk, reading a book or socializing with co-workers about something other than work. And that’s what Draugiem recommends other employees do as well.
If getting away from the workstation isn’t an option, it recommends — albeit somewhat tongue-in-cheek — using the time to watch some funny animal videos. Reason? Animals and humor, especially when combined, can actually give your brain the rest it needs to keep productivity levels high. So bust out those cat videos.