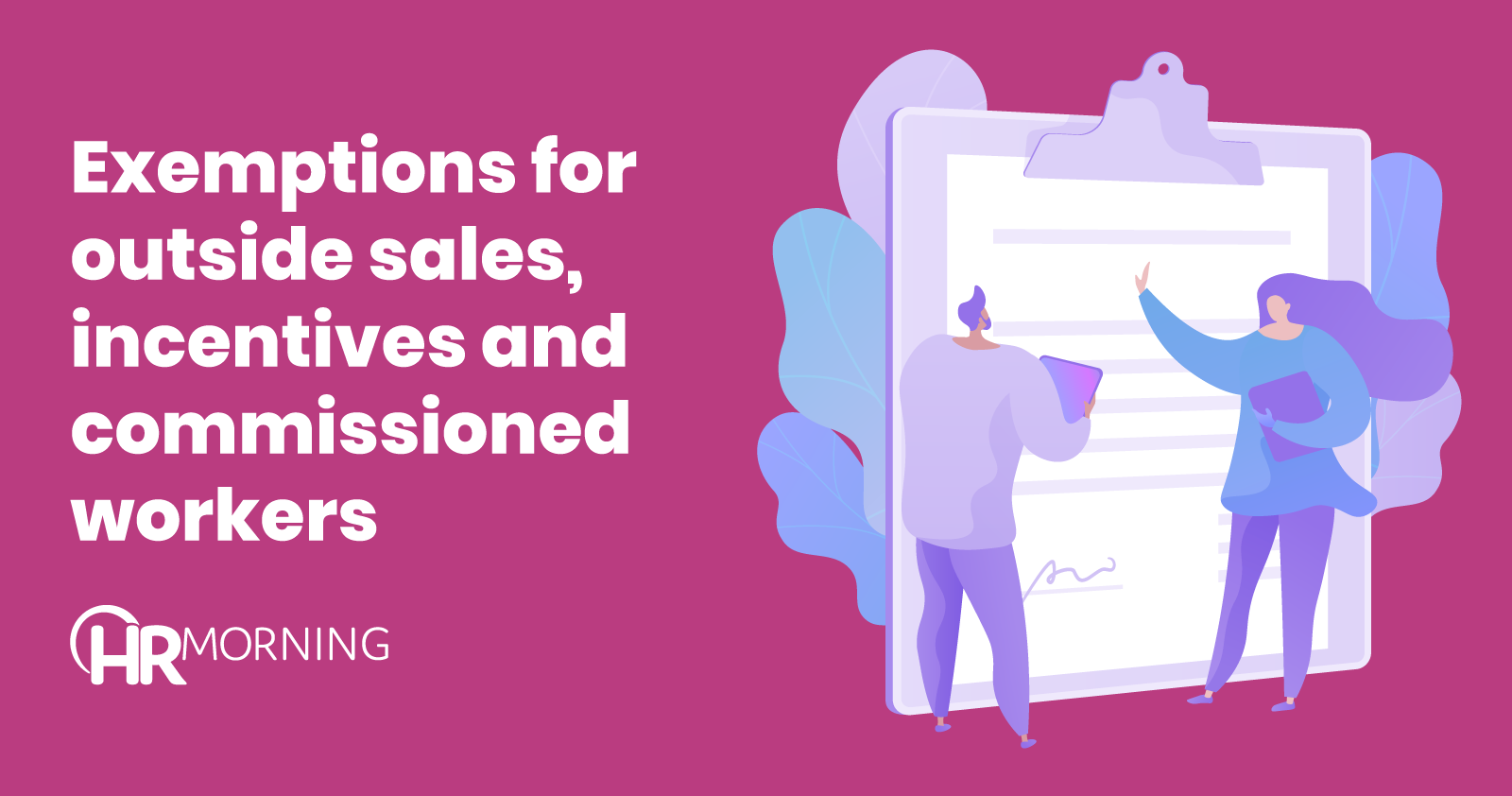 While a DOL opinion letter is just that – the agency responding to a specific employer’s question – it may not be binding in court. But the DOL’s most recent letters are on FLSA employee exemptions, which can provide compliance guidance on tricky issues when it comes to minimum wage and overtime obligations.

On June 16, the DOL issued the following opinion letters on common, but often confusing, wage and hour topics for employers.

In response to an employer asking if their outside sales employees qualify for an FLSA exemption, the DOL issued the following guidance: Sales employees who spend four days out of a workweek (or 80% of their time) traveling in a company vehicle are exempt from the FLSA minimum wage and overtime requirements.

To meet this exemption, an employee must be:

• “making sales” or “obtaining orders” from customers, and

• “regularly engaged” in sales activities “away from the employer’s place” of business.

In another letter on outside sales workers who travel to trade shows to set up product demonstrations, the DOL said these employees qualify for the exemption as well. However, if their work is promotional as opposed to selling, no exemption should be given.

A car dealership that employs sales consultants who receive incentives from a manufacturer inquired if those “tips” can be credited toward their minimum hourly wage. In response, the DOL issued a letter determining the incentives count as wages.

The DOL said any third party payments count, as long as the payment is part of the employees’ agreement with the employer.

In response to a small employer that paid salespeople commissions that vary from week to week, the DOL said, in another opinion letter, these workers are exempt from overtime if:

• they’re employed by a retail or service establishment

• their regular rate of pay exceeds one-and-a-half times the minimum hourly rate, and

• more than half of the employee’s compensation consists of commissions on goods or services.

These employees are only exempt during the weeks in which they earn more than half of their pay in commissions. For other weeks, the employer must pay overtime.