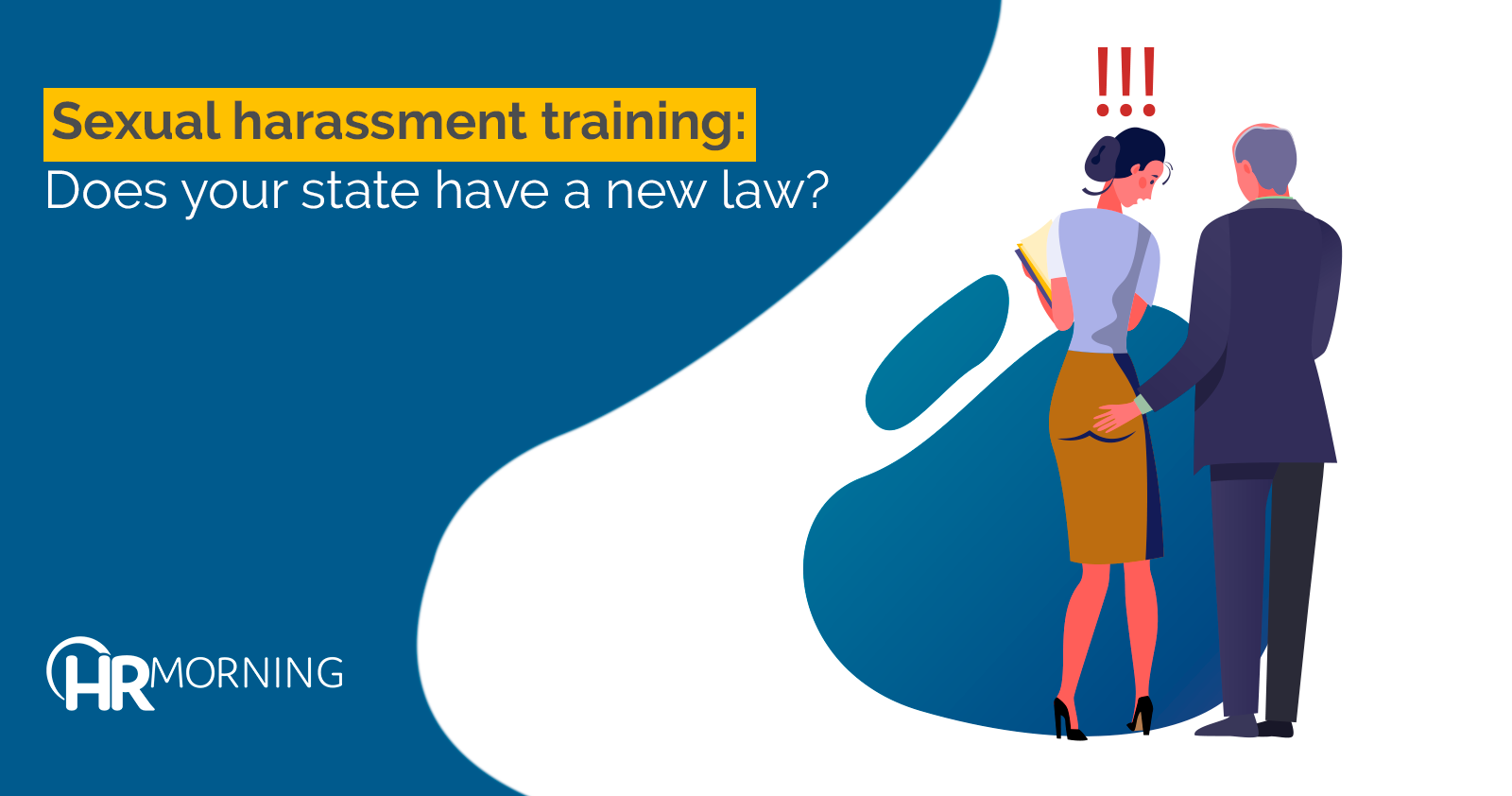 In the wake of #MeToo, where does your state stand on the expanded sexual harassment training trend that’s starting to spread to more workplaces?

New York’s become the latest state to require firms to not only educate staff on harassment, but make it easy to find and file complaint forms.

In the last two years, a growing number of states have passed laws to expand sexual harassment training.

They include Connecticut, Illinois, Delaware, Washington and California, which just delayed its mandatory compliance until Jan. 1, 2021 (it was Jan. 1, 2020). Rhode Island has a similar bill pending.

That’s when many firms adopted a “check the box” approach by showing staffers an instructional video on how to spot bad behavior, followed by a run-through of company policies.

But that’s not enough to comply with new state and local regs.

For instance, New York, which is requiring employers to train all employees by Dec. 31, mandates training should explain how to download and submit a complaint on the state’s website.

In Illinois, employers must provide training to new workers within
90 days.

“Training is moving away from ‘Is this harassment or is this not harassment?’ to ‘Harassment is wrong, we don’t tolerate it. Here’s what we expect,’” says Kevin Kish, director of the California Department of Fair Employment and Housing.

“Employers realize they must take [sexual harassment] more seriously now,” says Andrew Rawson, chief learning officer for Trailant, a company that provides sexual harassment training. “It went from a best practice nice-to-have, to a need-to-have, to a substantial chunk of the working population must-have.”

What employers need to do

The specifics vary from state to state, but one thing is clear: Employers need to take steps toward compliance now. Here’s how: