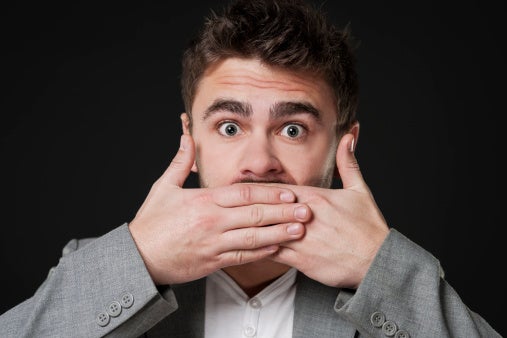 The Do’s and the Don’t’s

Don’t ask: Will you need personal time off? Can you work Sundays?

Try asking instead: Are you able to work our required schedule or OT on occasion?
The first question sounds innocent enough, but it may result in an answer that puts you on shaky legal ground. What if the candidate is three months pregnant, or may need time off to care for an ailing father? If you don’t hire the applicant, you could be looking at a bias or FMLA claim.
Meanwhile, asking if an applicant is able to work weekends, specifically Sunday, can run afoul of religious discrimination laws. It’s also a good idea to avoid asking questions about holidays.
Don’t ask: Do you suffer from any medical conditions?
Try asking instead: Are you able to perform the specific functions of this position?
Under the ADA, making employment decisions based on someone’s health or perception of their health is illegal. However, an individual with a disability still must to be able to perform the essential functions of the job, with or without an accommodation. Make sure to describe these duties as they’re outlined in the posted job description. Most questions concerning a candidate’s health should be asked after a job offer has been made, not before.
Don’t ask: Do you smoke / drink / take any drugs?
Try asking instead: Have you ever been disciplined for violating a company policy?
You’re allowed to ask if legal company policies can be expected to be followed. Asking about general drug use, however, my compel the candidate to tell you about medical conditions/disabilities — and that’s what you don’t want.
Don’t ask a female candidate: Do you plan on having children?
Try asking instead: What are your long-term career goals?
Asking about career goals is the better question anyway (and not just because the answers to the other questions are illegal to act upon, obviously) because it’ll reveal a candidate’s motivations and what drives them. Both are far better determinates on whether the candidate is a good fit for your company.
Don’t ask: Are you a religious person?
Try asking instead: Are you involved in any professional or trade groups that are related to our industry?
Generally, under the law, a person’s religious beliefs can’t be a factor in a hiring decision, so it’s an area of discussion that’s strictly off-limits. Asking about involvement in professional of trade groups could glean some important information about a person’s knowledge and experience.
Don’t ask: Do you have a husband/wife or a girlfriend/boyfriend?
Avoid this type of question altogether — it’s irrelevant to the hiring decision.
The aim of the question can’t be to figure out a candidate’s sexual orientation. Even though the question is often asked in a friendly attempt to connect with the candidate on a personal level, it’s easily misinterpreted.
Don’t ask: How many sick days did you take last year?
Try asking instead: How many days did you miss at your previous job?
If you’re concerned about absenteeism, this is the way to find out. The candidate might come back with stories about her leisure activities, which could give you some insight into how well she’d fit in your company’s culture.
Don’t ask: Where do you live? How long is your commute?
Try asking instead: Are you able to start work at 8am?
A rather innocuous question that can lead to accusations of discrimination based upon where someone lives. You can also ask if someone is willing to relocate for the job, if it’s required for the position.