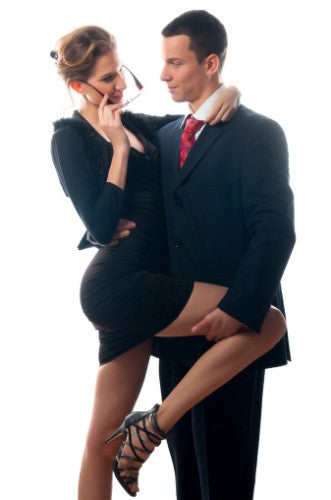 Amid accusations of employees sleeping with each other’s significant others, this company did everything right.
Jamilya Pina, who is African-American, worked as a sales associate and manager at The Children’s Place.
While employed there, Pina was dating Michael Williams, an African-American colleague of hers.
Pina, however, began to suspect that Williams was being unfaithful, and she accused multiple co-workers of sleeping with him.
So Pina made a telephone complaint to the company, claiming that the colleagues she believed were sleeping with Williams had falsified his time cards for him. The company looked into the complaint and found no evidence.
Pina then ran into her manager at a local donut shop and accused her of also sleeping with Williams. The manager informed the company’s district manager, who questioned Pina about the incident. Pina said her actions outside the workplace weren’t of any concern to the company.
You can guess what happened next: Pina was suspended pending an investigation. In addition to the time card complaint, the company found out that Pina had been leaving threatening messages on another employee’s voicemail about Williams’ alleged infidelity.
Pina was then fired for engaging in disorderly, harassing and inappropriate conduct.

A happy ending for the company

Pina tried to re-apply to work at The Children’s Place three months after being fired. The company ended up going with an internal candidate who had more experience than Pina.
So Pina sued, claiming race bias and retaliation.
Nope, said the court.
Pina’s race bias complaint was based on a bizarre theory that The Children’s Place hadn’t investigated her time-card allegations because doing so would have revealed an interracial relationship among employees that the company didn’t want to acknowledge. The court found no evidence for that claim.
The court said Pina didn’t have a legitimate retaliation claim as well, finding that Pina wasn’t qualified for the job she applied for.
Rachel Reingold Mandel with Ogletree Deakins had the clear takeaway for HR pros:

The court held that an employer is permitted to discharge and not rehire an employee who engages in harassing and potentially threatening conduct towards other employees. In addition, under circumstances such as those in this case, an employer is not required to investigate and respond to complaints in the precise manner desired by the complaining employee.

The case is Pina v. The Children’s Place.