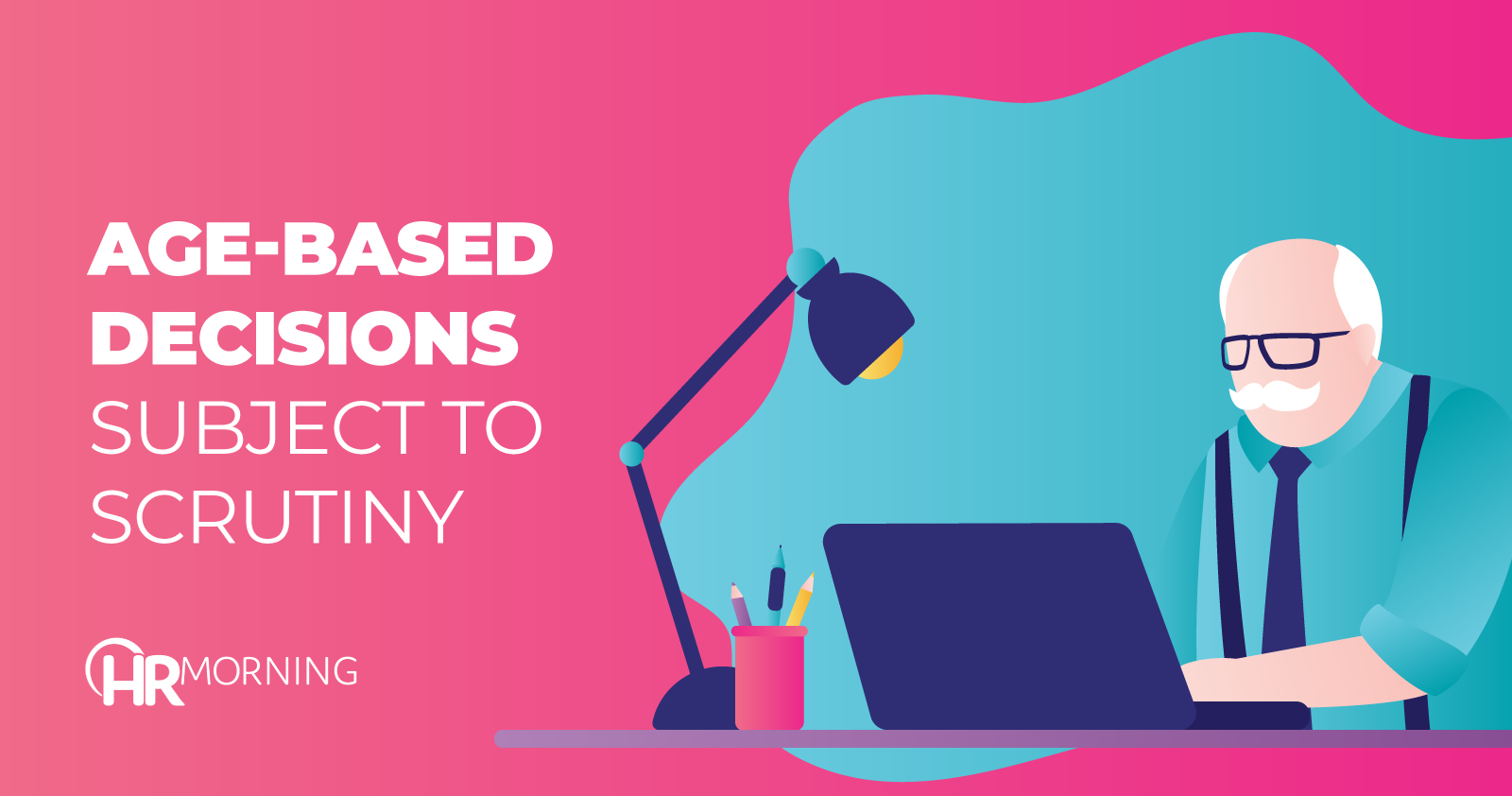 The suit’s allegations raise important questions for HR pros about when – if ever – it is appropriate to make hiring and other employment decisions based on age.

The short answer: It can be OK to make decisions based on age in some situations, as explained below. But employers who do so have the burden of showing that an age limitation is justified, and it is critically important to tread very carefully in this area.

The new suit says Lilly, which is based in Indianapolis, engaged in unlawful age discrimination on a nationwide scale. The Equal Employment Opportunity Commission, which filed the suit in an Indiana federal district court, alleges that at a leadership town hall in 2017, the company’s senior vice president for human resources and diversity recognized that its workforce was composed of older workers. According to the suit, the senior vice president further announced a company goal of adding more millennials to the workforce.

The company then executed its plan by changing its hiring preferences and intentionally favoring younger candidates for sales representative positions.

That alleged conduct, if proven, violates the federal Age Discrimination in Employment Act (ADEA), which protects applicants and employees who are 40 or older from discrimination based on age.

As relief, the agency is asking the court to award back pay and other damages. It also requests a court order that would require training for managers and supervisors about federal laws against discrimination.

There are situations in which age can qualify as what is known in the law as a bona fide occupational qualification, or BFOQ. This exception to the general rule banning age bias is specifically written into the text of the ADEA, which says employers can take otherwise prohibited actions “where age is a bona fide occupational qualification reasonably necessary to the normal operation of the particular business.”

An implementing regulation expounds on the meaning of the exception, saying that employers asserting the defense have to show:

The regulation goes on to note that the exception is intended to have limited scope and application.

Another regulation permits compulsory retirement for those who have reached age 65 and are “bona fide executive or high policymaking employees.”

In combination, the statute and regulations offer classically fuzzy legalese that by itself does little to guide employers in real-world situations. And that makes knowing how courts have applied the defense in actual cases exceptionally important for HR pros. Here’s what the cases tell us.

But even in safety-sensitive jobs, the burden for employers can be high. In a 1985 Supreme Court case, for example, flight engineers challenged an airline’s requirement that they retire at age 60. The flight engineers were in the cockpit but did not operate the aircraft unless both the pilot and co-pilot became incapacitated. Noting that the exception is to be applied narrowly, the Court upheld a verdict for the plaintiffs.

Another thing we know from the cases is that an employer’s perceived customer preference for younger employees is not likely to be a valid reason to displace older workers.

Before taking action based on advanced age, HR pros must carefully consider whether they will be able to establish a BFOQ defense. The allegations in the new lawsuit present a classic case of when the defense is not available.