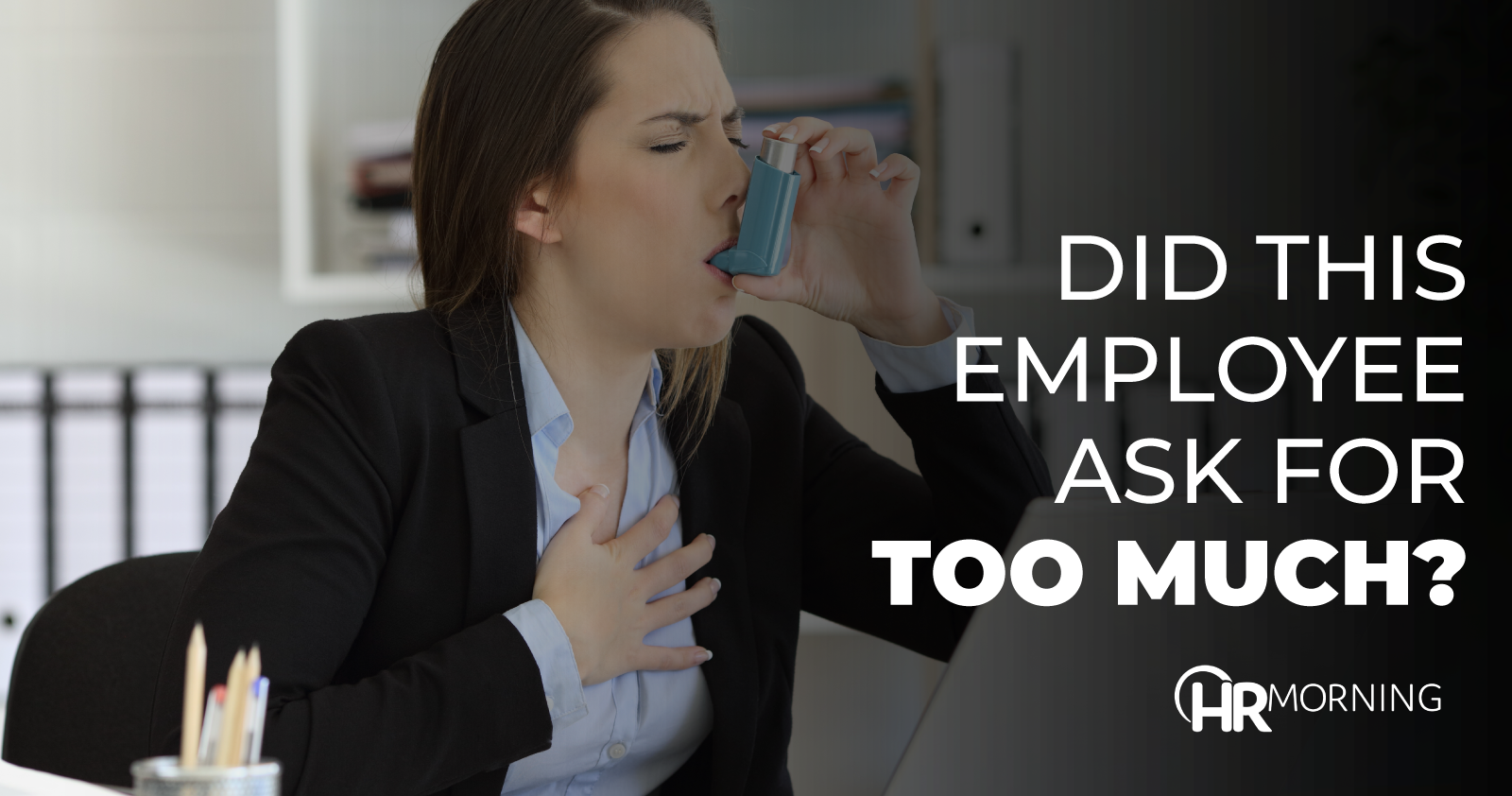 Bungornluck Rodda has asthma. She worked at the University of Miami as an administrative assistant beginning in July 2007. She was let go in November 2017.

The university said it terminated Rodda during a departmental reorganization. Rodda sued, alleging she was really fired because she has asthma. She asserted a violation of the Americans with Disabilities Act (ADA).

In 2014, Rodda sought an accommodation for her asthma. She requested that her workspace be relocated.

After a collaborative exchange, the school denied Rodda’s request. It said she needed to remain at her desk’s particular location so she could greet guests as part of her receptionist duties. Instead, the school provided alternate accommodations: an air purification system and periodic “fresh air breaks.”

Rodda wasn’t happy with the outcome. She filed an EEOC charge. The EEOC issued a right-to-sue letter. She didn’t take legal action.

Instead, in 2015, Rodda repeated her request to have her workspace moved as an accommodation for her asthma. The university said no.

The following year, Rodda made another formal request for relocation. Responding to her third request, the university offered to transfer Rodda to another building. Rodda declined the offer. She said she believed the new building wouldn’t have been any better.

After Rodda was let go, she filed an ADA lawsuit. She alleged that the university failed to provide reasonable accommodations for her asthma.

The school said the claim was time-barred. She filed an EEOC charge and received a right-to-sue letter in 2014. At that point, she had 90 days to sue, the school argued.

Although the 2014 claim was time-barred, the court explained that identical 2017 claim was not because “the latter request kicked off a separate interactive process and ultimately resulted in a separate denial of [Rodda’s] request.” (Emphasis in original.)

Under the ADA, an accommodation is considered “reasonable” only if it enables an employee to perform the essential functions of the job. Importantly, employees bear the burden of showing how a preferred accommodation would allow them to do so.

Here, the university explained that greeting guests was an essential function of Rodda’s job – and that required her to be at her desk in the building’s lobby.

The court also noted that the university showed its “good faith and willingness to accommodate” by offering Rodda a transfer to a new building – which she declined to accept. Rodda argued that the other “building was also ‘sick,’ but she offers no proof,” the court said.

Nor did she show how her preferred accommodation would allow her to do the essential functions of her job, the court held. As such, the claims failed.