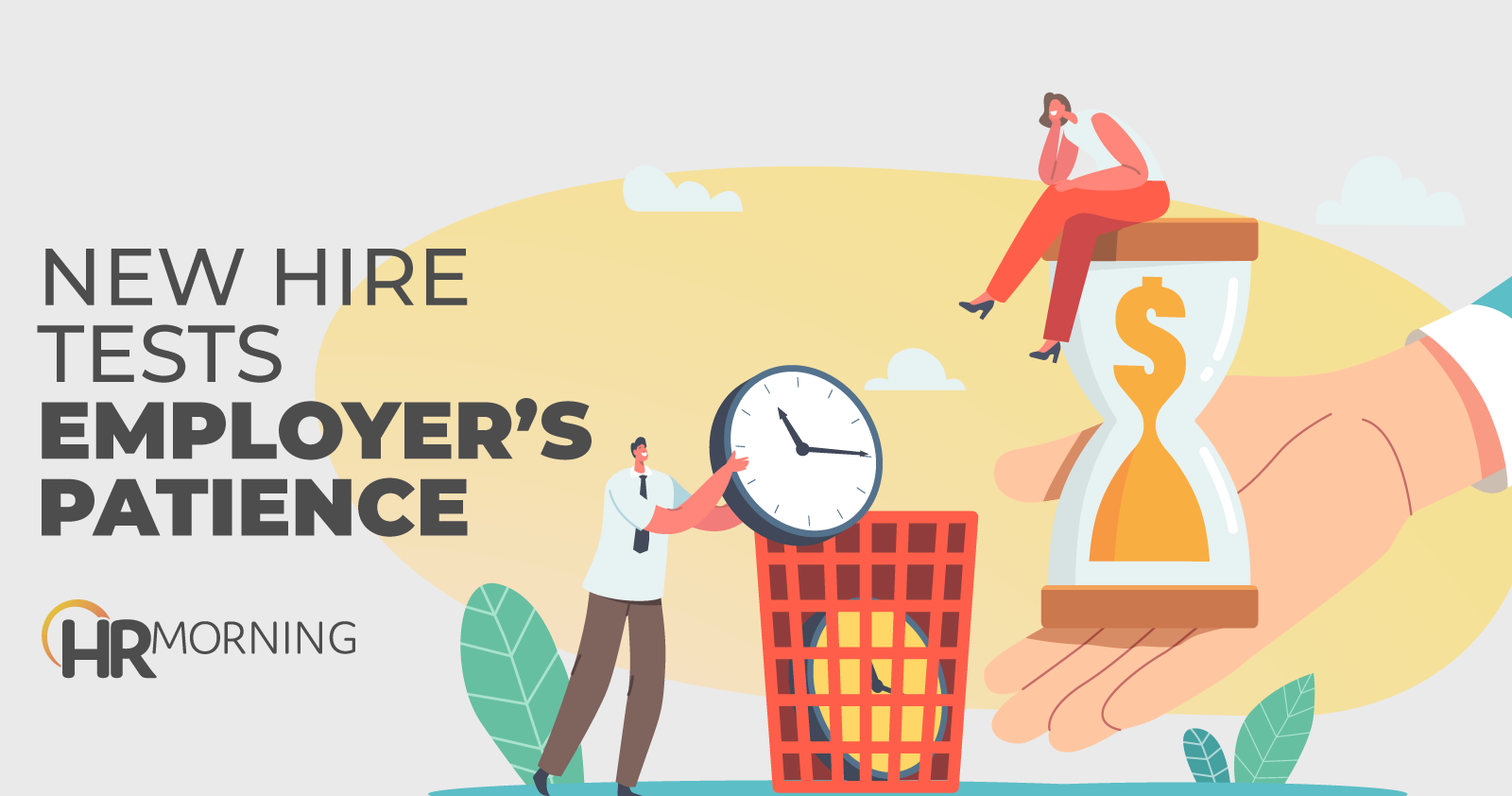 The employer waited for fingerprints and a drug test. And waited. And waited some more.

It eventually convinced a federal appeals court that a newly hired teacher’s employment contract offer could be revoked.

The teacher delayed required fingerprinting and did not undergo drug testing before the start of a school year.

When she signed a contract, the teacher had over 20 years of teaching experience.

The contract said the district employed her subject to conditions. The conditions included the “acceptable outcome of the criminal history records review.”

The contract did not set a deadline to meet the conditions. A few days after she signed the contract, the teacher signed a form titled “Acknowledgment and Understanding of Drug Screen and/or Physical Process.” This document indicated that if she failed to get a drug test within 24 hours, the job offer would be void.

About three weeks after the teacher signed the contract, the district rescinded the offer. Why? Because she did not undergo fingerprinting and drug screening.

The teacher completed her fingerprinting and offered to take a drug test the same day. But the district said it had rescinded the contract.

She sued the school district in a federal court, which dismissed her case. It ruled that the district rescinded the contract before it became effective. On appeal, the Ninth Circuit found the contract explicitly conditioned the job offer on completion of the background check requirements.

Further, the teacher acknowledged that she was required to submit to urinalysis drug testing within 24 hours after she signed the Acknowledgment and Understanding document. The document indicated her failure to report for drug screening would result in the voiding of the job offer.

The court explained that when parties agree that a contract is not binding until stated conditions are met, no binding contract exists until they are.

Finding that the conditions precedent were not met in this case, the court held for the school district.