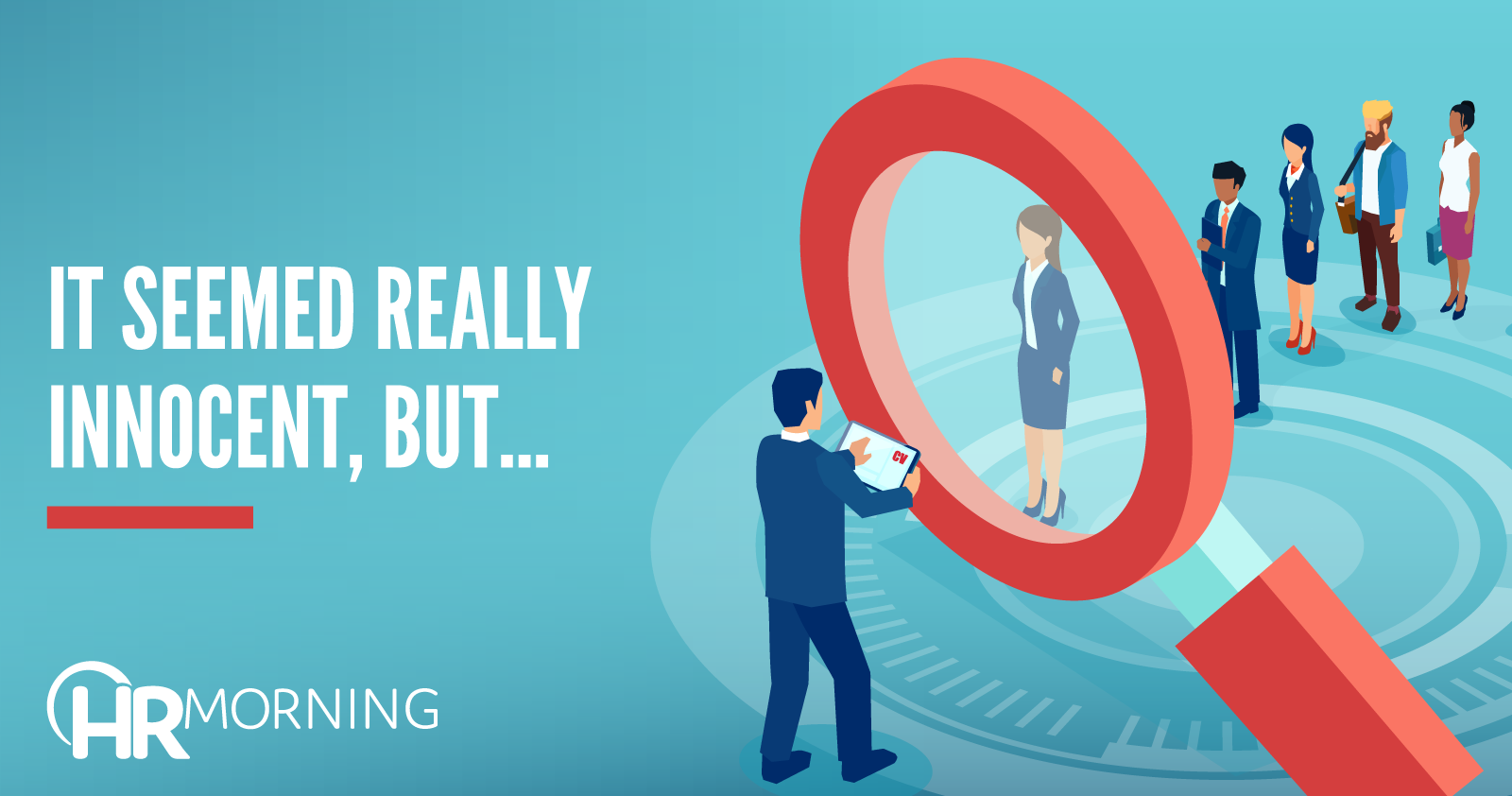 Do you conduct background checks on job applicants? If the answer is yes, this is an important case to know.

A state appeals court in California has revived a putative class action suit that accuses an employer of willfully violating the federal Fair Credit and Reporting Act (FCRA) by providing job applicants with an improper disclosure relating to its acquisition and use of consumer reports.

But even that seemingly innocent addition can lead to big problems, as the employer in this case is learning.

Be Careful With Background Checks

The disclosure inadvertently included the footnote.

Under the FCRA, employers wishing to obtain consumer reports about job applicants must provide them with a “clear, standalone and conspicuous disclosure” (emphasis added) regarding its intent to do so. In addition, they must obtain the applicants’ consent to get the reports.

The statute broadly defines a “consumer report” as the communication of any information by a credit reporting agency relating to credit, character, reputation, personal characteristics, or mode of living.

In cases involving willful violations, plaintiffs can recover statutory damages of up to $1,000 in addition to punitive damages, costs and attorneys’ fees.

Hebert sued Barnes and Noble, accusing it of willfully violating the FCRA by giving her a disclosure that included extraneous information that was unrelated to the procurement of a consumer report. In other words, she alleged that Barnes and Noble violated the law’s mandate to provide a “standalone” disclosure that is unclouded by any other language.

Barnes and Noble asked a trial court to enter summary judgment in its favor, saying that Hebert could not win because there was no way she could show that it willfully violated the statute. It explained that the extraneous language (the footnote) in the disclosure resulted from an inadvertent drafting error. And it pointed out that it relied on the advice of outside counsel when it drafted the disclosure. That meant no reasonable jury could find that it willfully broke the law, it insisted.

Not surprisingly, Hebert disagreed. She said that at a minimum, a fact issue is present on the element of willfulness. To support that assertion, she said Barnes and Noble knowingly included “extraneous and confusing” verbiage in the disclosure.

The trial court granted the defense motion for summary judgment. It said there was no willfulness and that “the facts show[ed] nothing more than a mistake.”

Hebert filed an appeal, and a state appeals court reversed.

The appeals court said there is a triable issue of material fact on the issue of whether Barnes and Noble violated the FCRA by including the extraneous language.

Question Is for Jury

The question of willfulness under the FCRA is generally one of fact for a jury, the appeals court noted.

It added that there is evidence in the record from which a jury could find that Barnes and Noble recklessly violated the statute. And a reckless violation is a willful violation, it explained.

Under previous applicable precedent, it said, an FCRA violation is willful when an employer includes additional terms beyond a disclosure.

There was evidence that at least one Barnes and Noble employee knew the extraneous language would be included in the form, the court said.

The fact that Barnes and Noble used the form for almost two years also could indicate recklessness, the appeals court added.

The lower court’s judgment was reversed, and the case was remanded.