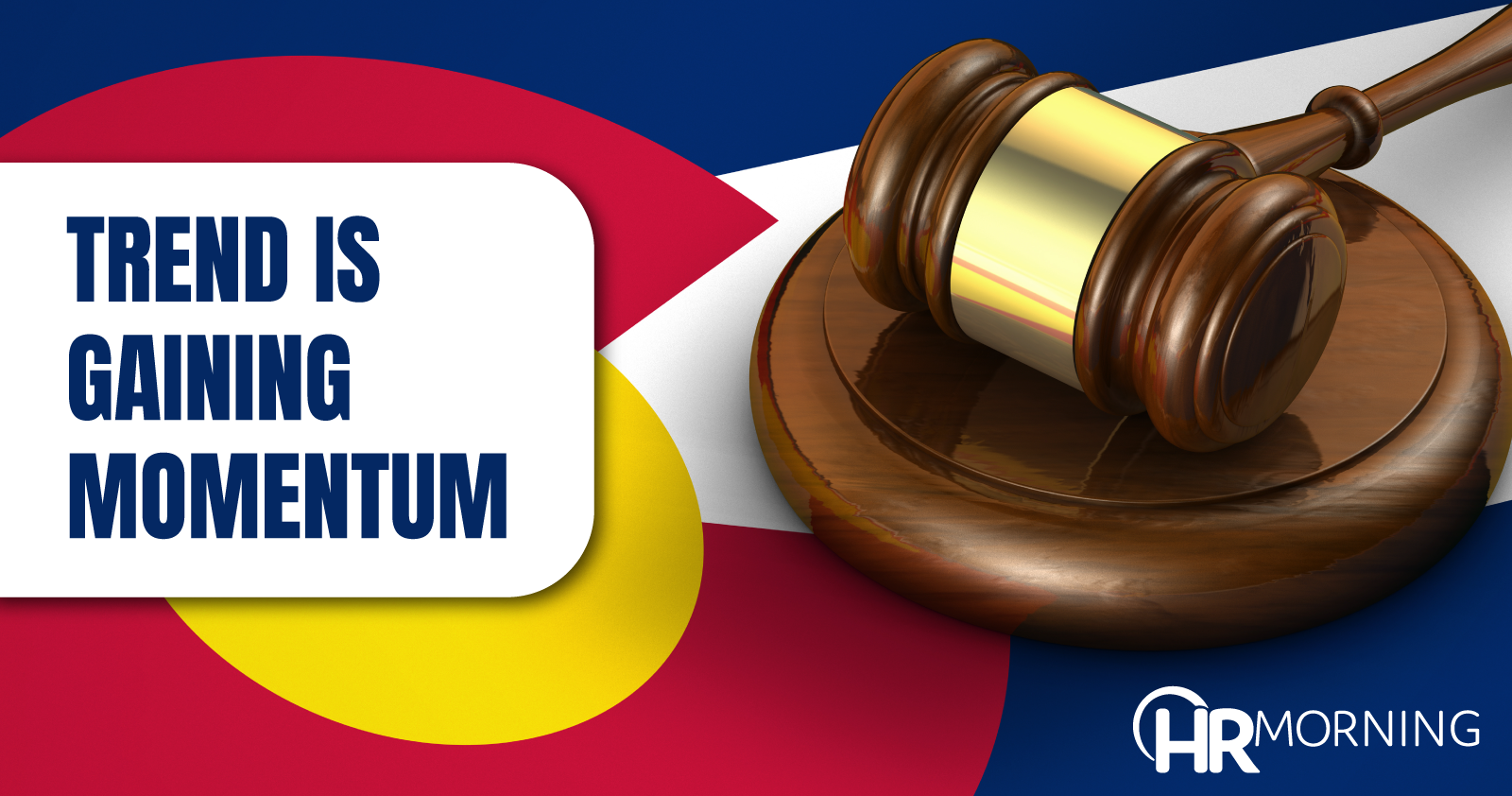 Colorado has joined a growing list of states that have passed what are known as “Clean Slate” laws, lending momentum to a trend that is likely to see additional states follow suit — perhaps in the near future.

Gov. Jared Polis signed Colorado’s Clean Slate Act into law at the end of May. According to the Clean Slate Initiative, Colorado is the seventh state to enact such a law. The growing trend began relatively recently: Starting with Pennsylvania, all seven states have enacted their Clean Slate laws since 2018.

What is a Clean Slate law?

In most states, individuals have the ability to file a petition to seal or expunge some types of criminal records, thus greatly enhancing employment opportunities.

But evidence shows that only a small fraction of individuals who are eligible for record-sealing or expungement do what is needed to complete the process. For example, one study found that in Michigan, 90% of those eligible to have their criminal records expunged don’t take the necessary steps to do so.

Why is this the case? In short, the process required to have a record expunged or sealed can be both unwieldy and expensive.

Enter Clean Slate laws. In essence, these laws obviate the need to navigate the often-cumbersome expungement/sealing process by automatically clearing certain criminal records after the passage of a prescribed time period and the satisfaction of any other set prerequisites, such as the successful completion of probation.

How the laws compare

To one degree or another, all state Clean Slate laws shield criminal records from public view once prescribed prerequisites are met.

The records that may be shielded as well as the prerequisites vary from law to law, and thus from state to state.

In Pennsylvania, for example, offenses eligible for Clean Slate include second- and third-degree misdemeanors that are punishable by up to two years in prison; summary convictions; and cases in which a charge was brought but no conviction resulted.

Records become shielded from public view when individuals have met all court-ordered obligations for 10 years.

In Colorado, by contrast, records relating to civil infractions will be sealed four years following final disposition. That time period extends to seven years for petty offenses and misdemeanors and generally to 10 years for felonies.

In Utah, only misdemeanor records are eligible, and the waiting period ranges from 60 days in cases of acquittal to seven years for drug possession and dismissals that derive from what is known as a plea in abeyance agreement.

And Michigan’s law creates a process to set aside eligible misdemeanors after seven years and certain non-assaultive felonies after 10 years.

A federal measure, introduced by Sen. Robert Casey of Pennsylvania, called for the automatic sealing of conviction records for certain offenses after one year. That measure proceeded no further than a referral to the Committee on Judiciary Action in late April of last year.

Proponents say Clean Slate laws provide deserved opportunities to those eligible for record-sealing under them. The Clean Slate Initiative reports that most HR pros believe people with criminal records perform as well or better than those without them – and that they have a lower turnover rate than others. They further point to evidence showing individuals are much more likely to be employed following expungement.

Opponents, on the other hand, have suggested that these laws may actually incentivize employers to discriminate by encouraging them to make inaccurate assumptions about minority groups.

In states with Clean Slate laws, HR professionals must be aware that background checks may not show criminal records that qualify for sealing or expungement.

Internet searches may otherwise reveal the presence of those records, but employers may face lawsuits if they make employment decisions based on sealed or expunged criminal records.

It is a dangerous practice for employers to rely on criminal records found online to make hiring decisions. Why? Because the retrieved information may be inaccurate or dated.

In states with Clean Slate laws, a best practice is to include a notice on job applications that specifically instructs applicants not to include any information about a criminal record that has been expunged or sealed pursuant to a Clean Slate law. In jurisdictions with “ban-the-box” laws, employers cannot ask about an applicant’s criminal history.

Whether to delve into criminal history in job interviews is also partially informed by whether a jurisdiction has a ban-the-box law. In those jurisdictions, early questions about criminal history are typically banned. Even in jurisdictions without such a law, asking about criminal history early on in the interview process can be risky. The EEOC has taken the position that questions about an applicant’s criminal past can lead to liability under Title VII. For example, the agency says, a criminal record-screening policy may disproportionately screen out a group that is protected under Title VII. If it does, the employer must show its policy or practice is both job-related and consistent with business necessity.

Clean slate laws are sure to continue gathering momentum, and employers should be prepared to make any needed adjustments to current hiring practices accordingly.