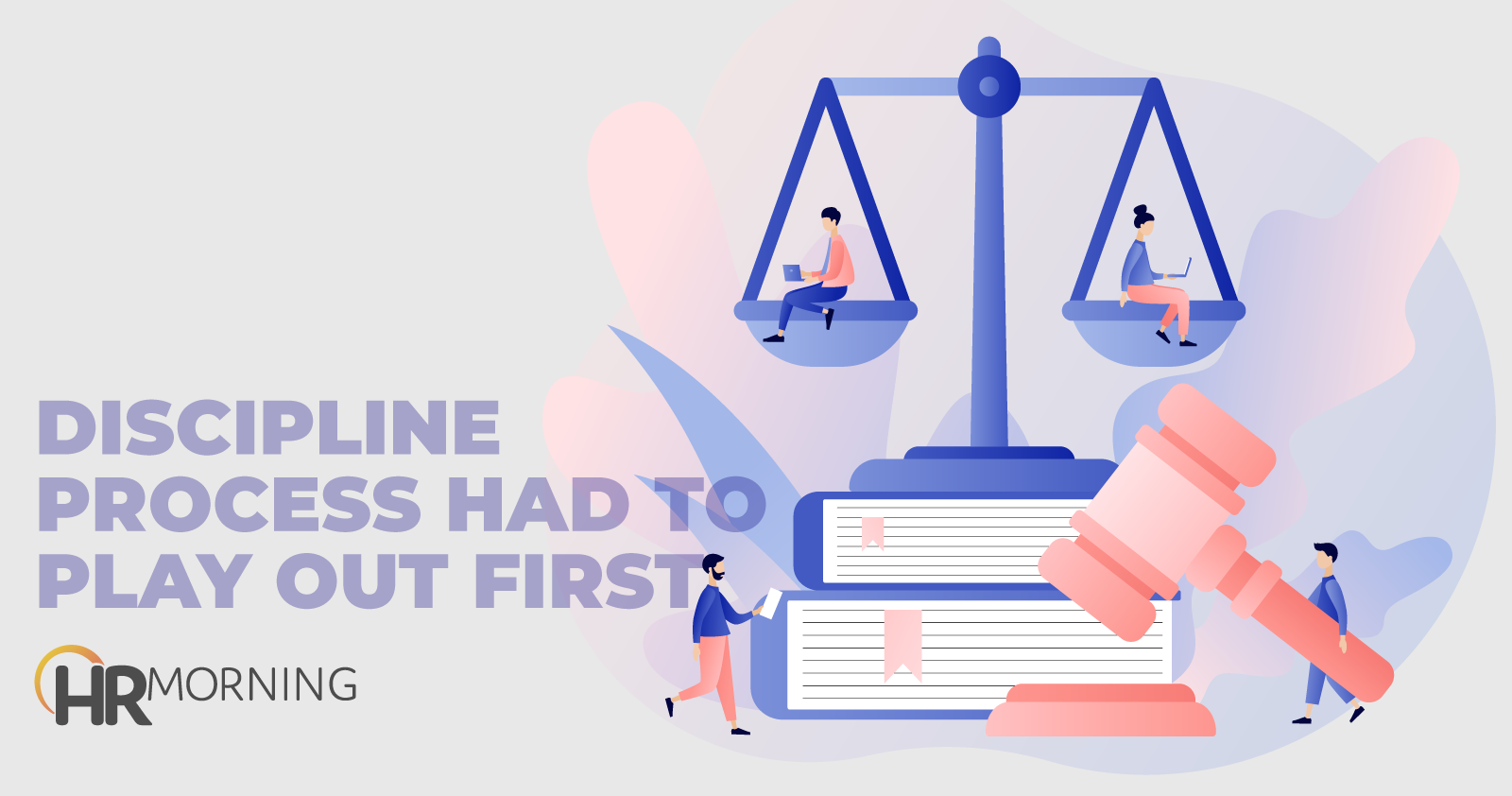 She asked a court for too much, and too soon. A judge refused to micromanage an employer’s disciplinary process.

A firefighter sued for sex discrimination while the incident she’s suing over was still being investigated.

She asked the court to order the city to “immediately” discipline another firefighter; not send him to fires; and to, apparently, appoint a different investigator.

The judge said no, finding that granting this order would improperly “micromanage” the fire department’s “personnel procedures and decisions[.]”

Under these circumstances, she can’t have a preliminary injunction, the Nebraska federal judge ruled.

There Was Already Bad Blood

Amanda Benson has been a firefighter/EMT for Lincoln Fire & Rescue (LFR) since July 2013. She works at Fire Station No. 1.

Capt. Shawn Mahler works at Fire Station No. 8. Their paths often cross when both stations report to the same fire or accident scene.

On April 22, 2021, Benson reported Mahler for retaliatory behavior, saying he’d disparaged her to another firefighter. Four days later, both were dispatched to a cardboard storage warehouse fire along with crews from three other stations.

At the scene, T8 was assigned to ventilation tasks. Benson asked the IC if he wanted T1 to help. The IC replied, “[I]f you can hook up with Truck 8, you can assist with ventilation getting one of those doors open.”

Was He Responsible for Their Safety?

Benson believed Mahler was group ventilation supervisor, which would make him her and her crew’s supervisor. When no group supervisor is designated, a crew’s captain remains its supervisor

LFR Safety Management Policy, incident command policies, and department best practices requires group supervisors to maintain voice, visual, or physical contact with personnel under their command and provide them direction about their assignment while inside the building.

Benson approached Mahler to ask how her team should help with ventilation but says he ignored her repeated requests for direction, ultimately only saying that T8 was going to open some overhead doors.

When he went into the warehouse, Benson and her crew followed him in.

Did He Put Them in Danger?

The smoke was so heavy inside that Benson could only read a name on a helmet if the person was within a foot of her and couldn’t see the outline of another person from more than a few feet away.

Benson worked on getting T1 to safety. She used her thermal-imaging camera to identify the direction of the fire so as to find a hose line to safely follow out of the building.

But then a crew member’s low-oxygen alarm went off. They immediately left the building to switch out oxygen cannisters. Once they did, T1 was assigned to replace T8.

As T8 exited the building, Benson says she approached Mahler to say her team was taking over for T8 and needed to know what it had been working on in the building. She says he refused to look at her and said only, “[C]hasing hot spots on the Charlie side,” before walking away.

Benson filed an internal complaint, accusing Mahler of retaliation and sex discrimination, claiming he didn’t fulfill his duty as group supervisor but instead abandoned her and her crew in a dangerous situation.

No member of Benson’s crew or Mahler’s crew thought Mahler was a group supervisor as they hadn’t heard the IC designate him as such over the radio.

The IC later said, “T1 or T8 was not designated a ventilation group supervisor and neither T1 or T8 requested or acknowledged that they were ‘working for’ or ‘working with’ the other crew …. it was not my intent to have T1 work for T8.”

After reviewing an audio recording of the response to the warehouse fire, the chief found it “indisputable” that Mahler and Benson were operating as peers.

There was also evidence that Benson knew how to safely exit the warehouse.

The investigator found no merit to Benson’s allegations. She specifically found that Mahler did not supervise Benson – and that Benson had been inside the warehouse before her crew followed Mahler in and thus she knew how to make a safe exit.

She Files a Grievance – Then a Lawsuit

On June 9, 2021, Firefighters Union Local 644 submitted a grievance, claiming the investigation was insufficient. The city attorney hired an outside lawyer to conduct a third-party independent investigation of Benson’s allegations against Mahler.

Instead of waiting for the outcome, Benson sued two days later. Her suit alleged sex discrimination, harassment, and retaliation under Title VII, Nebraska law and Section 1983. She named the city and eight individuals, including Mahler, as defendants.

She argued this was needed to stop him from retaliating against her, saying he’d “abandoned her and her crew in a burning warehouse with nearly zero visibility[.]”

Why The Judge Said No

The court refused to grant the injunction, finding the relief she requested was “not to remedy discriminatory employment practices, but to impose directives upon LFR regarding whom it should discipline, whom it should send to fire scenes, and whom to investigate — issues in which federal courts should not be involved.”

She also failed to show she needed a court order to stop Mahler from retaliating against her as she hadn’t shown he’d retaliated against her in the first place.

As the evidence showed she was the only person who believed he was a group supervisor, she couldn’t show he had a duty to direct or supervise her and her crew but instead had abandoned them in a dangerous situation.

The judge found that “it is not in the public’s best interest for a court to dictate when and how LFR investigates, disciplines, and suspends its employees from service” – and that the potential harms to the public and the other parties weighed against granting her the injunction.