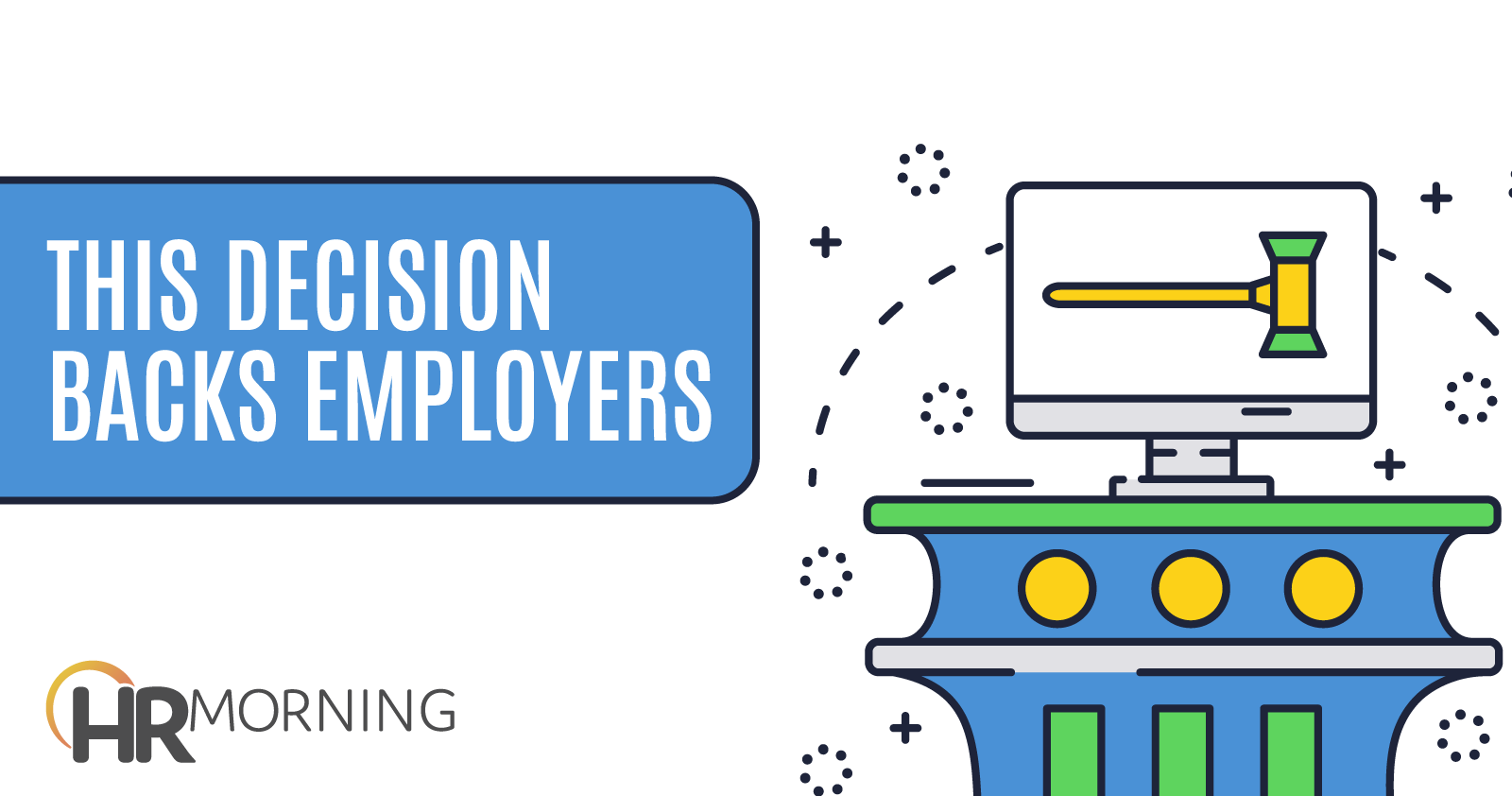 A new ruling from a federal appeals court favors employers who seek to steer employees toward arbitration and away from a courtroom in the event of an employment-related claim or dispute.

The ruling makes it relatively easy for employers within this court’s jurisdiction to show they provided fair notice of a new arbitration rule – and that their employees agreed to arbitrate any claim that might arise.

Fisseha Gezu began working for Charter Communications in December of 2007.

Nearly 10 years later, Charter sent an email to all active, non-union employees. The email announced a new dispute resolution program that it called the Solution Channel.

Pursuant to the program, all employment-related disputes would be resolved via binding arbitration.

The email told recipients that they would be enrolled in the program unless they opted out within 30 days.

The email also contained a link to more detailed information about the Solution Channel program, including opt-out instructions.

If employees did nothing in response to the email, they were in.

Gezu did not affirmatively opt out of the program.

Charter terminated Gezu’s employment in May of 2019.

Without seeking arbitration, he sued Charter for discrimination based on his race and national origin. He asserted his claims under Title VII and 42 U.S.C. § 1981.

The U.S. Court of Appeals for the Fifth Circuit affirmed the district court’s ruling. That circuit court covers Louisiana, Mississippi and Texas.

The first was whether the parties entered into an arbitration agreement

If they did, then the second question was whether the agreement covers the claims that Gezu raised.

The court began its analysis by noting that in this jurisdiction, employment arbitration agreements are “broadly enforceable.”

Charter had to show that it provided Gezu with adequate notice of the change to his terms of employment and that he accepted the change, the court said.

As to notice, there was no question that the email clearly explained the arbitration program.

He Says He Never Read It

Gezu said the notice was insufficient because he never read the email. On this issue, the court applied what is known as the “mailbox rule.”

Under that rule, a sworn statement is evidence of mailing and creates a presumption of receipt.

Next up: Did Gezu accept the change to his employment terms?

First, it said, “Acceptance need not be anything more complicated than continuing to show up for the job and accept wages in return for work.”

Here, Gezu continued to work for Charter for more than a year after the email. The email explicitly told employees they were in if they did not say they were out. Gezu did not exercise the option to opt out within 30 days.

Charter sufficiently showed that Gezu received adequate notice of a modification to his employment contract and that he accepted the new terms of his employment, the appeals court ruled.

Gezu did not even assert that the claims he raised fell outside the scope of the arbitration agreement.

That left nothing more for him to stand on. The appeals court thus affirmed the lower court’s decision to compel arbitration.

Employers have many reasons for steering employees toward arbitration and away from courtrooms.

First, arbitration is generally a cheaper and less time consuming alternative to litigation.

Second, employers have a much stronger chance to preserve confidentiality with arbitration as opposed to litigation.

Third, they avoid the wild card of having a jury decide a case instead of an arbitrator.

There are also strong critics of mandatory arbitration. They say the process is tilted toward employers. They pay the arbitrators and are often repeat players in the arbitration process.