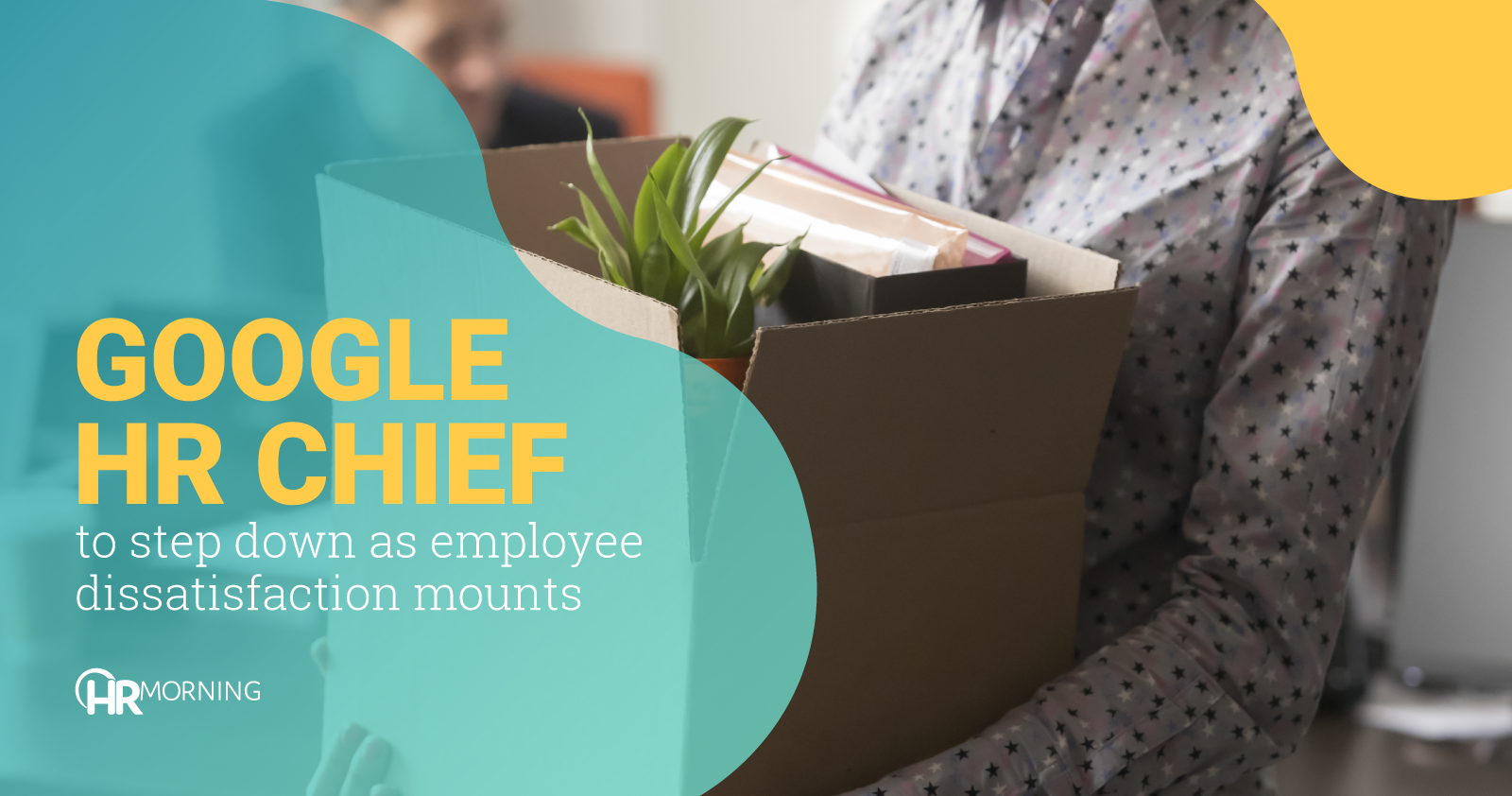 Google’s head of human resources, Eileen Naughton, will step down later this year amid rising tensions between the company’s top executives and rank and file employees.

The executive departure follows many months of highly public people issues at the company, including claims of pregnancy discrimination and an allegation of sexual misconduct by a senior executive at Alphabet, Google’s parent company.

After the executive was allowed to leave with a multi-million dollar severance package, 20,000 employees walked off the job to protest that decision and to highlight what they say is a lack of diversity at the company.

Google workers have also sent all-hands emails on issues ranging from sexual harassment and retaliation, to racial and gender-based discrimination, to Pentagon contracts. And a steady stream of those internal messages has leaked out onto social media and gone viral.

HR pros are always trying to balance the needs of the organization with all of the myriad issues employees bring to work each day. It is one of the biggest challenges in any business, whether you have five employees or 500.

At Google, Naughton had to find that balance for more than 100,000 people worldwide.

In the time since the 2018 walkout, Naughton tried to address the growing tensions at the company, putting procedures in place intended to make it easier and safer for employees to report misconduct.

She also worked to improve wages and working conditions for the thousands of temp and contract employees at the company.

But current and former employees say that the changes have not been enough to address systemic problems at Google and continue to call for more action by the company’s leadership.

With the company facing continued and vocal dissatisfaction among its rank and file, Naughton has announced she is giving up her HR role and will move to a different, unspecified job at the search and advertising giant after helping to find her replacement.