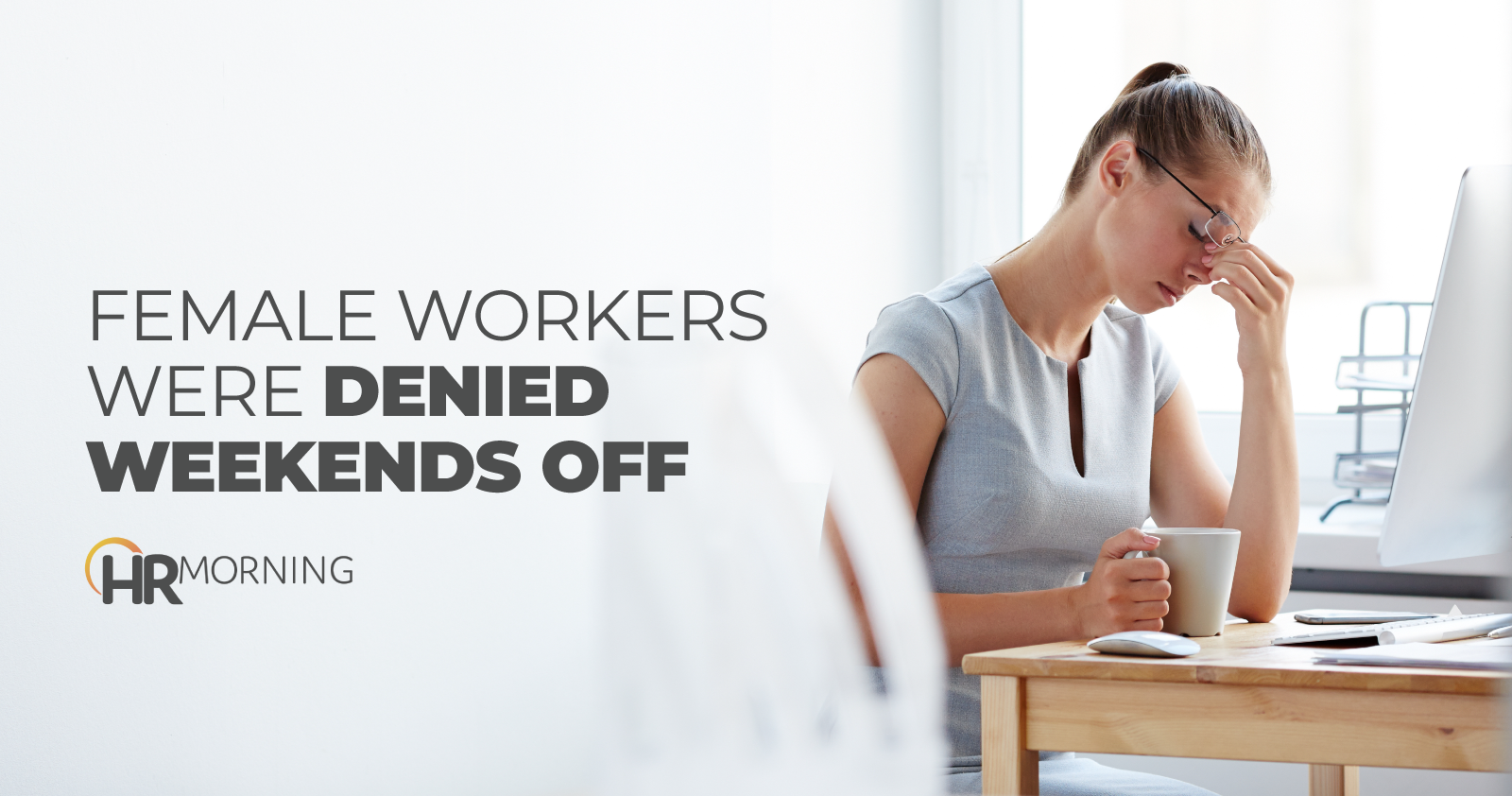 A three-judge panel of the U.S. Court of Appeals for the Fifth Circuit reluctantly affirmed a lower court’s decision to reject sex bias claims filed by female detention officers who – unlike their male counterparts — were not allowed full weekends off.

The appeals court’s ruling explains that before 2019, detention officer schedules were based on seniority. That policy changed in April of that year, when a new gender-based scheduling policy went into effect. Pursuant to that policy, only male officers were given full weekends off. Female officers, on the other hand, were allowed either two weekdays off or one weekday and one weekend day off.

The female officers talked to a lieutenant, a chief and human resources about the policy, but they would not change it.

Unlawful sex bias or no?

They sued the department in February of 2020, alleging violations of Title VII and Texas law. They specifically alleged that the department broke the law by discriminating against them with respect to the terms and conditions of their employment.

They seemed to have a strong case, especially since Title VII squarely bars discrimination with respect to the terms, conditions or privileges of employment based on sex. But when the county filed a motion to dismiss, a lower court granted it.

Why? Because under the law of the Fifth Circuit, they did not suffer an “adverse employment action.”

That’s a key term under the law that courts have applied in different ways. In the Fifth Circuit, an employment action is not adverse under Title VII unless it is an “ultimate employment decision,” such as hiring, discharging or promoting. And discrimination in scheduling doesn’t make the cut, the trial court said.

On appeal, a three-judge panel of the Fifth Circuit affirmed, but begrudgingly.

It noted how unusual it is to have a Title VII case where there is alleged direct evidence of discrimination. It was also quick to point out that “[t]he conduct complained of here fits squarely within the ambit of Title VII’s proscribed conduct: discrimination with respect to the terms, conditions, or privileges of one’s employment because of one’s sex.”

The panel also noted that the Supreme Court has explained that Title VII refers to “actions that affect employment or alter the conditions of the workplace.”

It is difficult to dispute that denying weekends off based on sex “affects employment.”

“[T]he county would appear to have violated Title VII,” the panel said.

But its hands were tied by the Fifth Circuit rule requiring Title VII discrimination plaintiffs to prove their case by showing that they suffered an adverse employment action – that is, an adverse action that constitutes an “ultimate employment decision.”

The panel agreed with the lower court that the denial of weekends off is not an ultimate employment decision. It thus affirmed the lower court’s decision to grant the county’s dismissal motion.

But in doing so, it referred to contrary precedent from the Sixth Circuit and the District of Columbia Circuit Court of Appeals.

And it added in closing that the case is an “ideal vehicle” for further review by the full Fifth Circuit Court of Appeals.

For now, however, some evenly blatantly discriminatory practices are just fine under Title VII in the Fifth Circuit’s jurisdiction.

The states within the Fifth Circuit are Louisiana, Mississippi and Texas.