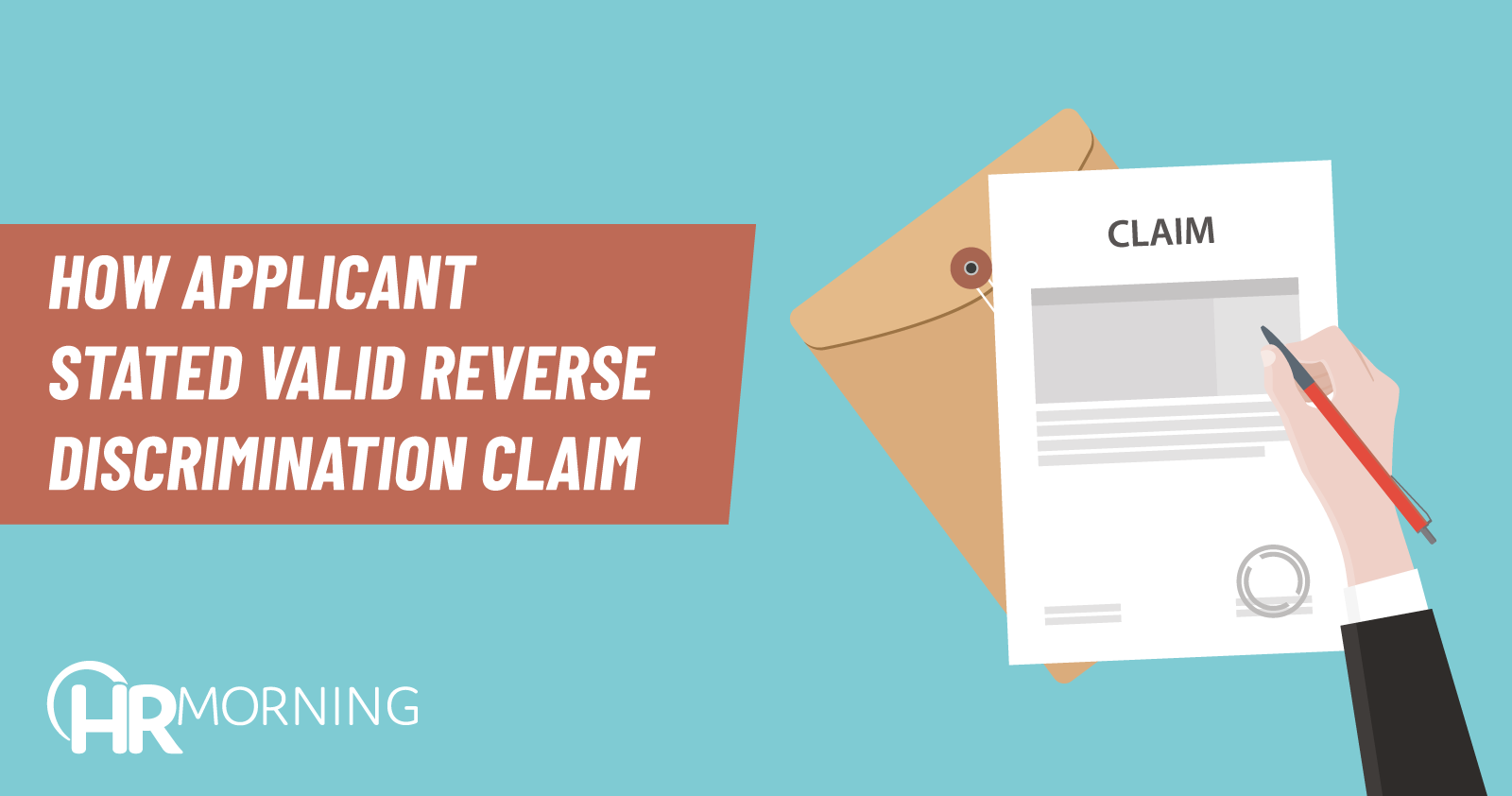 In 2018, Christian Sparks applied for a position as a Civil Rights Investigator with the Office of Equity at the University of Colorado. Sparks had nearly 20 years investigative experience, including in areas such as “sexual assault, Title VII … [and] professional misconduct.” Even so, Sparks was not selected for an interview.

Ultimately, the university offered the job to a female applicant, who accepted the position.

At that time, the Office of Equity department was already staffed with eight female employees and just one male employee.

The university filed a motion to dismiss, arguing that Sparks failed to state a valid claim because he isn’t a member of a protected class.

Under Title VII, both genders are protected from illegal sex discrimination, the court pointed out.

When a plaintiff – like Sparks in this case – is a member of a historically protected group, then the requirements of a valid claim shift a bit.

“In lieu of showing that he belongs to a protected group,” Sparks had “to allege background circumstances” showing that the school was “one of those unusual employers who discriminate against the majority,” the court explained.

Sparks insisted his claim was “not a reverse discrimination claim” because the school’s “Office of Equity historically favors women in its hiring decisions.” As such, Sparks asserted he “is not a member of a historically favored group in the specific circumstances of this case.”

The court disagreed. The Tenth Circuit – followed by this Colorado court – has recognized that male plaintiffs are members of “a historically favored group,” even in cases where they “have alleged that a specific employer favors women over men.” In such cases, the Tenth Circuit considers the claim “as one asserting reverse discrimination.”

Having established that Sparks’ claim was in fact a reverse discrimination claim, the court said he had to allege ”background circumstances supporting an inference” that the university’s failure to hire him “was based on gender discrimination against the majority.”

Pointing to the department’s office demographics, Sparks claimed the school “repeatedly and historically granted the female sex/gender de facto a form of preselected preferential discriminatory ‘super’ protection, even when it is non-meritorious [sic].”

He further alleged that he faced “substantial lost wages and future retirement as a result of the [school’s] discriminatory practice against his gender.”

The school argued that the department’s office demographics were irrelevant. It insisted that the “proper statistical comparison” was the applicant pool from which Sparks was not chosen.

The university argued that because Sparks didn’t make any allegations about the applicant pool, he failed to allege the necessary “background circumstances” to support his claim that the school’s hiring decision was discriminatory.

The judge was not swayed, explaining that the university “cited no legal authority demonstrating that such allegations are mandatory.”

Moreover, the Tenth Circuit has established that “a plaintiff who is a member of a historically favored group can nevertheless establish a prima facie reverse discrimination case based on the demographics of the defendant employer’s workplace or workforce,” the court explained.

In Reynolds v. School Dist. No. 1, Denver, Colo.,  the Tenth Circuit recognized that the teacher was “the only white employee in the otherwise all-Hispanic Bilingual/ESOL Department, and Hispanic supervisors made most of the employment decisions” that prompted the teacher’s complaint.  Acknowledging that “statistical evidence alone does not establish intentional discrimination,” the court found that such evidence “suffice[d] in this case to establish the ‘suspicion that the defendant is that unusual employer who discriminates against the majority.’”

Here, Sparks alleged he was qualified for the position but was not granted an interview. He also claimed that three of the four candidates selected for interviews were women, and that the university hired a woman to fill the position. Moreover, at the time the university made these decisions, the department  “employed eight women and one man.”

In response, the university pointed out that it did interview one man for the open position, which Sparks acknowledged in his allegation that three candidates called for interviews were women. Moreover, it stressed that the department’s director is a man. The university insisted that Sparks’ allegations failed to “suggest the hiring process discriminated against male applicants.”

At the motion-to-dismiss stage of the proceeding, the court said, it had to accept Sparks’ allegations as true. Applying Reynolds, the magistrate judge found Sparks stated a plausible claim of reverse discrimination based on office demographics. As such, the court recommended denying the motion to dismiss and allowing the case to proceed.

The Equal Opportunity Employment Commission (EEOC) has been involved in several significant reverse discrimination claims that led to expensive settlements for companies.

For more about sex discrimination and Title VII compliance, download the EEOC’s Sex Discrimination Fact Sheet, which contains specifics on what constitutes sex-based discrimination, and time limits regarding how long employees have to file a charge.