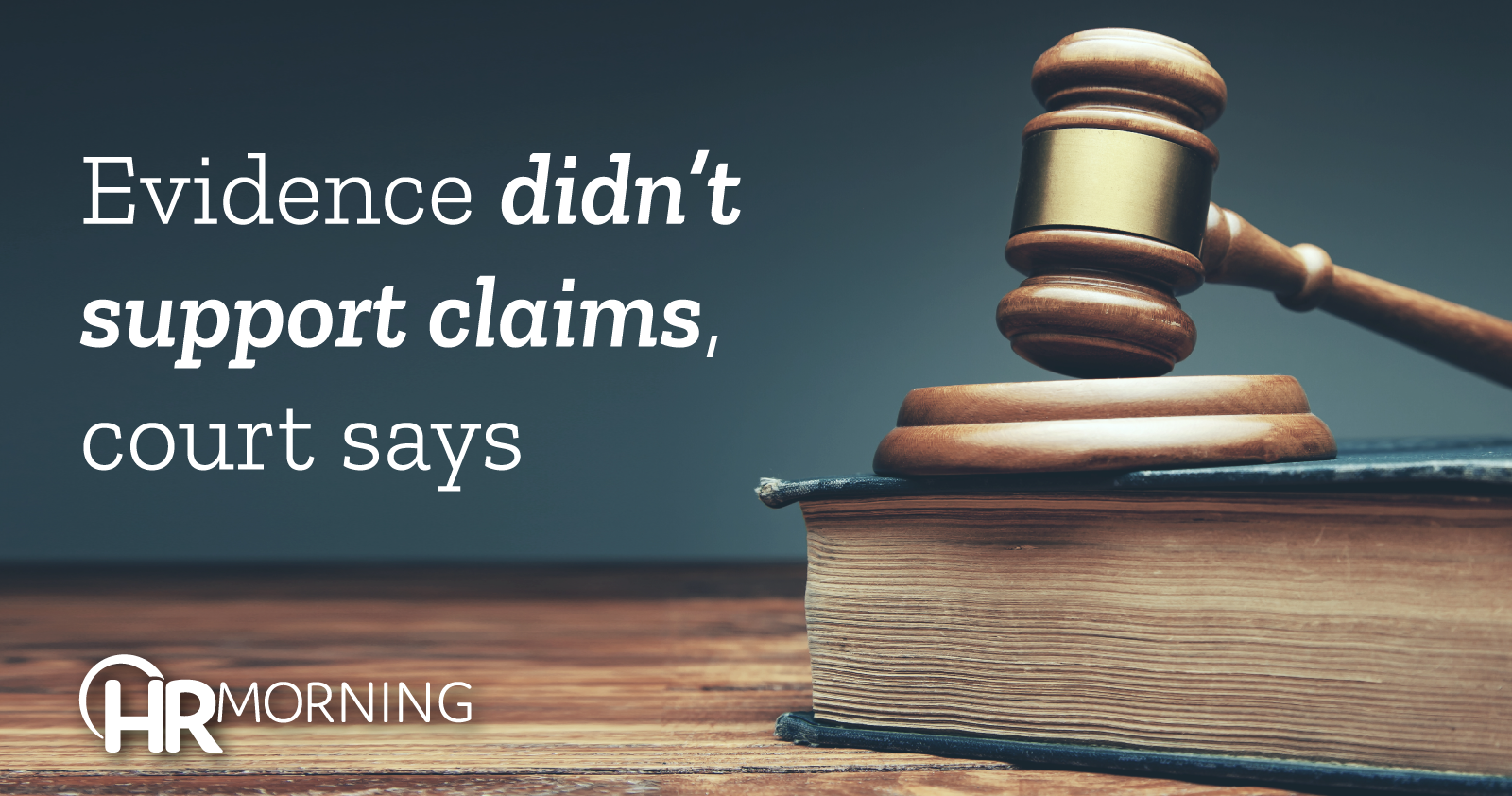 The U.S. Court of Appeals for the Fifth Circuit upheld a lower court’s decision that a former employee’s bias lawsuit did not adequately support her Title VII claims of discrimination based on race and gender.

Gwendolyn Hardison, who is African American, worked for the Natchitoches Parish School Board in Louisiana.

In her position, which she held from November of 2013 until January of 2016, Hardison supervised a program that disbursed financial aid to eligible families.

In 2015, an audit conducted by the state’s department of education indicated that 60% of the families that received aid through the program were ineligible for it. As a result, the board was required to refund nearly $80,000 to the department.

The board’s superintendent, Dale Skinner, placed Hardison on paid administrative leave while the board conducted an investigation.

Six months later, Hardison retired and submitted a formal letter of resignation through her attorney.

Hardison subsequently proceeded to sue the board and the superintendent under Title VII and a parallel Louisiana statute.

In her suit, Hardison accused the defendants of violating those laws by discriminating against her on the basis of her race and gender.

Hardison separately alleged that the defendants violated federal and state law by constructively discharging her from employment without due process of law.

In addition, she alleged intentional infliction of emotional distress as well as defamation.

A lower court granted the school board’s motion for summary judgment. It ruled that Hardison did not establish a preliminary case of discrimination under Title VII.

Alternatively, it ruled that the board had a legitimate reason for the actions it took; that Hardison did not show she had been subjected to any disciplinary action in violation of Louisiana’s Teacher Tenure law; and that she did not show the board acted with malice with respect to any allegedly defamatory statements that the board made.

A panel of the Fifth Circuit affirmed the lower court’s ruling.

It explained that because Hardison’s Title VII claims relied on circumstantial evidence, they were subject to a burden-shifting analytical framework. First, Hardison had to show she was a qualified member of a protected group and was subjected to an adverse employment action – and replaced by or treated less favorably than someone who is outside of her protected group.

If she made that showing, the defendants had to offer a legitimate reason for its actions. If it did, then the burden would shift back to Hardison to show that the proffered reason or reasons were in fact pretextual rather than real.

In an attempt to meet her initial burden, Hardison alleged that she suffered a discriminatory adverse employment action under Title VII when Skinner placed her on paid administrative leave.

She said that while she was on leave, neither Skinner nor anyone else with the district gave her any updates on the status of the investigation. She also said no one ever asked her for her explanation regarding the funds that were spent improperly.

In essence, she said the defendants left her in limbo and effectively forced her to resign. Her employment ended as a result of constructive discharge, she alleged.

The appeals court said that under the circumstances, Hardison’s placement on paid leave “arguably might” have constituted an adverse employment action under Title VII.

But it declined to definitively resolve that question, instead rejecting Hardison’s Title VII claims on the basis that she did not show she was treated less favorably than any similarly situated employee outside of her protected class under circumstances that were identical or nearly identical.

Hardison made “passing reference[s]” to a white, male co-worker who she said was never placed on leave even though he was responsible for financial losses, the court said. But her evidence was not enough to show she was similarly situated to the co-worker or that her conduct was nearly identical to his, the appeals court determined.

For good measure, the court added that Hardison’s Title VII claims would not have been able to proceed even if she had met her initial burden.

This was because she did not rebut the board’s legitimate proffered reason for its decision: that it was investigating a program that she supervised and that “had gone seriously awry.”

The appeals court rejected Hardison’s remaining claims and affirmed the ruling in favor of the board and superintendent.