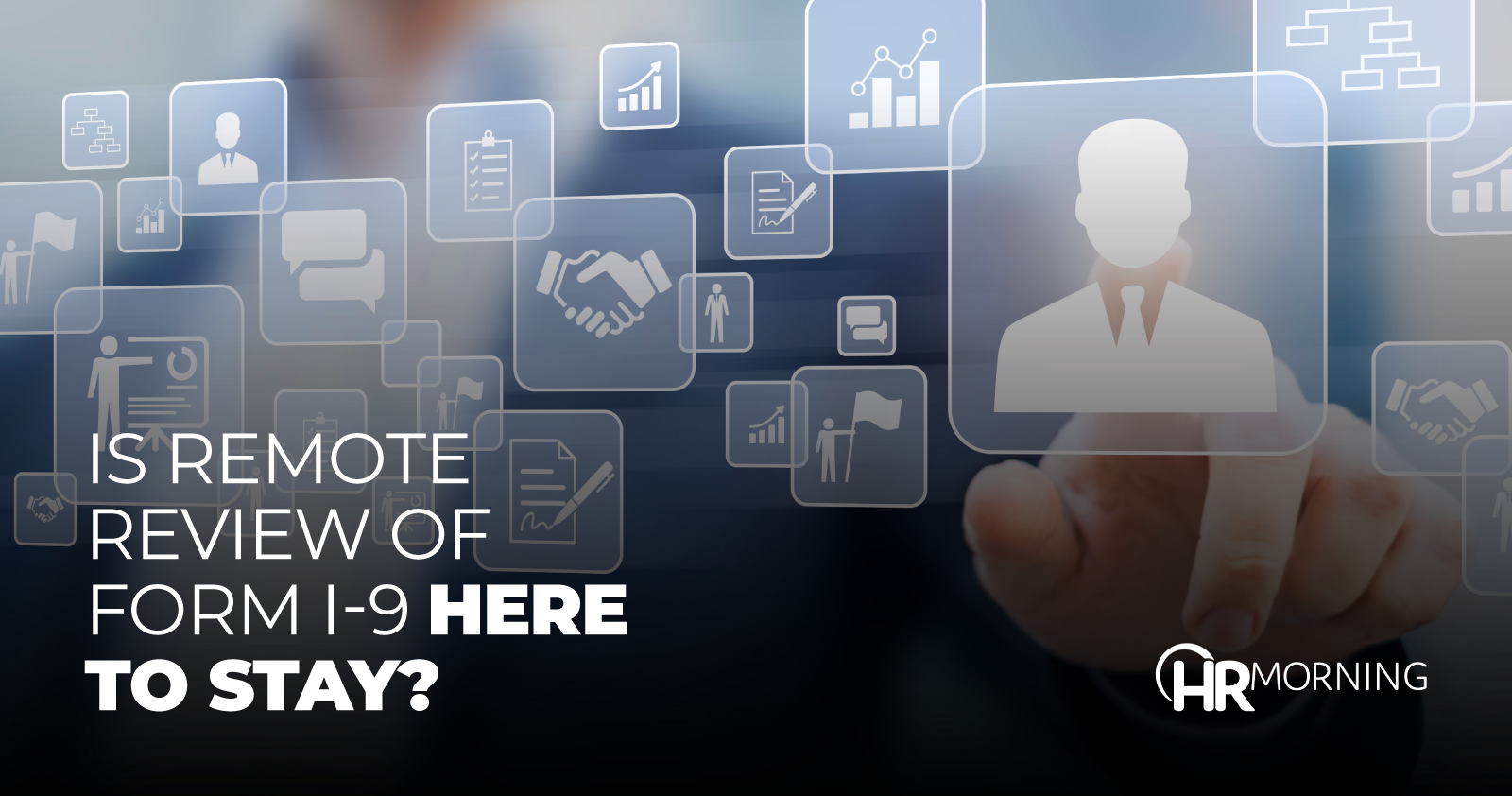 A few weeks ago, we told you about an extension to the I-9 remote filing flexibility, set to end on Oct. 31, 2022. Now, the Department of Homeland Security (DHS) and U.S. Immigration and Customs Enforcement (ICE) are looking to make that change permanent.

A notice of proposed rulemaking (NPRM) has been released to be formally published on Aug. 18. If approved, the new rule will permanently allow the remote verification of Form I-9 identification documents for employment eligibility verification.

The change was proposed because the “DHS anticipates that work patterns for many employees may be permanently affected.” The NPRM specified that the rule “would not create such alternatives but would instead formalize the authority for the Secretary to extend flexibilities, provide alternative options, or conduct a pilot program to further evaluate an alternative procedure option … for some or all employers, regardless of whether their employees physically report to work at a company location.”

Proposed changes to Form I-9

The DHS proposed a new framework to implement these procedures under a pilot program, the determination that remote inspection offers the same level of security, or as a temporary measure in cases of public health or national emergency.

If the rule does go into effect, there will be changes to the I-9 form to allow employers to indicate whether an alternative option was used. Specifically, they proposed a change to Sections 2 and 3, with an added box within the form that “an employer (or an agent acting on an employer’s behalf) would select to indicate that the employee’s documentation was examined consistent with the alternative procedure(s).”

The NPRM encourages public feedback with views, comments and arguments on all aspects of the proposed rule. They are also looking at feedback on several questions for the proposed change to avoid fraud and prevent discrimination, such as considerations for document retention, fraud detection and limits on which employers are allowed to use the alternative procedure.

The notice also acknowledged the potential impact of the proposed rule, such as new costs, but added that the “DHS is currently unable to fully quantify these potential impacts due to a lack of information about the specifics of a possible future alternative procedure.”