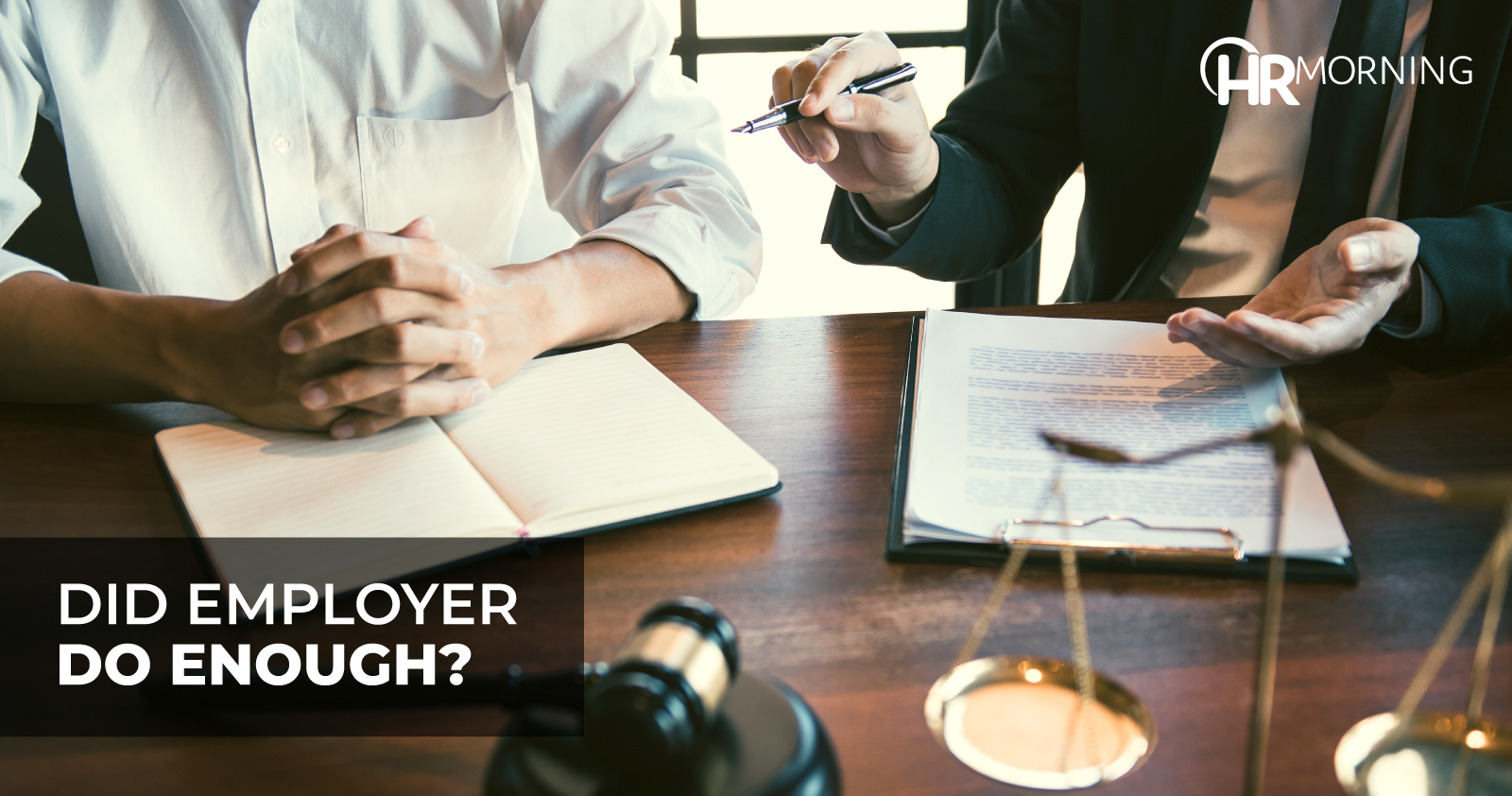 A federal appeals court upheld a federal district court’s decision to reject a university employee’s claim that her employer did not meet its reasonable accommodation duty under the Americans with Disabilities Act (ADA).

In 2012, Jessica Ehlers began working at the University of Minnesota’s Boynton Health Service.

Two years later, she was diagnosed as having Temporomandibular Joint Syndrome, which is more commonly referred to as TMJ.

In 2015, the university transferred Ehlers to a new position. The new post was primarily a customer service position, and it involved answering customer questions by phone, in person and by email. It also involved resolving customer issues.

In the summer of 2016, Ehlers asked to take about six weeks of leave under the Family and Medical Leave Act. The leave related to Ehlers’ TMJ and the speaking involved with her job.

She asked for accommodation on her return, including a reduced schedule with a four-hour workday once or twice a week. The school approved that request. Ehlers then asked for much more — much more.

She asked for breaks from speaking, either every other hour or 15 minutes of each hour.

The school denied that request, saying that her job “cannot be restructured to a non-speaking or reduced speaking position.”

She also asked for reassignment to a different job, but there were no jobs that would accommodate her medical restrictions.

She eventually also sought additional nonspeaking breaks as needed and to not have her lunch period reduced due to the added breaks. She also asked for a phone to manage her break times and for an ergonomic evaluation of her workstation.

In addition, and according to the court’s decision, she asked to “minimize the need for her to use facial expressions” and to provide a quiet work environment.

Later, she sought a lifting restriction of not more than 20 pounds and a consultation relating to occupational medicine. She told the school she had been diagnosed with neck strain, back pain, hand pain, tedonitis, anxiety and PTSD.

The school eventually fired Ehlers because she could not work a full schedule, which it maintained was an essential function of her job.

She sued under the ADA, alleging discrimination, denial of reasonable accommodation and retaliation.

A lower court ruled against her, and she appealed as to the reasonable accommodation allegation.

The U.S. Court of Appeals for the Eighth Circuit affirmed the lower court’s decision.

Ehlers argued that she should have been reassigned to another position, pointing out that she identified eight different university jobs she said she could do.

But she did not provide the titles or descriptions of those jobs, and she only offered her own unsupported testimony saying she was qualified for them.

In light of her extensive work restrictions, the appeals court said, she did not make an adequate showing that she was qualified to perform those jobs.

The appeals court also rejected Ehlers’ assertion that the university did not do enough to engage in the interactive process contemplated by the ADA.

The school made a good-faith effort to help, the court ruled, and there was insufficient evidence that the school acted in bad faith. The ruling below was affirmed.