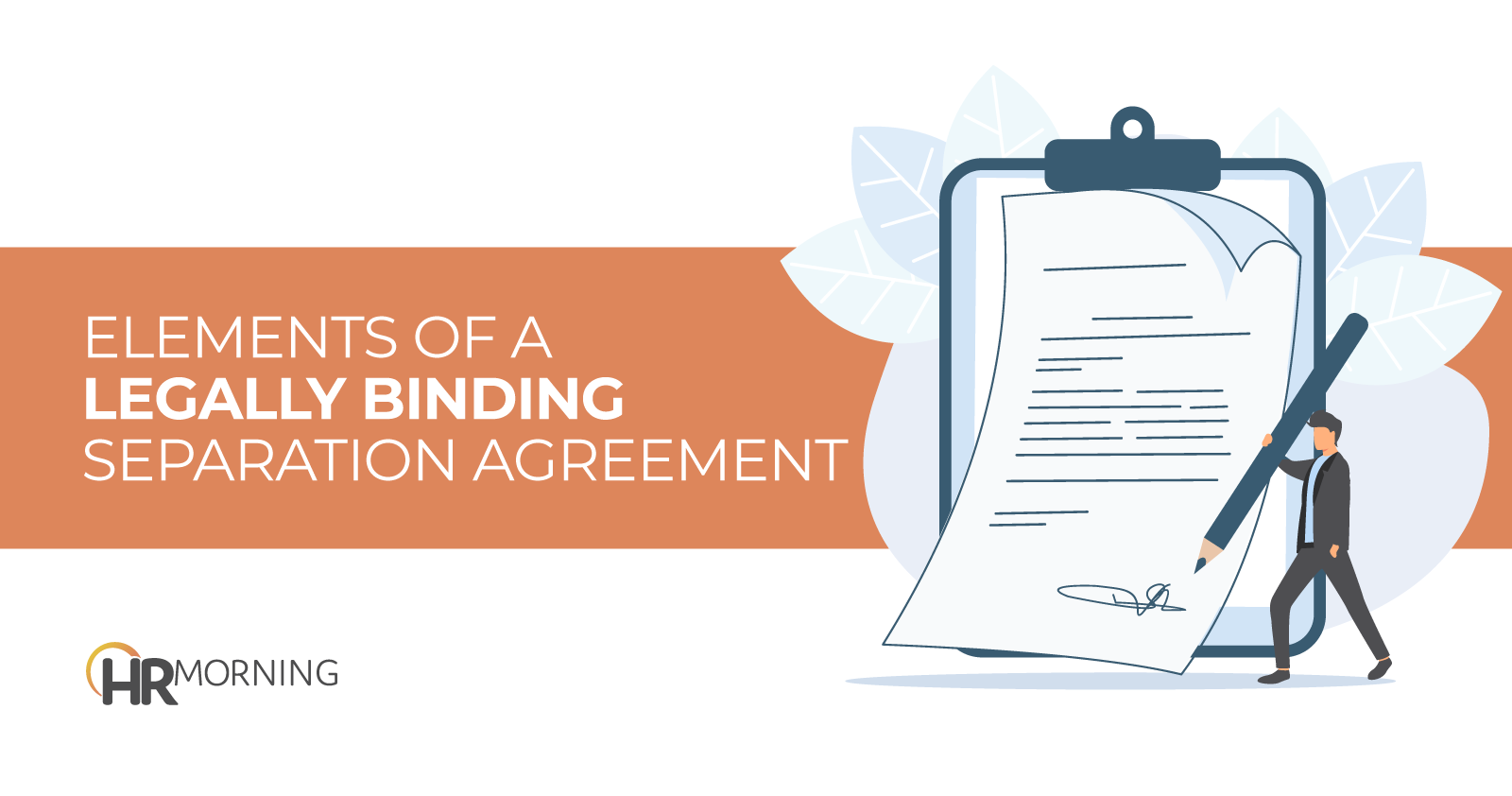 Terminations can be tricky – especially when an employee has recently been out on medical leave.

Case in point: A company fired an employee four days after she returned to work from a medical leave due to a head injury she suffered at a work event. She signed a separation agreement — and then she filed a lawsuit.

When the case reached the Second Circuit, it sided with the company. This example proves that even complicated terminations – when handled correctly – can be successfully defended in court. Here’s how this company won:

In August 2017, Spotify hired Valerie Pucilowski to work as a User Researcher. About a year after she joined the company, Pucilowski was diagnosed with depression, generalized anxiety disorder and ADHD. Through the fall of 2018, Pucilowski’s condition got worse, and she periodically worked from home to manage her symptoms.

In November 2018, Pucilowski attended a work event. There, she said she suffered a severe panic attack, “which caused her such immense distress and confusion that she became disoriented and hit her head.”

According to Pucilowski, she was diagnosed with a concussion that had a “severe impact on her health and mental well-being.” After the panic attack and concussion, Pucilowski worked from home intermittently. She said Spotify knew her requests to work remotely were related to her medical conditions.

Pucilowski claimed one of her supervisors made “various negative statements about her,” including that it “affect[ed] the team when [she was] out.” She claimed the supervisor “lambasted” her and said she needed to be “a consistent presence in the office.” She further alleged the supervisor “interrogated her about why she was taking time off from work.”

In January 2019, Pucilowski took a week off from work due to her concussion symptoms. She claimed that when she returned, she was “immediately scolded” by another member of the management team.

On Feb. 7, 2019, Pucilowski provided a doctor’s note, which stated that the doctor believed Pucilowski’s “prognosis [was] quite good” and “she could likely return” to her “usual potential” in two weeks. After receiving the physician’s letter Spotify granted Pucilowski two weeks off.

On Feb. 21, Pucilowski returned to work. And four days later, on Feb. 25, Spotify terminated her.

She claimed that she had “consistently received high praise from co-workers and supervisors alike.” Moreover, she said that Spotify “did not explain why it terminated” her employment.

What was included in the separation agreement?

As part of the termination, Spotify presented Pucilowski with a separation agreement and gave her 14 days to review the document before signing. Plus, the company gave her an additional seven days to revoke her signature.

According to Pucilowski, at the time she signed the agreement, she “lacked the requisite mental capacity to enter into the agreement and/or understand [its] terms and obligations” due to her “mental health conditions” and her “sudden unjustified termination.”

A federal court in New York dismissed her lawsuit, finding her claims were barred by the release provision of the separation agreement.

Pucilowski appealed to the Second Circuit, which affirmed the ruling in the company’s favor.

The nuts and bolts: What to put in a legally binding separation agreement

First things first: To hold up in court, separation agreements must be signed “knowingly, willfully and free from coercion.” In making that determination, courts look at several factors, including, but not limited to:

Regarding the third issue, the clarity of the agreement, the Second Circuit affirmed the finding that the language in the release “demonstrates the requisite clarity, unambiguously stating” that she released Spotify from “any and all claims,” including specifically mentioning the FMLA and related state law.

As to the fourth factor, the Second Circuit pointed out that Pucilowski received “two months’ salary in exchange” for signing the agreement – an amount that exceed what she was “entitled to by law or contract.”

Regarding the fifth and final factor listed by the court, the Second Circuit noted that she indicated that she agreed with the statement that she had “consulted counsel or had the opportunity to consult counsel about this … agreement.”

As such, the appeals court said the lower court made the right call. The separation agreement was “enforceable, precluding her claims.”

Pucilowski argued that the district court should’ve considered that she had signed the separation agreement “shortly after returning to work from a medical leave following a November 2018 head injury suffered on the job.”

The Second Circuit was not swayed, noting that Pucilowski herself provided a doctor’s note which stated that her “prognosis is quite good” and that she would likely be back to her “usual potential” in two weeks.

Importantly, this physician’s letter was dated a month prior to her signing the separation agreement. Under these circumstances, the district court “was not required to accept” Pucilowski’s “conclusory assertion” that she “lacked the mental capacity to enter into the agreement” or was unable to understand the terms of the agreement “due to her mental health conditions,” the Second Circuit held.

Thus, it affirmed the ruling in the company’s favor, finding the lower court correctly dismissed the FMLA and corresponding state law claim.