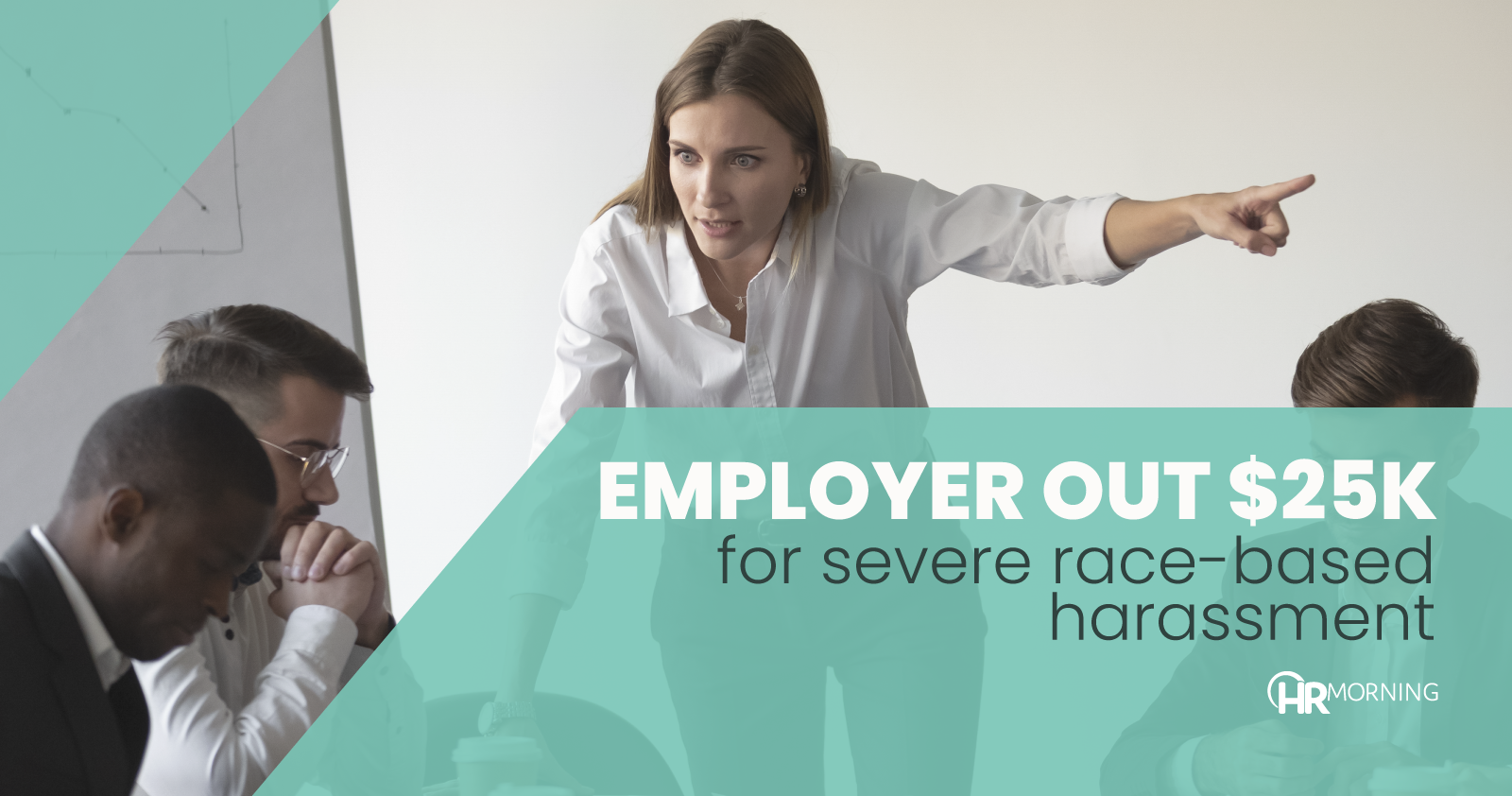 When one employee experienced racial harassment so severe he was forced to quit, the EEOC stepped in.

Driven Fence, a fencing company outside of Chicago, was hit with a lawsuit from the EEOC after permitting a racially hostile work environment.

According to the lawsuit, an African-American employee was continually subjected to racial slurs. Ultimately, when his colleagues hung a noose in the workplace and dragged him toward it, the employee quit for his own safety. The worker’s supervisor allegedly witnessed the incident and laughed, the EEOC said.

Driven Fence will pay $25,000 to the former employee and strengthen its harassment policies.