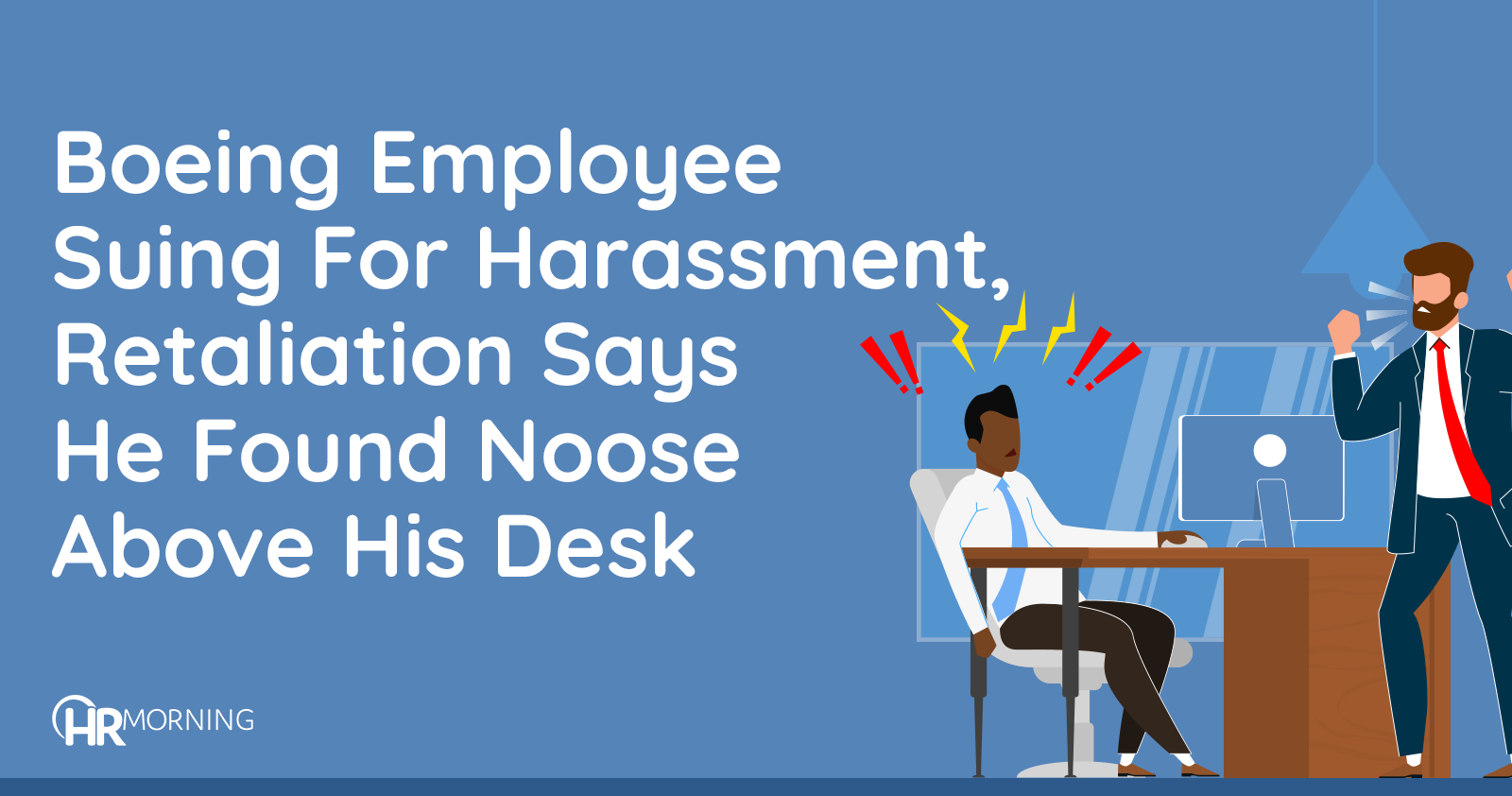 A long-time worker at Boeing’s North Charleston, North Carolina plant says that he has experienced repeated racial harassment at work for years, including finding a noose hanging over his desk when he returned from an off-site assignment earlier this year. He says the plant management retaliated against him for complaining about harassment by his co-workers.

Curtis Anthony is suing the company, alleging that Boeing allowed a hostile work environment at the plant where the aerospace giant builds its 787 Dreamliner plane.

A Boeing spokesperson told ABC News last week that it investigated the noose incident and identified and fired the individual responsible.

Anthony says that the noose incident followed years of racial harassment from some of his white co-workers beginning in 2017.

He alleges that he informed plant management about incidents including finding signs with racial epithets near his workspace and someone urinating on his desk and chair.

FMLA leave to deal with stress

In his suit, Anthony says that stress caused him to relapse in his sobriety and he took FMLA medical leave to seek treatment for stress.

Anthony says he also enrolled in Boeing’s Employee Assistance Program to help deal with the stress. Boeing’s website says its EAP provides up to 6 no-fee counseling sessions. The EAP helps workers address issues such as emotional and mental health, substance abuse and workplace-related concerns, including conflicts with a co-worker.

The company notes that Anthony’s requests for leave were “consistently and repeatedly approved,” but denies Anthony reported other incidents or experienced retaliation.

In addition to laying out his allegations of racially-motivated harassment, Anthony’s lawsuit claims that he faced retaliation after complaining to management about the alleged incidents and about workers using “the n-word several times” in his presence.

He claims Boeing moved him to a building with no air conditioning when he returned from FMLA leave and passed him over for promotion that went instead to “lesser qualified Caucasian workers.”

Was the company told of earlier incidents?

The company denied that Anthony reported harassment other than the noose incident. In a statement, Boeing told ABC News that Anthony ” is a valued Boeing South Carolina teammate, [but] there is no validity to his allegations.”

That could prove a critical claim in resolving the lawsuit.

In a 2017 case, a court found that, as long as a company didn’t subject an employee to any tangible employment action, it can avoid liability by satisfying two key criteria.

The court said in its ruling, “Failure to report harassment … deprives the employer of an opportunity to take corrective action and does not justify the failure to report.”

Anthony’s case could impact Boeing financially, in addition to any damage to its reputation.

Plaintiffs have received multi-million dollar settlements after showing employers in similar cases failed to protect workers from harassment or retaliated against them for reporting harassment.