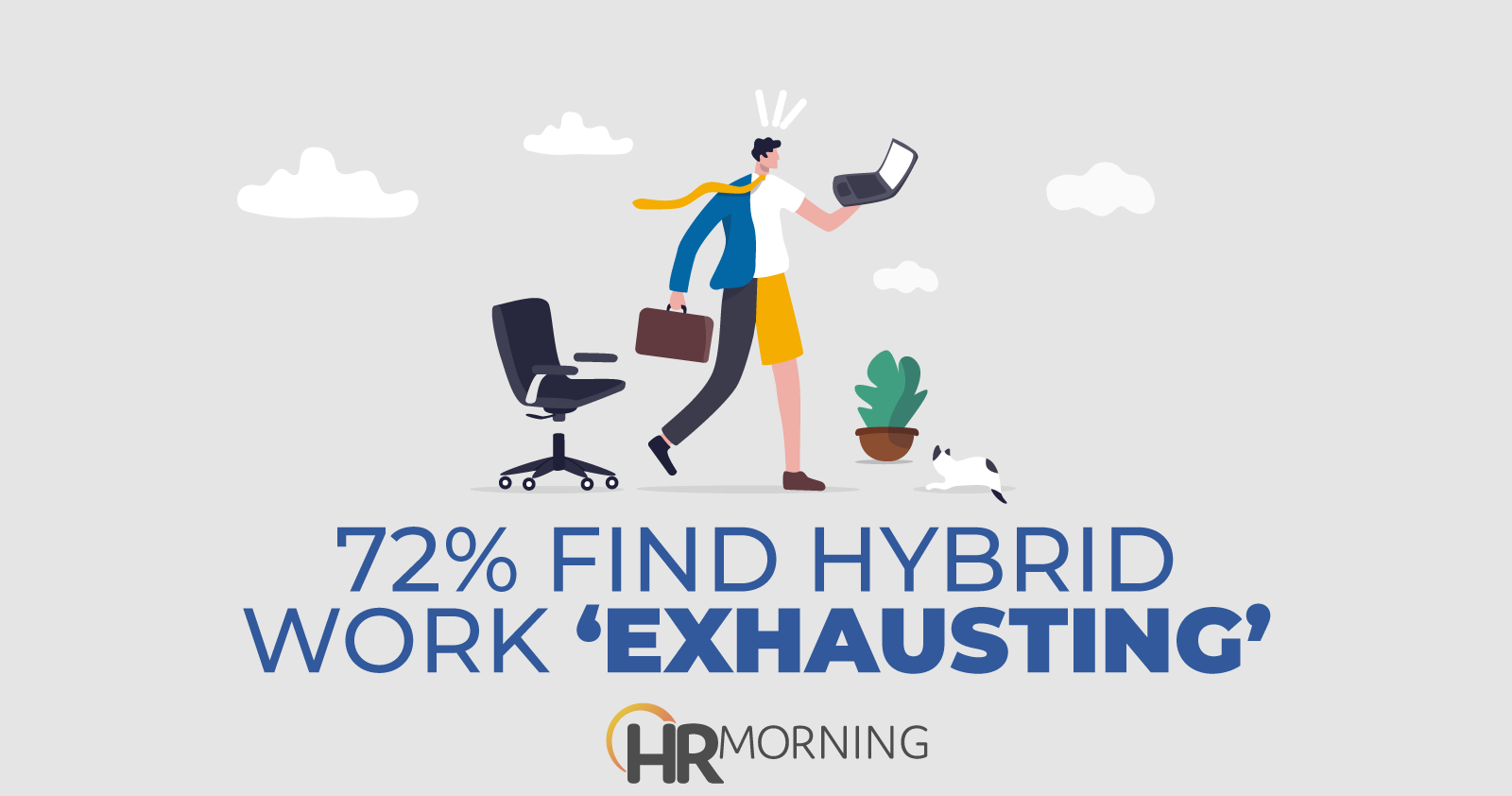 Heads up, HR pros. Your employees are much more exhausted than you may think, according to a recent survey done by TinyPulse.

Only 29% of employees reported not feeling that burned out, meaning 71% are “somewhat” or “very” burned out.

So what’s causing this level of exhaustion? A lot of HR pros (over 80%) think remote work is behind these high levels of burnout, but only 38% of employees say that’s the case. Employees listed hybrid work as the most exhausting work arrangement (72%), followed by in-person (57%).

There’s also some disagreement between HR and employees about which work arrangement results in the best performance. HR thinks hybrid is best (63%), while only 39% of employees agree. In-person work was voted the most productive arrangement by employees (44%). This suggests more employees may be open to full-time in-person work.

The study also examined how smoothly return-to-work plans went for companies. Sixty-two percent of HR pros think their companies kept promises during the return-to-work transition, but only 33% of employees agree with that. According to workers, the two biggest promises employers broke during this time were regarding pay and employee health and safety.

Though, overall, employees were pleased with how the transition back to the office went (66%).

Back in the office

So how many days a week do employees want to be in the office? Three days a week was the most popular option, with 45% of employees preferring that. Two days a week came in second at 27%, followed by four days a week (10%).

Also affecting employees’ opinions on being back at work are vaccine concerns. Eight in 10 workers are at least “somewhat concerned” about working in person with unvaccinated employees.

TinyPulse also asked employees about retention, and the majority (78%) said they were likely to stay at their companies for at least another year.

Going along with that, about half of HR pros believe it’s harder to fill open positions now than a few months ago. However, they do believe fears of the “Great Resignation” are a bit overblown.