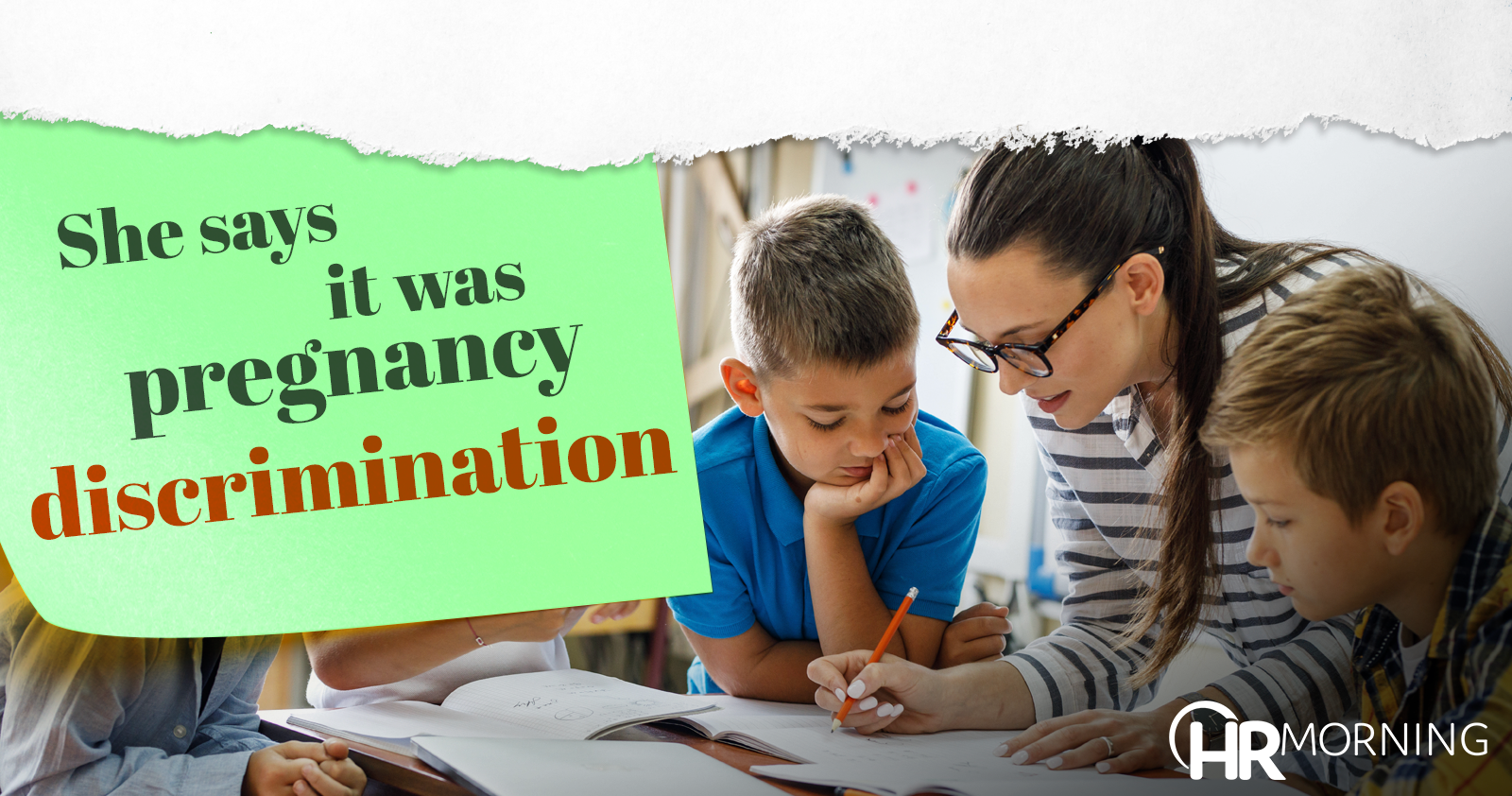 Discrimination did not drive a school district’s decision not to renew a middle school teacher’s contract, a federal district court in Virginia decided.

In 2014, the Smyth County School Board hired Jeri N. Davidson as a middle school teacher.

Starting about a month later, a number of parents began complaining to school administrators about Davidson.

They said she referred to a student as a “hemorrhoid in my butt,” put up a “Wall of Shame” in the classroom that posted the failing math grades of students, and made inappropriate social media posts involving students and parents.

The teacher defended the posts by saying that they “disappear.”

The school suspended Davidson with pay pending an investigation. School officials met separately to discuss whether to renew Davidson’s contract of employment. They talked about other concerns with her job performance. They worried that she was not meeting her obligations with respect to the production of a school yearbook. The school principal believed that Davidson lied to her about the yearbook’s status. The school decided to reassign the task to another teacher for completion, and it did not get finished on time.

And there were other issues as well. One student said that during lunch, Davidson forced a student “to write 100 sentences using words that began with the letter ‘d.'”

In addition, parents said Davidson dressed inappropriately and alleged that she yelled at students in the hallway.

The district did not renew Davidson’s contract, saying she acted unprofessionally and showed bad judgment.

She sued. She alleged that the district discriminated against her based on her pregnancy and disability of preeclampsia.

The district filed a motion for summary judgment.

The federal district court presiding over the case granted the motion.

As to that claim, the school district provided ample evidence that it did not discriminate. The district produced numerous declarations and documents indicating that it did not renew Davidson’s contract because it believed she lacked professional judgment and the proper temperament to be a teacher. Poor performance is a legitimate reason for termination, the court said.

Davidson did not meet her burden to show that the proffered reasons were false and that the real reason for her termination was pregnancy discrimination, the court said.

Next, the court rejected Davidson’s disability discrimination claim. Davidson based that claim on the Americans with Disabilities Act. And the court said the school district did not premise its decision on Davidson’s asserted disability of preeclampsia. It decided not to renew her contract before it learned that she had preeclampsia.

The court granted the defense motion for summary judgment.

Davidson said the case has been appealed to the U.S. Court of Appeals for the Fourth Circuit for further review.