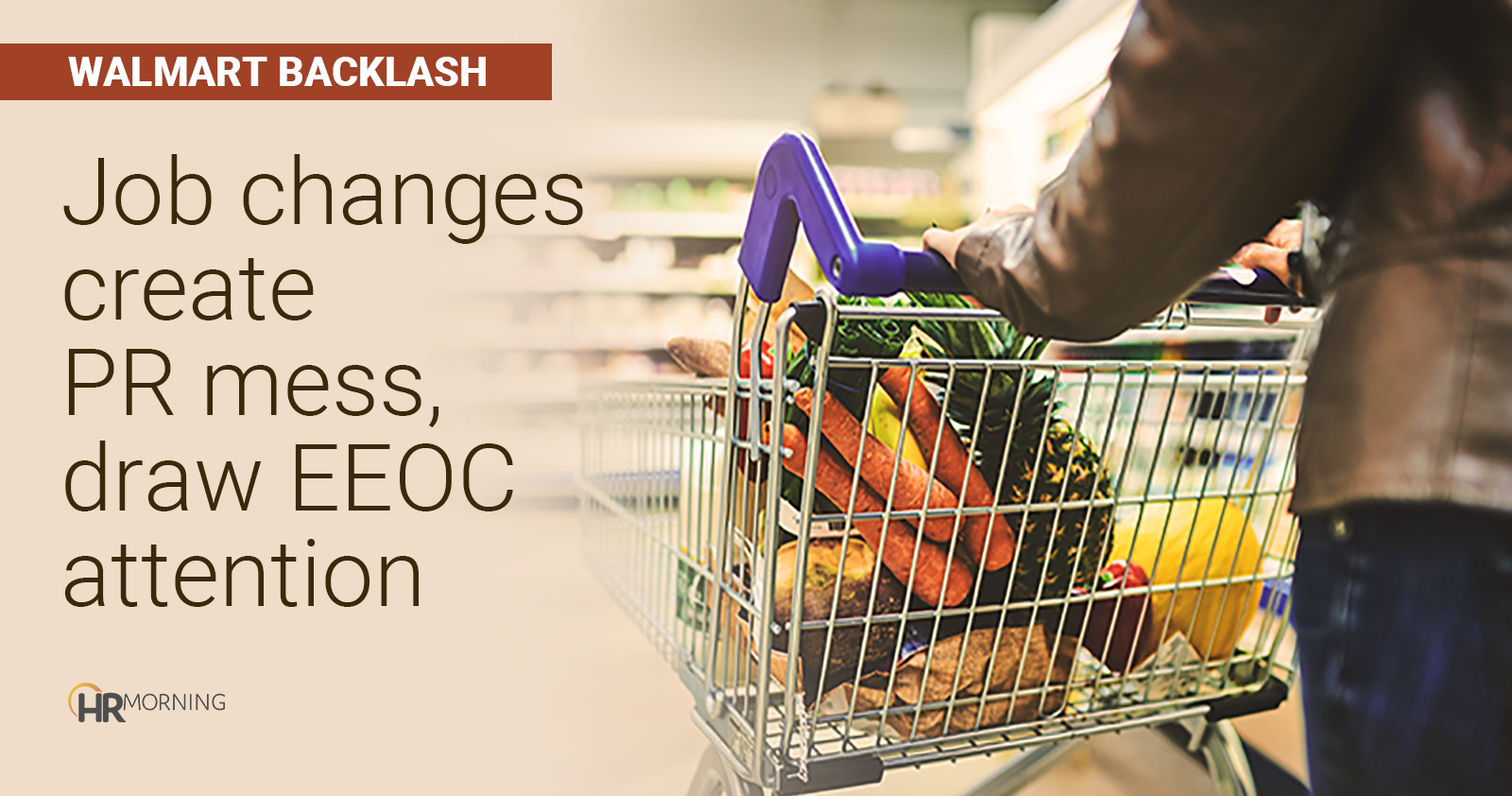 Walmart is already paying a heavy public relations price for its announced decision to eliminate the “Greeter” position at its U.S. stores, replacing those jobs with a new position it is calling “customer host.” Now it faces at least one lawsuit and numerous EEOC complaints alleging violations of the Americans with Disabilities Act.

The new customer host job description, scheduled to go into effect in April, includes a number of responsibilities that were not part of greeters’ jobs, including lifting up to 25 pounds, cleaning spills, collecting shopping carts, writing reports and standing for long periods of time.

Walmart is reported to have made the change for financial reasons as the retail giant contends with rapidly intensifying competition from Amazon, Target, and others.

While the changes were first made on a trial basis in 2015 and later expanded to all stores with a target implementation date of April 2019,  the job change attracted renewed attention and public outrage after a disabled employee’s mother wrote a Facebook post about her son losing his job. Many people Walmart employs as greeters are mentally or physically disabled or elderly.

After the intial backlash, the company announced that it was working to find new positions for its greeters and extended the 60-day notice period for those with disabilities. Those steps came too late to head off growing condemnation of the moves on social media and wasn’t enough to stave off legal action.

A former greeter in a Utah store filed a lawsuit in mid-March, and many other greeters with disabilities who lost their jobs have filed complaints against the company with the Equal Employment Opportunity Commission (EEOC). Experts say that the EEOC will likely look at whether Walmart should have explored accomodations that would enable more of its greeters to stay with the company even if they aren’t able to complete all of the tasks included in the new job descriptions

The decision to change the job description frrom Greeter to Customer Host likely makes some business sense for Walmart, but this situation is a good reminder that can’t be the only consideration when making a move that will impact disabled employees or other workers in a protected class. In addition to any damage that might happen to a brand, such moves will also create an opportunity for competitors in recruiting.