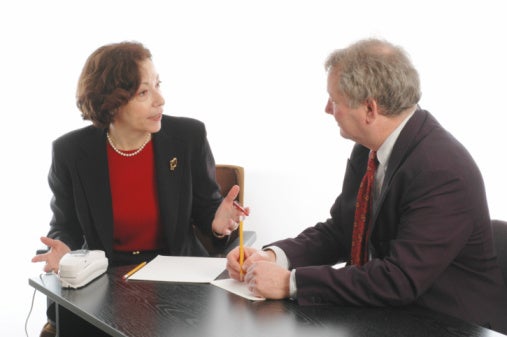 Are you ready for the three most difficult conversations you’ve had in a while?
The DOL’s changes to the FLSA white collar overtime exemption regulations aren’t just going to be a financial headache for employers; they’re also going to be a managerial dilemma.
If the final rule resembles anything close to the DOL’s proposal — which would crank up the minimum salary threshold for all exempt employees to $50K (or at least $47K) — large chunks of some companies’ workforces are about to go from exempt to non-exempt.
Financial implications aside, that creates a huge management problem: The change in classification could feel like a demotion to employees.

If you think employees will curse the Obama Administration for what could essentially be an overnight change in their work arrangements/classifications, you’re in for disappointment.
Odds are the average worker’s going to blame you, their employer. After all, not everyone keeps up to date with what the feds are doing. So, on its face, the shift from exempt to non-exempt status may come off looking like something your company did for its own benefit — unless you’re willing to set the record straight right now.
With the finalized rules slated to hit any day now, it’s time to prep for these awkward employee conversations the rule changes will spur:

Companies are facing a crisis of compensation. And this is the No. 1 question you should be pondering now:

If your answer is no, that begs three more questions:

No matter the determination you arrive at, it’ll require a carefully-crafted conversation — and that goes double if you’re taking duties off of someone’s plate.
Reason: Your better employees will look at the move as you taking responsibility away from them — again, a demotion.

Adding to the perceived notion that they’re being demoted is employees’ loss of a salary.
Many view earning a salary as a rite of passage — after years of punching a time clock, they feel they’ve finally reached professional status.
But unless you’re willing to pump up these folks’ salaries above the new FLSA threshold, that status is about to change.
In other words, they’ll feel like being reclassified as non-exempt — and having to punch a time clock — is a loss of status.
This perception will be magnified 10-fold if they’re left out of after-hours business discussions in which they were previously included to prevent them from making OT.
This perception problem puts the onus on HR and employees’ managers to evaluate individual situations and find a way to assure employees they’re not being “demoted” or “losing status.”

In a recent SHRM survey, 67% of HR pros said if the new rules lead to increases in OT eligibility and OT pay, it’s likely that employees will have decreased flexibility and autonomy.
After all, a lot of employees will have to start punching a time clock who haven’t done it before (or at least haven’t for a long time). That means arriving late and leaving early will result in less pay when it didn’t before — and telecommuters will feel as though Big Brother’s starting to watch them.
There’s no easy way to explain why this is how it has to be for many workers — but you do have one feather in your cap, should you chose to use it …

One way to sell employees on the idea of becoming non-exempt is to position the move not as as a loss of flexibility, but as a definition of structure.
Their hours will now be finite — and if they were working over 40 hours before, they can now spend that time with family and friends (if your plan is to now have them work overtime).
Plus, since it appears the DOL’s going to classify any time spent answering work email and phone calls after hours compensable time, chances are employees won’t have to do that either. Thus, their work/life balance may actually improve as less work will creep into their personal time.
Info: For more on how to deal with difficult conversations, here is HR Morning’s list of conversation do’s and don’ts.