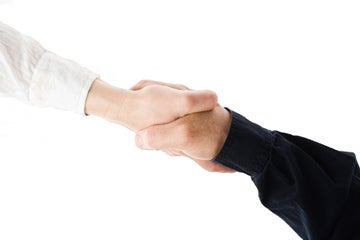 All that “seat at the table” talk is nice, but there are sure signs that HR is — or isn’t — getting the respect and attention it needs to build a better organization.
Fortune 500 consultant Liz Ryan says if you see these six signs of disrespect, you’ll know that HR — and its image — needs an overhaul:
1. The head of HR is at a lower level than other managers.
If finding and building talent aren’t treated as as top-level functions, in the organization’s hierarchy, then they’re not top-level functions, no matter how much anyone claims they are.
2. HR is stuck in the finance office.
Years ago, when HR was called “Personnel,” maybe it made sense to stick the function under accounting. After all, most of what happened in personnel had to do with payroll records, vacation days, and the like. Today, HR should fill a much different role — that of developing people, not just pinching pennies.
3. Recruitment is a black hole.
Do résumés seem to get stuck in HR solitary confinement? An analysis of many organizations that find themselves in trouble reveals that there’s no urgency to act on hiring top applicants. Thus, while the résumés sit on the back burner, the applicants go elsewhere.
4. HR is all about cost reduction.
Sure, every unit of business should be conncered with getting the most out of every dollar. But if HR is primarily a cost-reduction unit, charged with taking nickels out of the dental-plan premiums, everything else — recruiting, developing talent — runs a distant second place.
5. You’ve outsourced the most critical people functions.
It’s logical to outsource an HR function such as processing worker’s-comp claims to a firm that specializes in it. With any luck, worker’s comp claims aren’t terribly common or essential core competencies for your company. But employee relations? Staffing? Companies that move these talent-critical functions out-of-house are signaling: “HR is not important.”
6. Organizational development and HR aren’t one.
If leadership development, mentoring, succession planning and performance management get carved up into separate non-HR functions, there’s a lack of coordination, and big trouble. They’re all aspects of the same role: putting the winning team on the field.