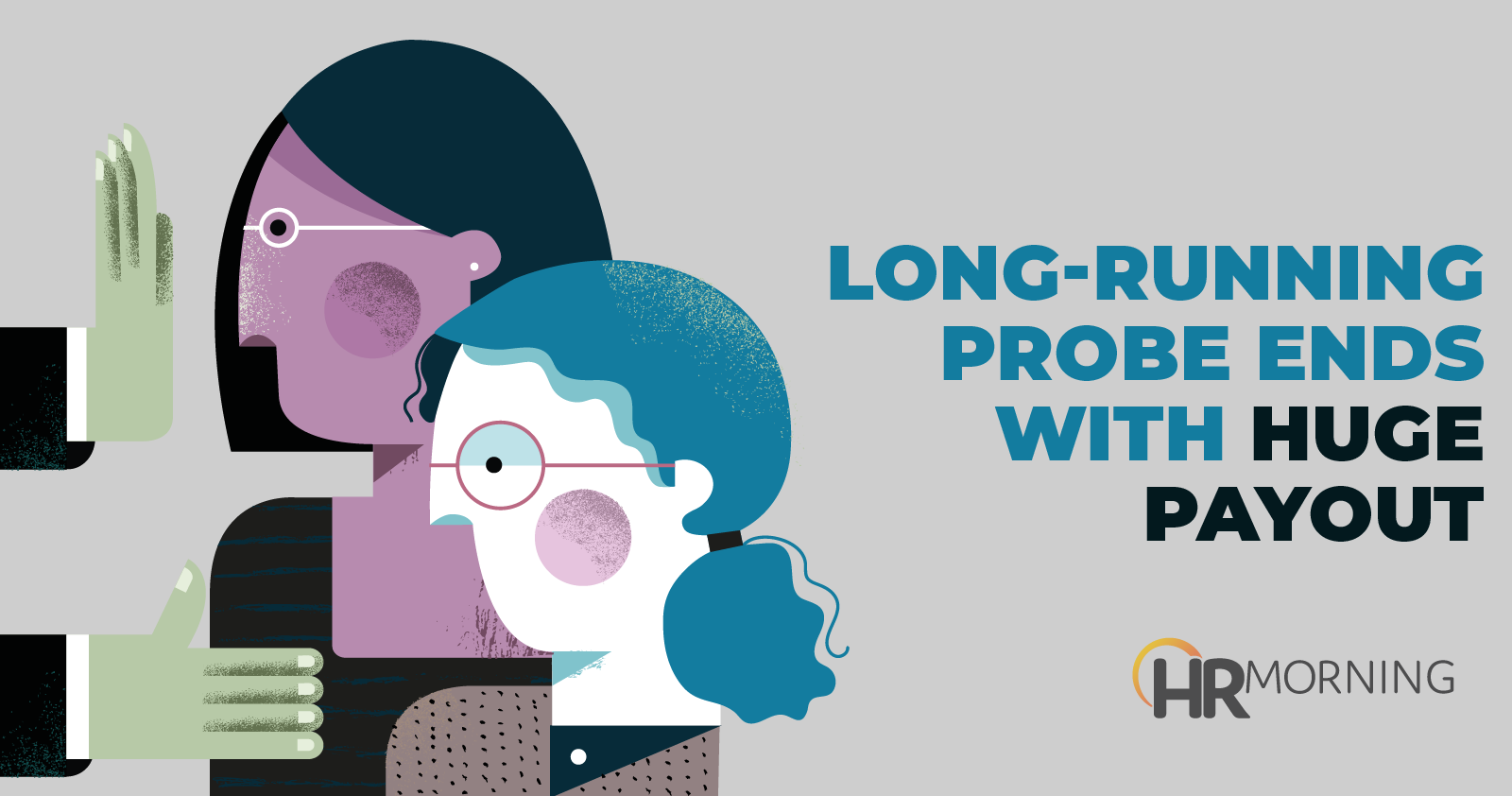 Sometimes federal enforcement actions end with big payouts. But it isn’t very often that they get this big — or include this unusual twist.

A temporary placement agency will pay a total of $3.525 million to resolve allegations that it illegally discriminated. A federal agency accused it of discriminating with respect to its hiring and placement practices on the basis of age, sex and race.

And in an unusual move, the parties agreed that half of that money will not go to alleged victims in the case but will instead be donated to outside organizations.

The EEOC alleged that Aerotek denied recruitment, referrals and/or hiring opportunities in violation of federal law.

According to a 2016 decision in the case, the EEOC began its investigation of the company in 2013. The decision also says that the EEOC’s investigation “revealed hundreds of discriminatory job requests by Aerotek’s clients at 62 of Aerotek’s 286 facilities.”

The long-running investigation led to discovery-related disputes. The parties reached a settlement at the start of October.

Aerotek denied that it engaged in any illegal conduct. Nonetheless, it agreed to resolve the matter with the EEOC in a manner that avoided litigation.

Of the total amount agreed to be paid, half will go to two charging parties and a class of individuals who worked for Aerotek as contract employees between October of 2012 and mid-March of 2014.

According to the EEOC, Aerotek violated Title VII and the Age Discrimination in Employment Act (ADEA).

In an unusual move, Aerotek will donate the other half of the funds. It will donate the funds to organizations that foster education and employment opportunities for underserved communities.

In addition, Aerotek has agreed to provide company-wide training to its human resources personnel and client recruiters. The training will address Title VII and ADEA requirements.