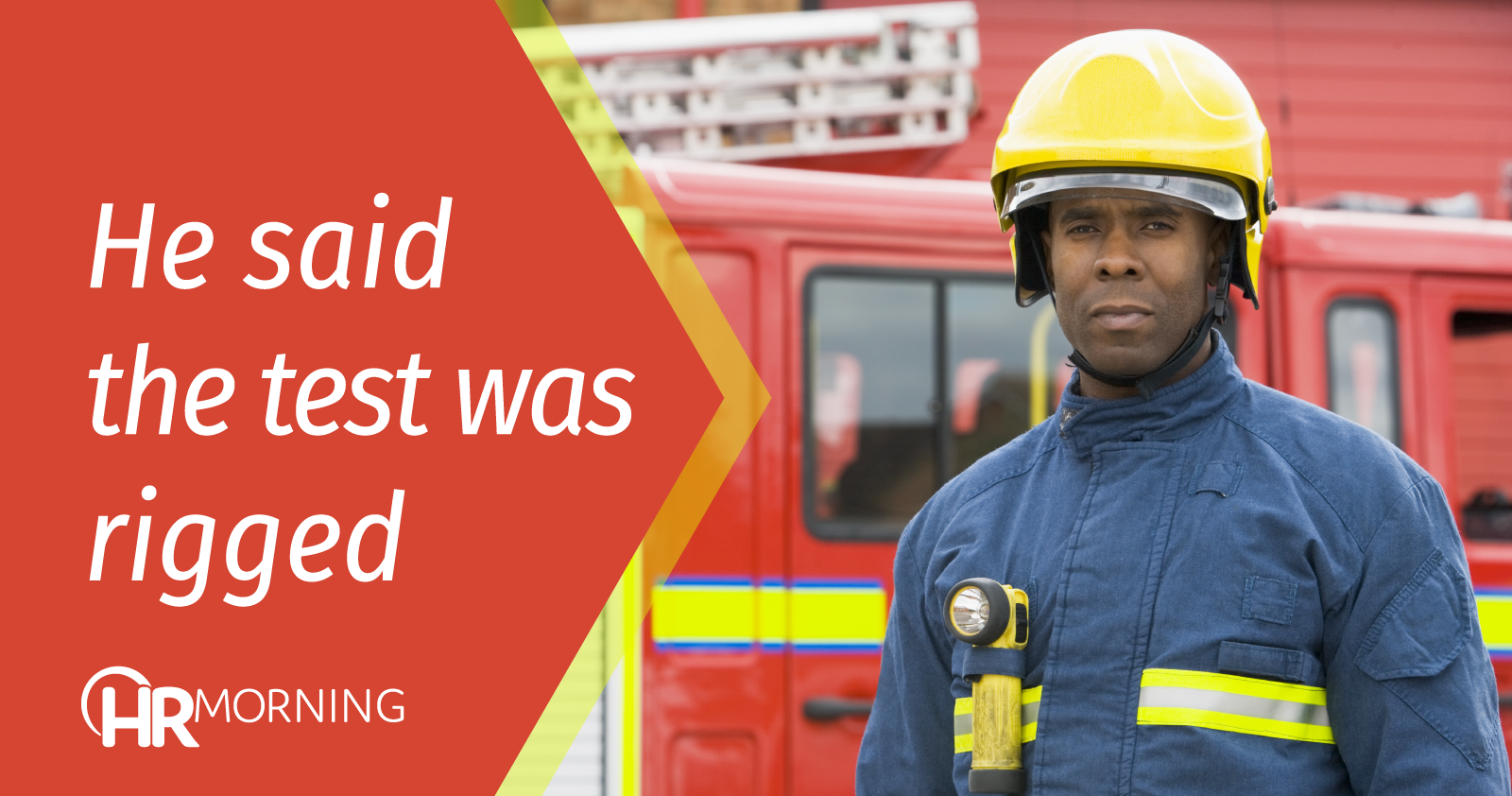 Firefighter recruits at the city of Toledo’s training academy have to pass a test involving cutting a hole in a roof with a chainsaw.

The academy’s usual practice was to dismiss any recruit who did not pass the test after three tries.

A Black recruit failed the test three times. He was given more chances to pass because the city wanted a more racially diverse fire department.

The academy dismissed him after he failed the test six more times.

The academy didn’t give anyone else more than three tries. And it never allowed any recruit to graduate from the academy without passing the test. The recruit sued, alleging race discrimination under Title VII.

He said the academy rigged the test. More specifically, he alleged that the city “manufactured” his inability to pass the test by declining to properly train and test him.

A federal district court rejected his claim, and he filed an appeal.

The U.S. Court of Appeals for the Sixth Circuit affirmed the lower court’s decision.

The recruit did not identify someone of a different race who the academy treated better, the appeals court explained.

There were 30 recruits in the recruit’s class, including three African Americans, two women and two Hispanic individuals.

One of the other African American recruits accepted a different job, and all the others passed the test.

There was no one who was similarly situated and treated better, the court explained.

The appeals court rejected the claim that the academy rigged the test.

As to an initial round of testing, it provided the recruit received the same instruction as all other recruits and tested him using the same roof they did. Everyone else passed during that initial round.

There was also insufficient evidence to show that the academy provided the recruit subpar training ahead of the second and third rounds of testing.