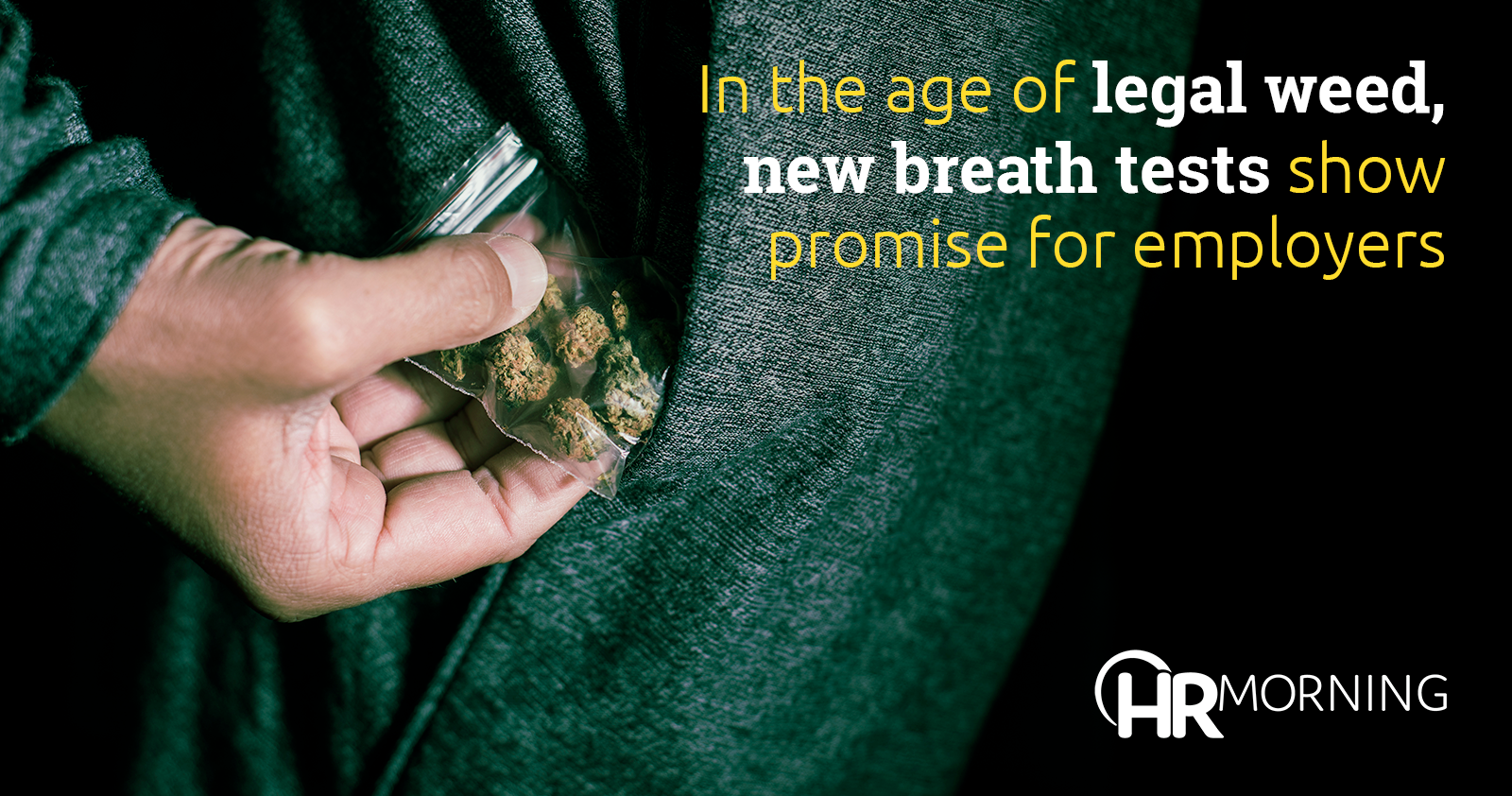 Employers have never had accurate drug testing options to determine when an employee might have ingested marijuana and, therefore, if they are likely to still be impaired. So most employers have policies that impose a maximum penalty for any positive test for the drug.

New “breathalyzer” tests slated for release in 2020 use advanced tech to measure whether an individual has recently smoked, vaped or eaten marijuana products.

The devices return results immediately, so employers can figure out in real time whether an employee is impaired and should be kept from working.

Current tests detect cannabis use as long as 30 days before testing, so they can’t show whether someone is high right now or used the drug while off duty.

Employers are most concerned when it comes to safety-sensitive activities, including operating dangerous equipment or driving.

And, with marijuana use now legal in 33 states and Washington DC, employers have to find a balance between safety concerns, zero-tolerance drug policies and both medical and recreational drug use.

Both tests, one under development at the University of Pittsburgh and one from startup Hound Labs slated for commercial release in 2020, measure the amount of THC, pot’s primary psychoactive compound, in an individual’s breath.

Both products share a problem, however – unlike with alcohol, there is no legal standard for impairment based on the amount of THC detected by the testing technology.

Hound Labs says its product will still let employers make a call about whether an employee is fit for work by indicating how recently they ingested a THC-containing substance.

Doug Boxer, Hound Labs’ chief of policy and strategic partnerships, told Business Insurance that its breathalyzer detects use within two to three hours before testing.

He said that research shows that’s when users are most impaired.

The results of Hound Labs’ test are available within 12 minutes, according to the company, which is quick enough for employers to decide whether an employee can be allowed to work.