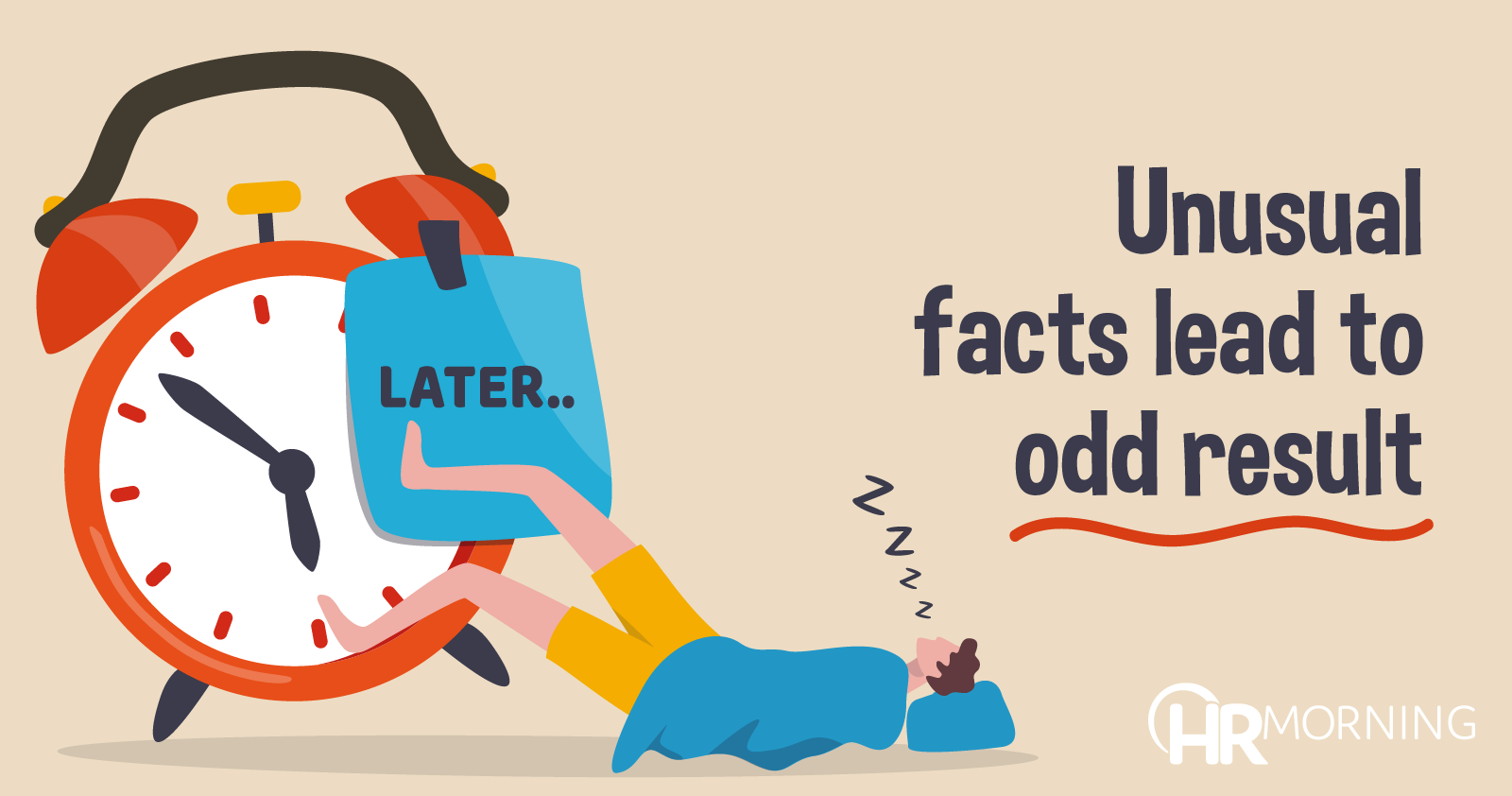 A federal appeals court ruled that an employer had to pay employees for time during which they were free to sleep. It also said the employer violated the Fair Labor Standards Act (FLSA) when it automatically deducted one-hour meal periods from those employees’ overtime pay.

But the employer also caught a break when the court ruled that the employees were not entitled to liquidated damages.

Akal Security, Inc., is in the business of repatriating people who are ordered removed from the United States.

To do so, it transports detainees on airplanes, both to their home countries and between holding facilities within the United States.

Akal staffs its flights with air security officers, who must return to the United States on the same aircraft that they leave in.

On the Way Back …

Because there are no detainees on the way back, there is not much work for the officers to do. In fact, they are free to sleep, meditate or just watch television on the empty flights home.

When they get back, they have to unload and clean the plane. They also must perform some administrative duties.

Akal acknowledged that it had to pay the officers overtime pay for time they spent on the return flights, and it did so. But it also deducted one hour from that time as a meal period. Its policy told the officers that the meal period was mandatory. It said they were to disengage from work duties and use that one hour in any way they wished to.

Elliot Gelber and other officers sued Akal, alleging that the automatic deduction deprived them of overtime pay in violation of the FLSA.

A federal district court ruled in their favor. It found that the automatic meal period deductions violated the FLSA. However, it also declined to award the plaintiffs liquidated damages based on its finding that Akal had acted in good faith.

To support that finding, it pointed to the fact that Akal had consulted with outside counsel who told it that the deductions were allowed.

Both sides appealed. Akal wanted to reverse the finding that it violated the statute, and the officers wanted liquidated damages.

The U.S. Court of Appeals for the Eleventh Circuit affirmed the district court’s decision.

Akal did not carry its burden to show it was entitled to take the deduction, the court said.

Akal relied heavily on the fact that the officers had a lot of idle time during the return flights. But the appeals court said that under the unique circumstances of this case, the act of travelling constituted work. Idle time spent on the return flights was compensable work, it said.

There was no justification for the automatic deductions, it said.

Nor did the lower court err in determining that Akal acted in good faith, the appeals court ruled.

The lawyer’s advice was not objectively unreasonable because the Eleventh Circuit had not previously addressed the unique questions that this case raised.