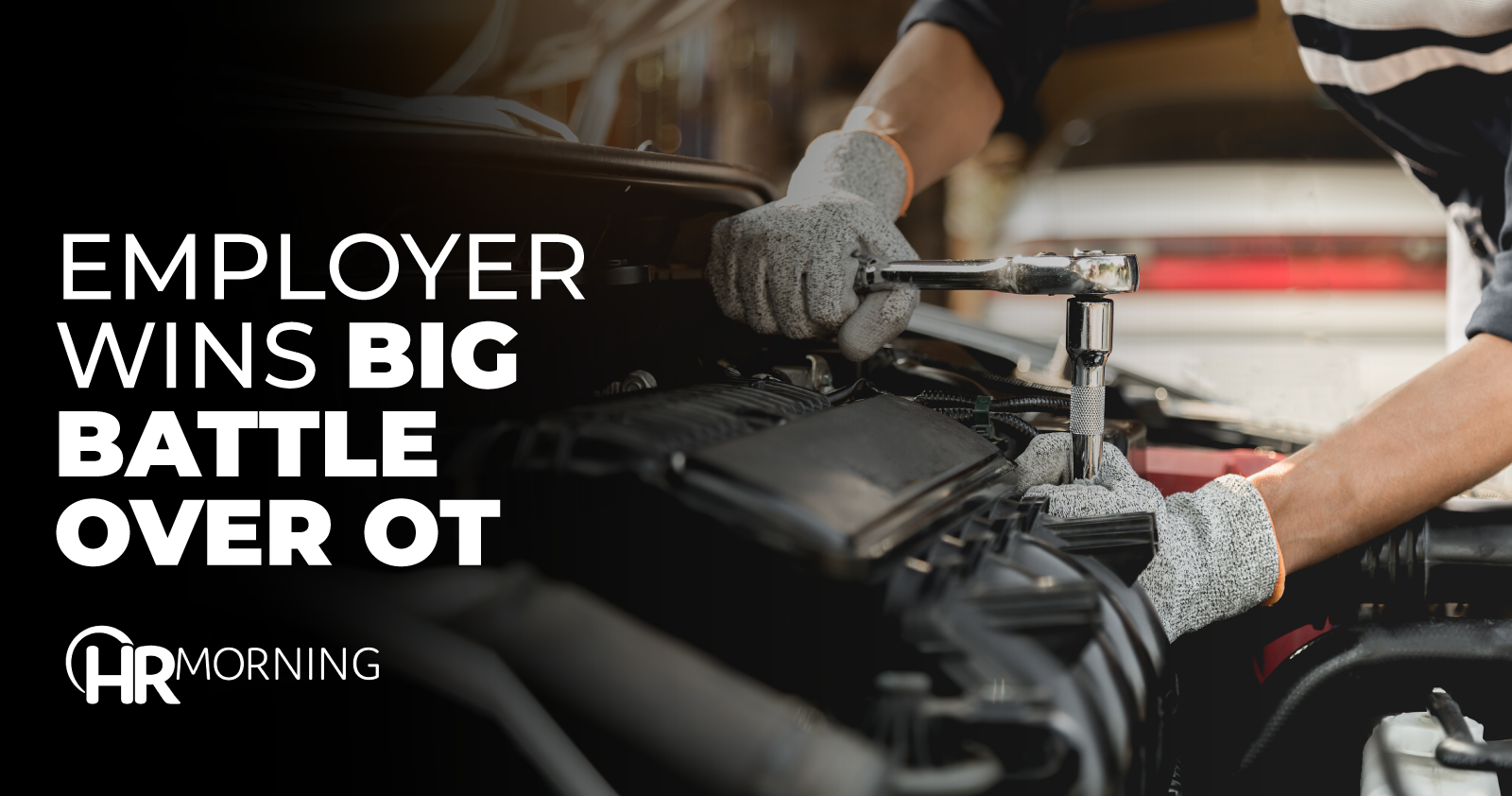 You’d think it would be easy to tell if an employer is paying its workers hourly or by commission. But in this case, it wasn’t.

The court decision in the case described Brex’s payment system for technicians as one that “starts with the total cost charged to customers for each technician’s weekly repairs and applies a series of divisions, multiplications, and additions, some of which are redundant.”

More specifically, Brex first calculated total receipts for repairs and sales made by a technician during a given pay period. Then, it divided that number by hours worked to get an “hourly production” number.

The employer handled tire sales and installation differently. It paid the technicians a fixed amount for each tire installed.

Also, some technicians received hourly bonuses based on certifications earned.

Finally, Brex set a floor for the hourly wage: Technicians could not earn less than 1.5 times the applicable state minimum wage, even if business was slow for a pay period.

Under the Fair Labor Standards Act (FLSA), employers generally must pay hourly workers one and a half times their regular hourly rate for hours worked beyond 40 in a week.

There are exceptions, including one for employees in retail or service establishments whose regular rate of pay is more than 1.5 times the minimum wage and who get more than half of their compensation from commissions payments.

Asserting that its system was essentially commission-based, Brex did not pay overtime when technicians worked more than 40 hours in a week.

The technicians saw things differently. Two of them – Tom Reed and Michael Roy – sued on behalf of 157 technicians, accusing Brex of violating the FLSA by declining to pay overtime.

In their view, Brex’s payment system did not reflect a legitimate commission plan because it incorporated the number of hours worked in so many steps along the way to arriving at a final number.

They also pointed out that Brex described its pay plan as providing hourly wages.

At the trial court, Brex filed a motion for summary judgment. The trial court ruled for Brex, and the technicians appealed.

The U.S. Court of Appeals for the Seventh Circuit affirmed.

The technicians’ claims faltered because the undisputed facts showed Brex paid them based on their sales, the appeals court said.

It paid proportionally based on sales, it explained.

“The formula is convoluted, but it is mathematically identical to paying a straight commission,” the court said.

The fact that the technicians generally worked long hours was not enough to create a fact issue on the question of whether they qualified for an exception to the general overtime rule, it added.

The technicians seized on the fact that Brex repeatedly described its payment plan as “hourly” in written materials it gave to them.

What’s in a Name?

But the nomenclature was not determinative, the court said; in other words, calling it hourly pay did not make it so. The nature of the plan was commission-based, the court said.

Therefore, no overtime pay was due.