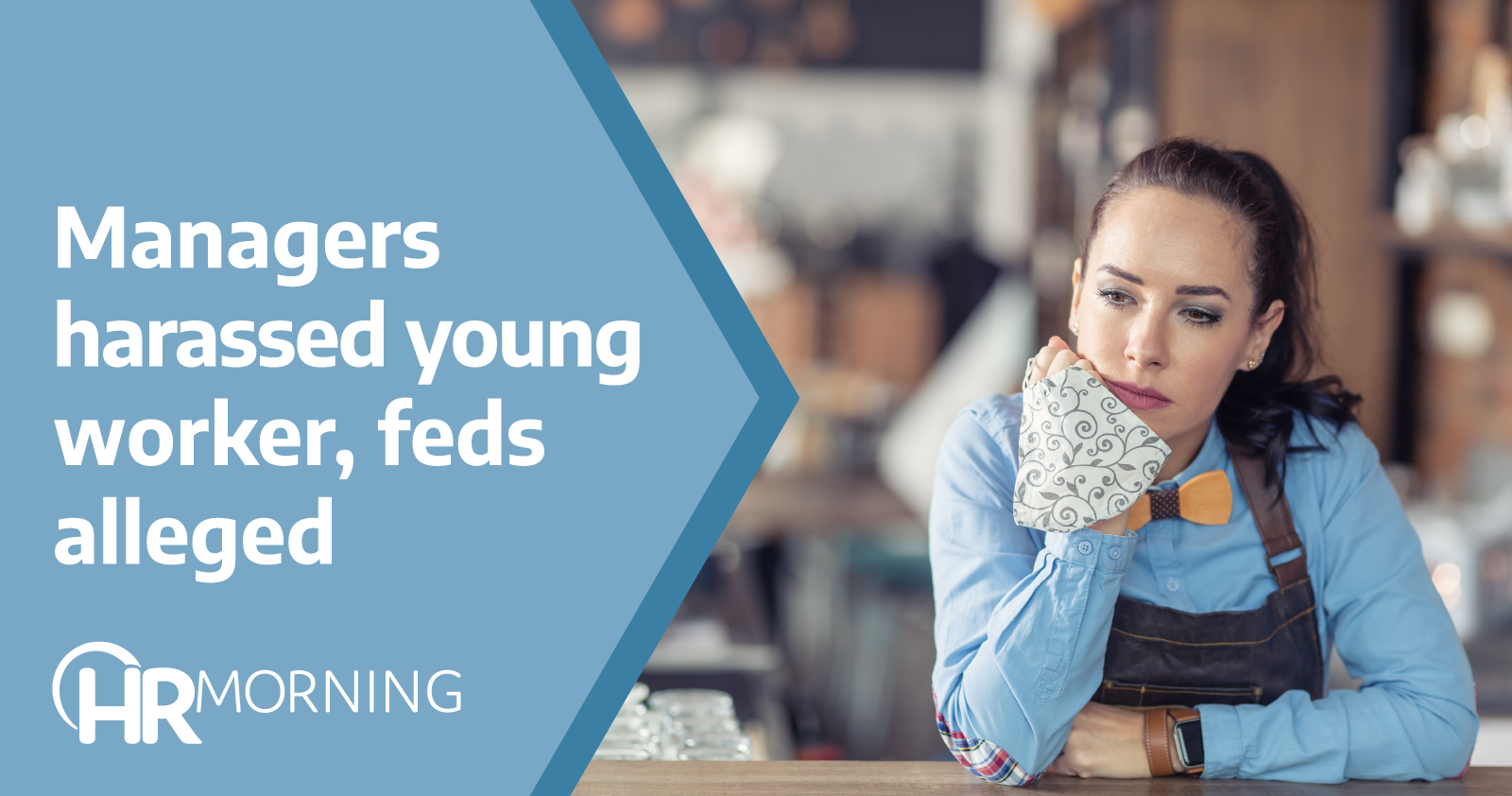 Allegations of sexual harassment at an Illinois Long John Silver’s restaurant have led to a settlement that includes the payment of $200,000 and other relief.

According to the suit, the managers made lewd comments and touched the young employee in an improper manner.

They also propositioned her for sex and sent her sexually explicit text messages and videos, the suit alleged.

To make matters even worse, the suit asserted, the managers retaliated against the employee. It said the when she complained of the alleged harassment, they reduced her hours.

The employee also alleged that Long John Silver’s, which operates 190 restaurants nationwide, refused to investigate her complaint of harassment.

To settle the suit, Long John Silver’s entered into a two-year consent decree.

The decree requires Long John Silver’s to pay $200,000 to the former employee. In addition, it requires the restaurant to institute harassment prevention policies and to deliver training relating to Title VII’s ban on sexual harassment and retaliation.

Long John Silver’s will also post notices about the settlement of the lawsuit and will provide the agency with reports relating to any sex discrimination complaints employees may file while the decree is in effect.

If a supervisor’s harassment leads to a tangible negative employment action, such as a demotion or termination, then the supervisor’s employer is liable for that harassment.

The standard is different if the harassment does not lead to a tangible employment action.

In those cases, the employer may avoid liability by meeting both prongs of a two-pronged defense.

First, the employer must show that it used reasonable care to prevent and promptly eliminate harassment.

Second, it must show the alleged victim did not take advantage of preventive or corrective opportunities that the employer provided.

Best practice: Be sure to conduct thorough anti-harassment training on a regular basis. In addition, clearly communicate how to file harassment allegations. Provide multiple reporting options so that an aggrieved employee need not file a complaint with an alleged harasser. Finally, respond promptly and thoroughly to any reported complaints of harassment.