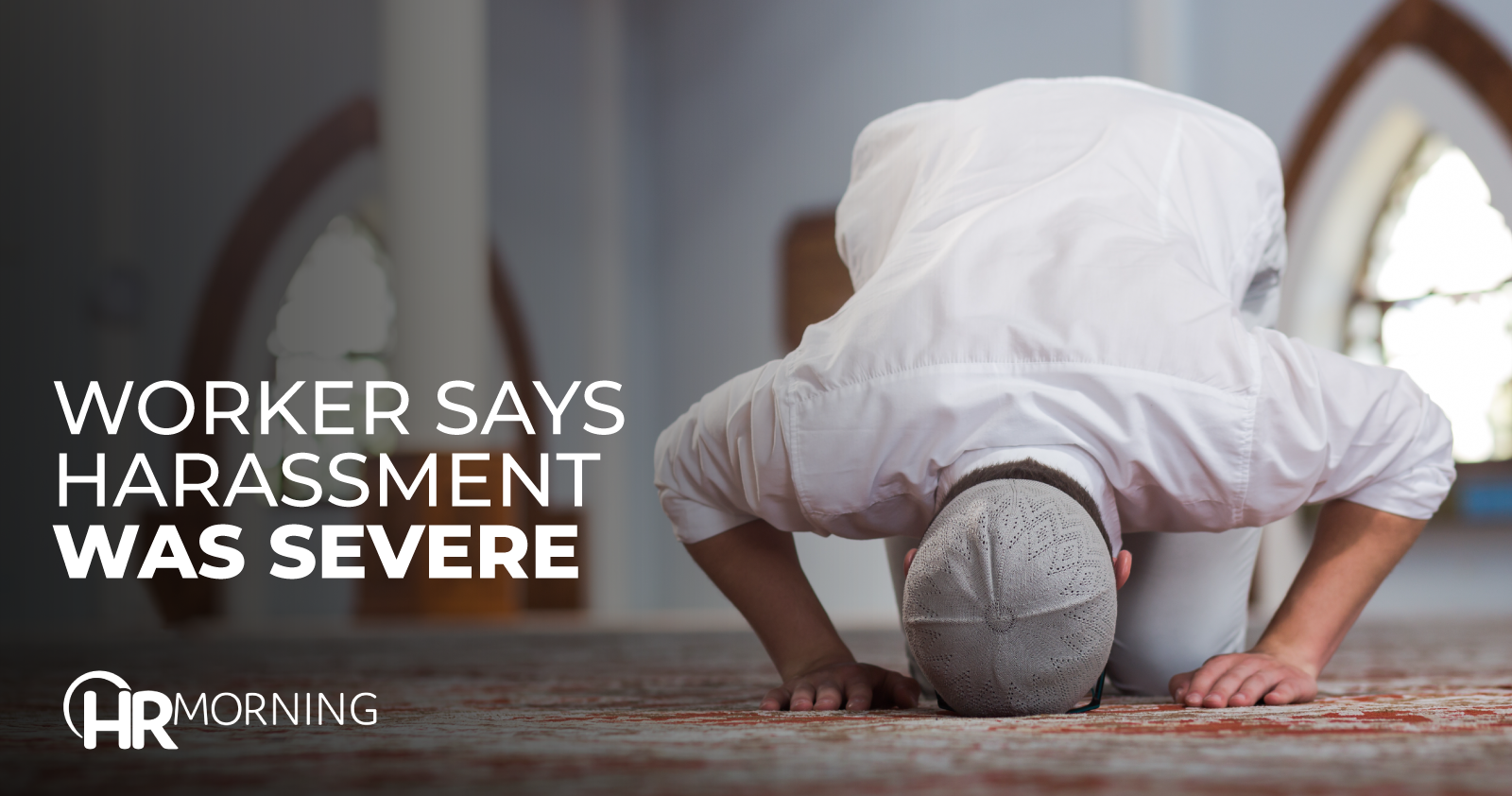 Automotive technician Allan Goodson alleges that his manager denied his request to take two 5-10 minute prayer breaks during his shift. The employer let others take short breaks, he says.

Goodson says the employer also refused to let him attend Friday prayer services. Those services lasted for an hour. He says he proposed to work half days on Fridays or have the day off. He asserts that he also offered to shift his hours and work extended days Monday through Thursday so he could take the hour on Fridays.

The employer allowed other employees to work longer days Monday through Thursday so they could have all or part of their Friday off, the suit says.

The suit says co-workers and managers subjected Goodson to a hostile work environment. It asserts that the dealership fired Goodson after he complained about the alleged unlawful treatment.

Some of the allegations paint an especially ugly picture. Goodson says other employees asked him if he was a terrorist. It asserts that they asked him where his “magic carpet” was. And it says he was asked if he “blew up any buildings over the weekend.”

The suit alleges that the employer violated Title VII by refusing to accommodate Goodson’s religious beliefs. It says the employer treated him differently based on his religion and subjected him to a hostile work environment. It also says it retaliated against him.

The complaint seeks an injunction banning the employer from discriminating against its employees based on their religion.

Goodson is represented by the CAIR Legal Defense Fund and the law firm of Stringberg Scholnick Birch Hallam Harstad Thorne.