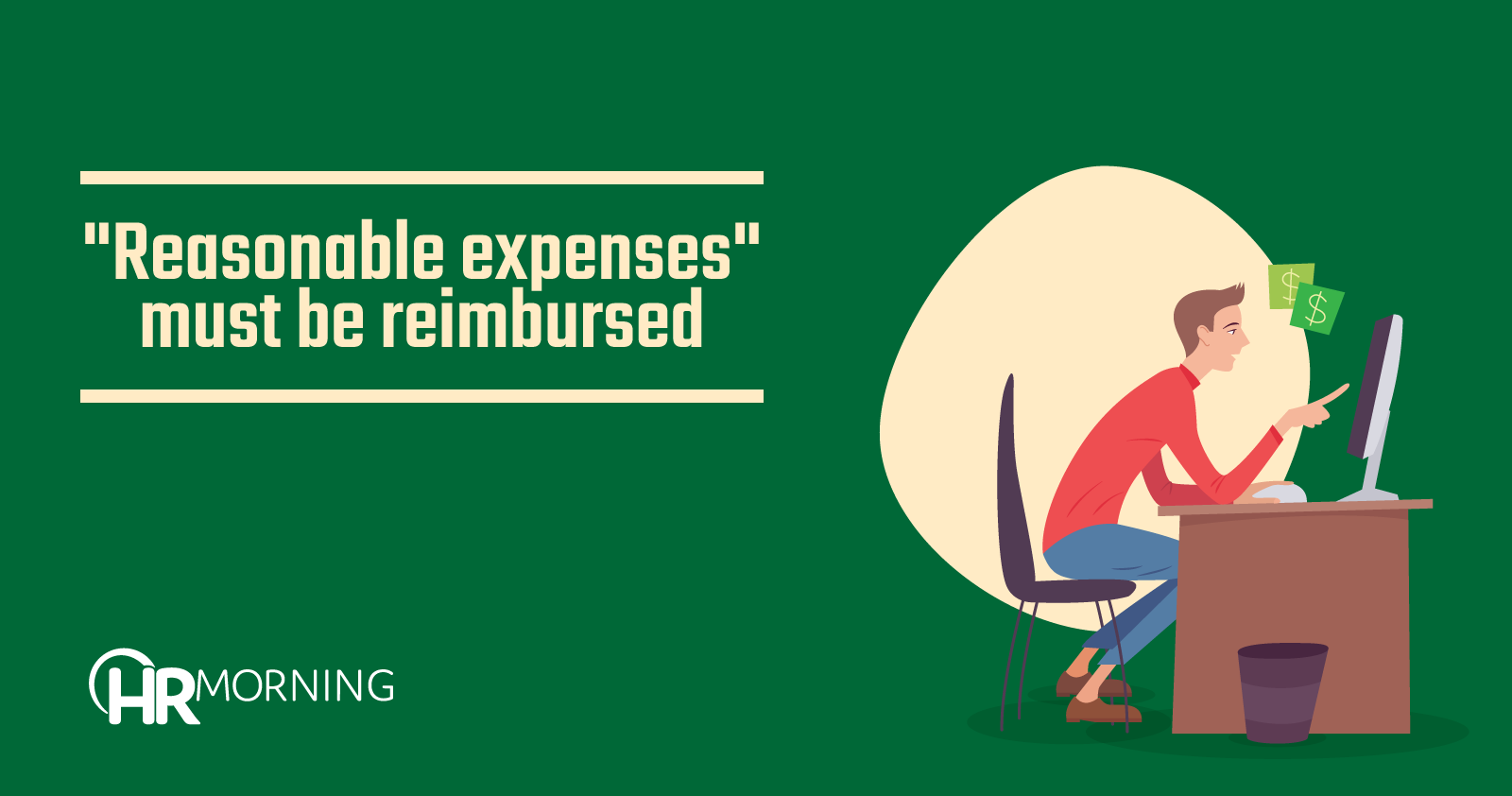 Reimbursing remote employees for business expenses is complicated, considering that some states have passed laws requiring employers to pay for certain expenses.

Employers in these states need to reimburse remote employees for a computer or laptop, although upgrades to home internet and additional monitors wouldn’t be reimbursable, she said.

To complicate things further, expenses need to be subtracted from a worker’s weekly paycheck, so if they’re not paid at least minimum wage, that’s an FLSA violation.

In 2019, Illinois imposed expense reimbursement on employers, mandating they must reimburse for all “necessary expenditures.” The law’s modeled after California’s law that requires firms to pay a “reasonable” percentage of workers’ personal cell phone bills when used for work. California courts have consistently ruled firms are required to pay for data plans and internet expenses.

During the pandemic, many firms “are still waiting for more data to come in to figure out what kind of guidance and tools they have to provide,” says Anant Kale, CEO of finance platform AppZen.

But firms have to decide what “reasonable expenses” workers might incur in the coming months, along with dollar limits. Also, they need to establish a percentage of employees’ personal cell phone bills used for work purposes that’s reimbursable.

When drafting policies, “consider allowing employees to submit a request for additional reimbursement if they believe the amount provided is insufficient,” says Maxim Doroshenko Attorney Kathleen McLeod Caminiti.  This would help if a dispute should arise, she said.