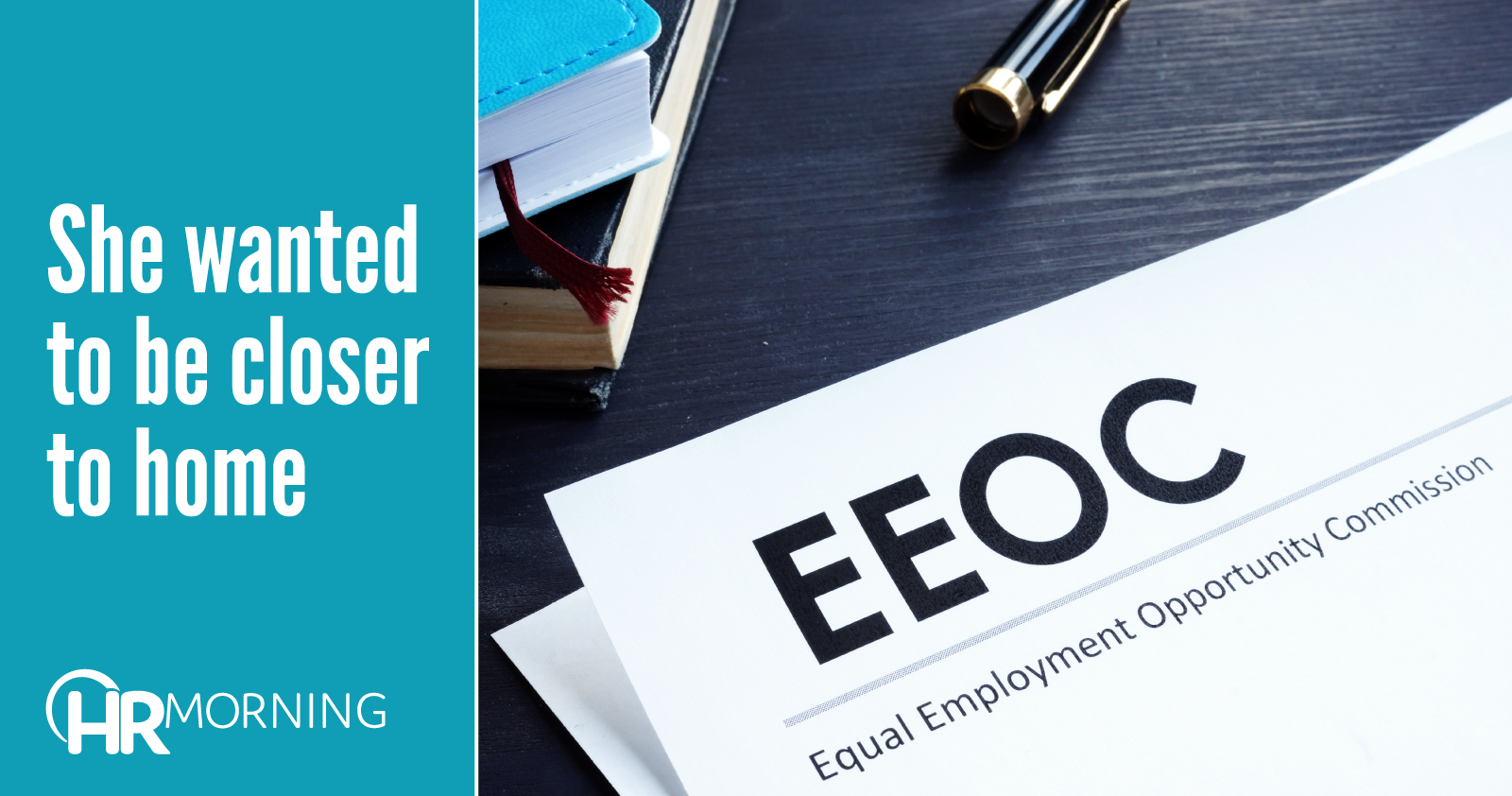 In fact, even what some may view as a seemingly benign job action can support a claim of illegal age bias when an improper motive can be shown. Employers who lose sight of this fact are living dangerously – and can easily find themselves in a big legal mess.

Case in point: The Equal Employment Opportunity Commission just filed a lawsuit that accuses a pharmaceutical company with a presence in New Jersey of violating federal age discrimination law. The alleged offense: Denying an older worker’s request for a lateral transfer.

No demotion. No termination. And no discipline. The EEOC’s suit alleges that the denial of the transfer request was enough to violate federal law. And if it is able to prove its case, the employer may be on the hook for significant damages.

The suit tells the story of an unnamed individual who began working as an obesity care specialist for Novo Nordisk in 2015.

Novo Nordisk, Inc. is a manufacturer and distributor of insulin and diabetes care products that is based in Plainsboro Township, New Jersey.

The agency says the 62-year-old employee applied and interviewed for an identical open position that was in a different territory. The employee wanted the transfer so that she could work close to her home.

Instead of allowing her to make the desired move, Novo Nordisk gave the spot to a 33-year-old applicant. The EEOC says that employee is less qualified than the older worker who sought the position.

In an unusual twist, the agency adds an allegation that Novo Nordisk conducted its own internal investigation into the hiring decision – and concluded that the hiring of the younger candidate violated its own policies.

Why? Because the hiring manager who chose the selected candidate admitted that he did so because he wanted to fill the post with someone who would stay in it on a long-term basis, the agency alleges.

But even after that finding was made, the agency says, Novo Nordisk declined to remedy the mistake by giving the older candidate the job.

The lawsuit asserts violation of the federal Age Discrimination in Employment Act.

The EEOC says it filed the suit after exhausting efforts to reach a pre-litigation settlement.

The case is ongoing.

There are several valuable takeaways that employers can take from the filing of this suit.

Lesson one: If an internal investigation shows a policy violation, follow up with appropriate remedial action. Without more, a finding of a violation does little to help the situation.

In fact, it makes matters worse by demonstrating that the employer admitted there a problem and did not rectify it.

Second, avoid the stereotype that says older workers are less committed to an employer’s long-term goals.

“The unfounded stereotype that older workers are less valuable or less committed to an organization’s long-term goals and strategy should play no role in employment decisions,” said EEOC Trial Attorney Edumin Corrales in a release.

The case, EEOC v. Novo Nordisk, Inc., was filed by the EEOC in the U.S. District Court for the District of New Jersey.