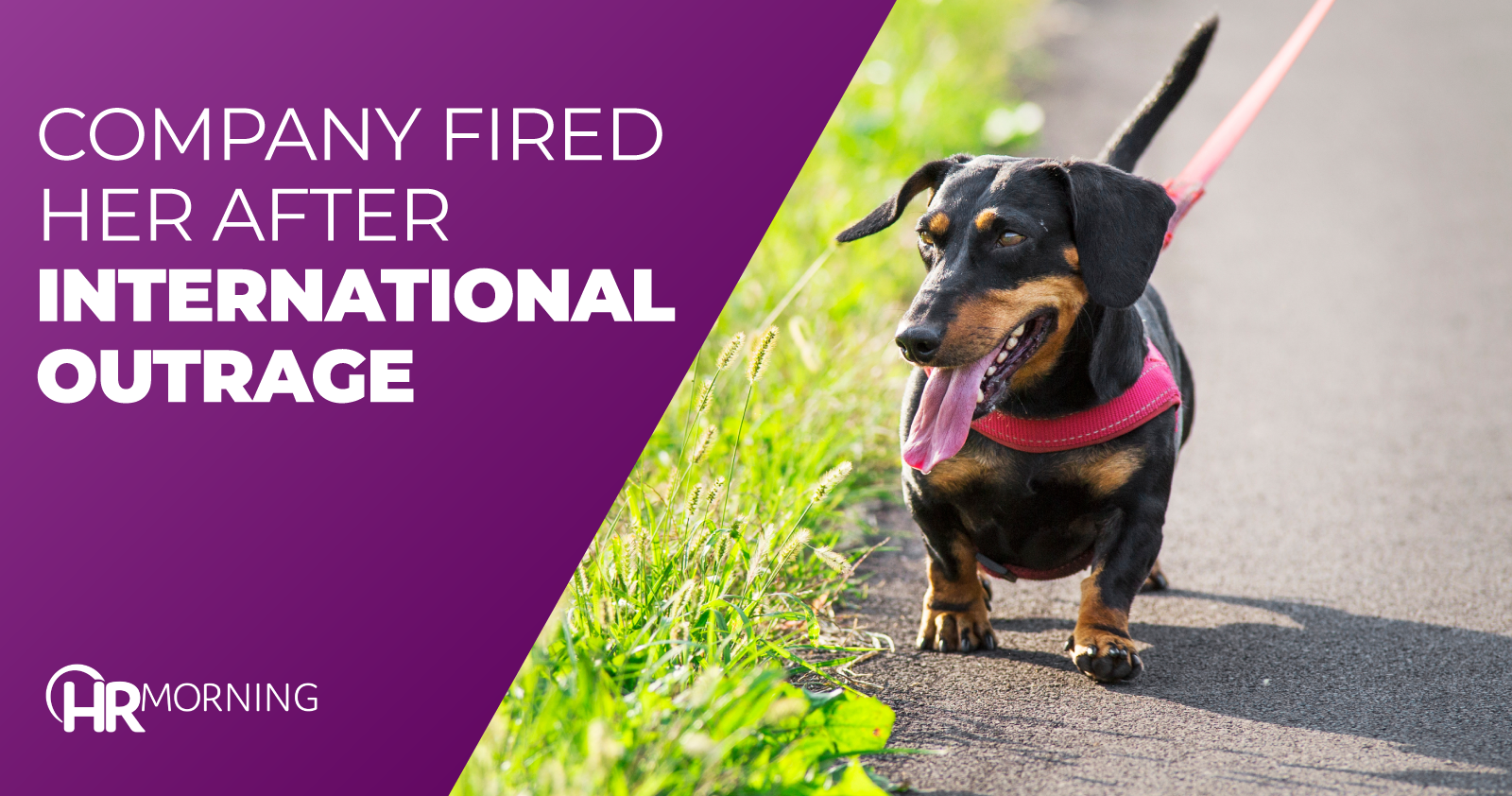 Does the name Amy Cooper ring a bell? You may remember her better as the “Central Park Karen” who was fired after she called the police because a Black man asked her to obey park rules and keep her dog on a leash.

As you probably recall, a now-viral video shows Cooper threatening the man, saying she would call the police and “tell them there’s an African American man threatening my life.” Moments later, she did so.

The video prompted international outrage, and Cooper was quickly identified as an employee at Franklin Templeton.

The company issued a statement, saying that it did not condone racism of any kind and that Cooper had been placed on administrative leave. The next day, it fired her.

Here’s the rest of the story – and what it means to HR pros.

Current events in the summer of 2020

This Central Park altercation took place on May 25, 2020, which was the same day that George Floyd was killed in Minneapolis. What does that mean?

Current events affect our decisions about how to appropriately respond to situations. This high-profile incident happened at a time when racial tensions were already very high – and were continuing to escalate across the U.S.

That was likely a factor in the company’s quick decision to fire Cooper. The next day on May 26, the company tweeted that it had completed its investigation of the incident in Central Park and terminated Cooper, “effective immediately.” That announcement received more than 267,000 likes and was retweeted more than 42,000 times.

In the months after the incident, the company president and CEO spoke about the company’s decision to terminate Cooper in several public interviews. For example, in a June 2 interview with Bloomberg, she said: “I think the facts were undisputed in this case, and we were able to make a quick decision.” And in a July 6 interview with Fortune Magazine, she said the company “espouse[s] zero tolerance for racism.”

Cooper then sued the company, alleging race and sex discrimination. She also tacked on defamation claims. The company filed a motion to dismiss.

With another contentious election right around the corner, this lawsuit raises timely questions for HR: Can companies fire employees for their off-the-clock misconduct? And what kind of documentation would the company need to defend such a termination?

The court’s ruling on the case provides insight.

She was fired – was it discrimination?

Cooper alleged the company fired her because of her race and gender in violation of Section 1981.

To support her race discrimination claim, Cooper alleged the company “implicated” her race “with each of [its] communications to the public, by repeatedly connecting [its] stated stance against racism with [her] termination.”

The court wasn’t swayed, saying Cooper’s “argument merits little attention.” Importantly, none of the company’s “public statements made any mention” of Cooper’s race.

Moreover, the Second Circuit – followed by this New York federal court – has held that racism itself “is not a race, and discrimination on the basis of alleged racism is not the same thing as race discrimination.”

Next, Cooper attempted to raise an inference of sex- and race-based discrimination by showing that she was treated differently than similarly situated employees who engaged in “purportedly similar conduct.” She identified three male comparators – one of whom is “non-white”:

Cooper said the men weren’t fired after their alleged misconduct.

First, the court said Cooper and the three comparators were not “similarly situated in terms of position, seniority, job responsibilities, business unit, performance, length of experience, or even geography.”

Two were “executive-level employees” and the third was a member of the board  — “and thus not an employee of the company at all,” the court pointed out. As such, Cooper failed to demonstrate that the identified comparators were “subject to the same performance evaluations and discipline standards.”

Second, the court said that even if they had been subject to the same disciplinary standards, she failed to show that they escaped discipline after “engag[ing] in comparable conduct.”

Here, the men’s alleged misconduct “runs the gamut from plagiarism to insider trading to a felony conviction.” The court said the examples were “simply too different in kind to be comparable with her conduct in this case.” Notably, the court said, Cooper didn’t allege that the men’s misconduct resulted in public outrage that made international news.

Turning to the defamation claims, the court said that the “truth is an absolute, unqualified defense to a civil defamation action.” Moreover, only facts are “capable of being proven false,” so opinions “are not defamatory.”

To state a valid defamation claim, Cooper had to allege facts, that if proven true, would “establish that the [company’s] statements were not substantially true.”

Regarding the May 26 announcement, the court acknowledged that it could be read “as calling [Cooper] a racist, or characterizing her conduct on May 25, 2020, as racist,” but even so, it was an opinion that was not actionable. It’s well established that “an accusation of bigotry is a protected statement of opinion, rather than a defamatory statement of fact,” the court explained.

The court stressed that the incident took place “in the midst of an ongoing national reckoning about systemic racism,” and “coincided exactly with the date of George Floyd’s murder in Minneapolis, an event which similarly sparked intense discourse nationwide on issues of racial justice and policing.”

Moreover, the “contents of the viral video” were “already matters of public knowledge” when the company posted its response in the May 26 tweet. Of course, the company responded to the international outrage. And importantly, that response was not “based on undisclosed facts.” Any “reasonable reader would have understood” the response to be based on the viral video that was already “in the public domain,” the court held. As such, the statement was “protected as pure opinion.”

As to the statements made in the June 2 and July 6 interviews, the court also said they were “inactionable as pure opinion.”

Cooper failed to state valid defamation claims, so the court granted the company’s motion to dismiss them, too. It then ordered the clerk to close the case.

Hopefully, your company never has to deal with an employee who causes international outrage. Even so, this case serves as a reminder that off-the-clock misconduct can make its way into the workplace. If it does, the following best practices can help you navigate the situation: