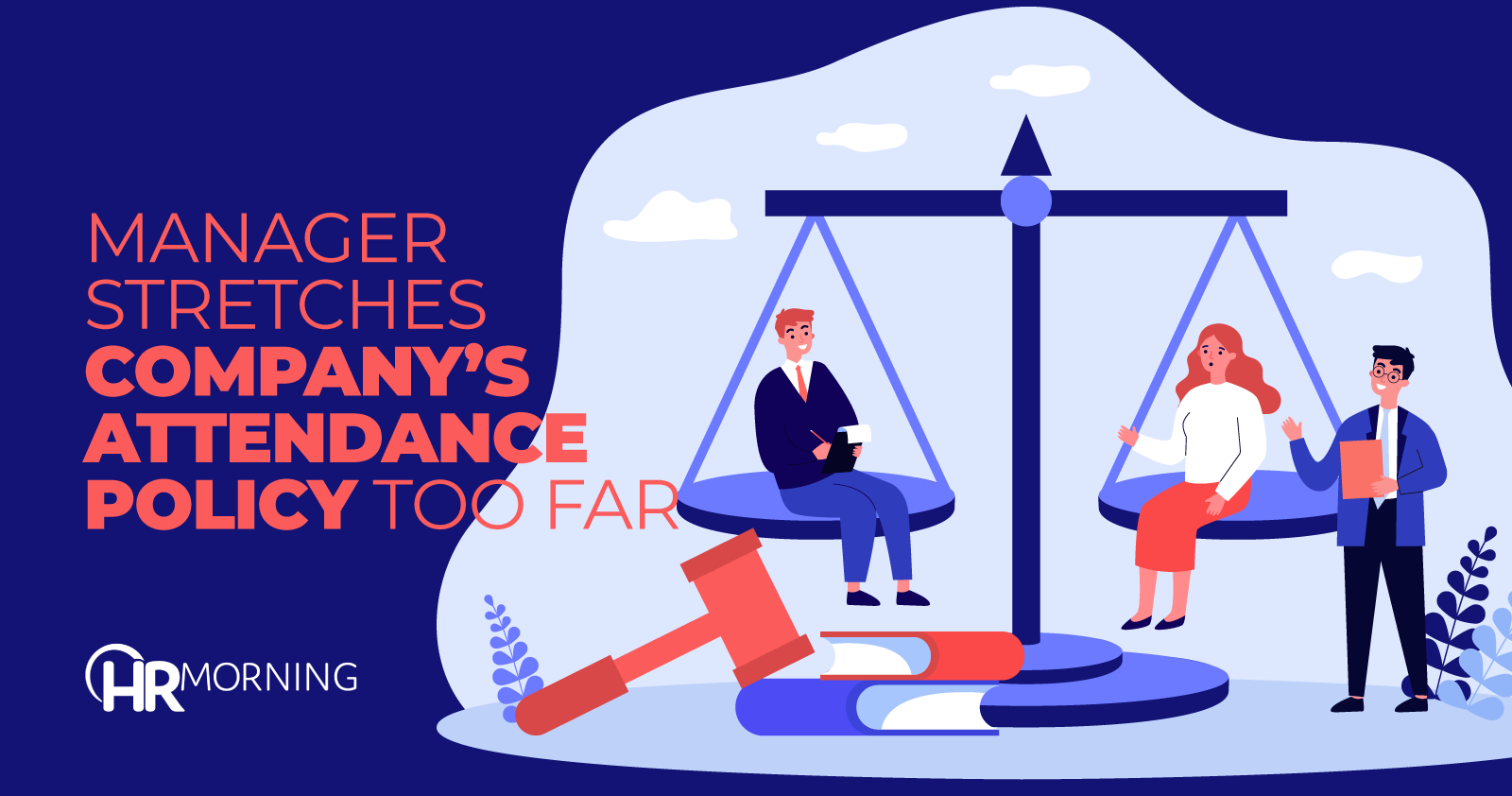 The Fourth Circuit gave a fired employee a second chance to prove his FMLA interference case. The problem? A supervisor bent the rules – so the company’s policy didn’t hold up in court.

Gestamp is an auto-parts manufacturer in West Virginia. Its written policy requires employees who will be late or absent to notify their supervisor via a designated call-in line at least 30 minutes before their shift. If an employee misses three consecutive shifts without calling in, the company terminates the worker for job abandonment.

Kasey Roberts was an assembly-line worker at the company. In June 2019, Roberts had to have an emergency appendectomy. While at the hospital, Roberts notified his supervisor about the situation.

As an FYI, the two had a history of using Facebook Messenger to communicate about being out of work – despite the written policy.

So when Roberts learned that he needed emergency surgery, he again turned to Facebook Messenger to notify his supervisor. For several days after the surgery, the two corresponded on the app. Among other things, Roberts informed the supervisor that he’d miss two weeks of work to recover.

Just before Roberts was scheduled to return to work, his surgical wound became infected, so the hospital readmitted him. Roberts informed the supervisor via Facebook Messenger, and they used the app to communicate status updates throughout Roberts’ leave.

Return to work gets derailed

When Roberts returned, he worked four days without incident. On the fifth day – a Friday – he said he was in pain while at work. He messaged his supervisor on the app, telling him about the pain. According to Roberts, the supervisor responded, “[Y]ou know your body better than anybody, so you do what you think you need to do.”

Roberts left work early that day. The following Monday, Roberts messaged the supervisor again to say that he couldn’t “make it in today.” The supervisor didn’t respond.

At some point, the company fired Roberts. But the parties disagree about the termination date.

According to the HR manager, Roberts was terminated on Aug. 28, effective Aug. 21. But Roberts said that the company fired him on Aug. 21, which is the date listed on the company’s “Termination Checklist.”

On Sept. 3, Roberts attempted to return to work for a second time. He had a doctor’s note to excuse his absence. That’s when he learned that the company had already “terminated [him] for job abandonment.”

Roberts sued for FMLA interference and retaliation. When the district court sided with the company, Roberts appealed to the Fourth Circuit. It revived his interference claim.

As a general rule, the FMLA allows employers to require that their workers follow the company’s “usual and customary” procedures for requesting leave. And if an employee fails to do so, then “FMLA-protected leave may be delayed or denied,” the court explained.

The issue here was whether Roberts used a “usual and customary” method to notify the company of his need for leave when he was hospitalized on Aug. 20.

The company said Roberts didn’t follow the policy – he didn’t use the designated call-in line to report his absence.

The Fourth Circuit disagreed, saying the “relevant FMLA regulation” is more flexible than the company understood it to be.

Importantly, “usual and customary” procedures can include “any method” that the company has “regularly accepted,” whether by “informal practice” or as listed “in the employer’s written attendance policy,” the court explained.

Here, Roberts said he notified the supervisor about his need for additional FMLA leave through Facebook Messenger – a channel he’d used multiple times without incident. And his Facebook messages showed that he and his supervisor “routinely discussed his appendicitis and resulting hospital stays over that medium.”

Moreover, the supervisor nor the company had disciplined Roberts for using Facebook Messenger to communicate about FMLA leave. That was enough to plausibly allege Roberts notified the company through “usual and customary” procedures, the court held.

Next, the court had to decide whether Roberts provided adequate notice about his need for FMLA leave. The court considered Roberts’ leaves separately.

Regarding the hospital stay from Aug. 20 to Aug. 23, the court said Roberts provided adequate notice to the supervisor through Facebook Messenger.

The company disputed whether and when the supervisor read the messages that Robert sent.

But the court was not swayed, as the tech trail showed that the supervisor had opened the Aug. 20 messages at some point before Roberts returned to work on Sept. 3.

Next, the court looked at Roberts’ recovery leave from Aug. 24 to Sept. 3.

Roberts said the company fired him on Aug. 21 – while he was in the hospital. If that was true, then that meant “the company’s FMLA violation was complete before Roberts knew his return to work date.”

The conflicting documentation couldn’t resolve the question about Roberts’ exact termination date, the court pointed out. That meant a jury needed to hear the case and judge the HR manager’s credibility.

In the court’s view, Roberts stated a prima facie case of FMLA interference. Thus, the Fourth Circuit remanded that claim for further proceedings.

Court rulings are never short on nuggets of wisdom – and this one doesn’t disappoint. Here are four lessons for HR: