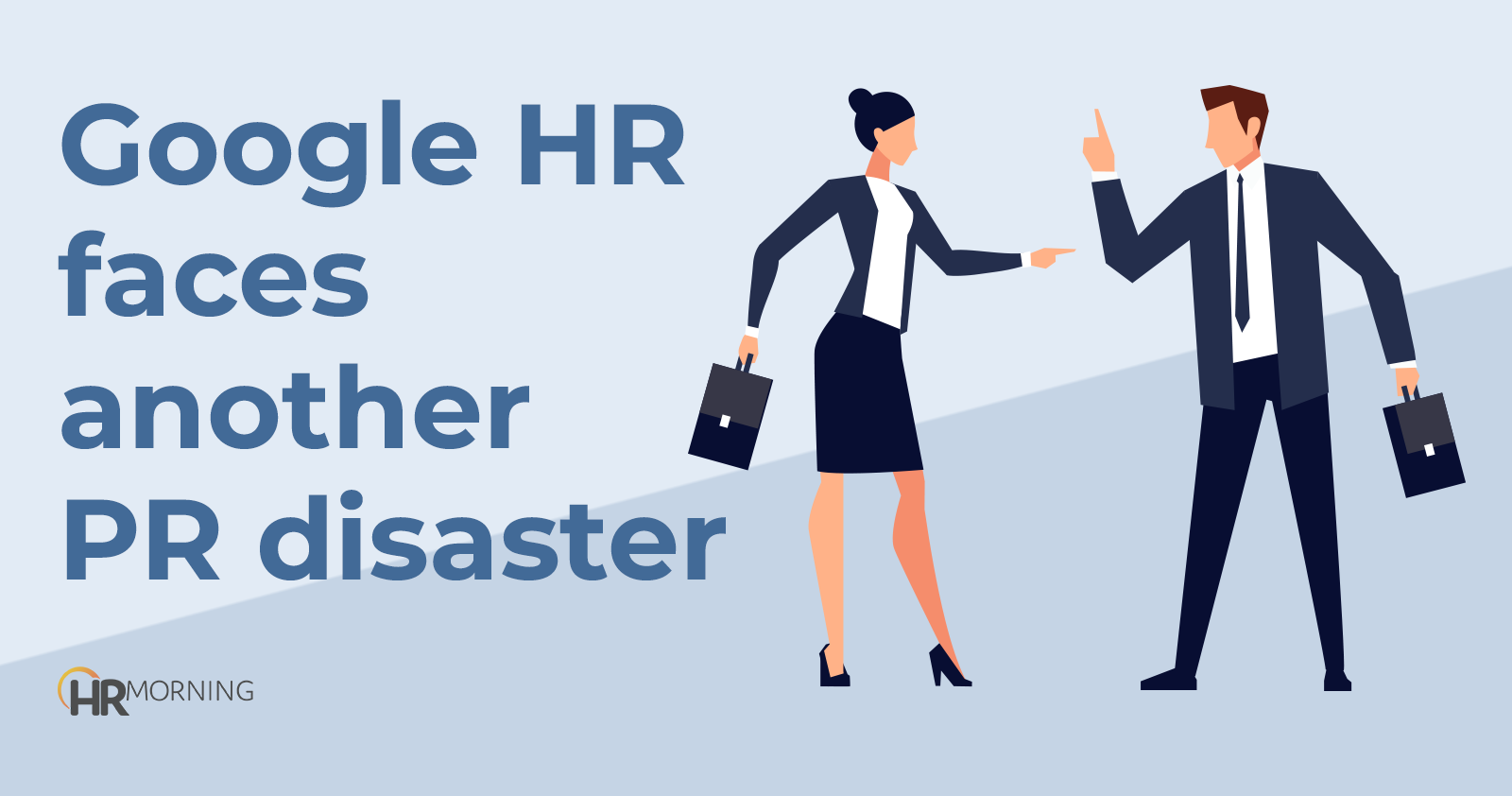 “I’m Not Returning to Google After Maternity Leave, and Here is Why.” That was the subject line of a post alleging pregnancy discrimination and retaliation that went up on an internal Google message board for new and expectant mothers.

The unnamed Google worker alleges that her manager actively retaliated against her after she told HR about the manager’s comments disparaging pregnant women. Thousands of her co-workers have since read the memo and it has been published by VICE.

The employee says that, despite assurances from HR that she would not face any retaliation from her supervisor for reporting the pregnancy discrimination allegations, her manager began sending angry messages, ignoring her in meetings and humiliating her in front of her peers.

The abusive interactions, she says, impacted her health and caused her to be concerned about her unborn baby.

Joining a new team did not resolve the situation, she says.

And, she says in the memo, after joining the new group she was given fewer responsibilities and told not to take on more managerial duties or attend some management events until she returned from maternity leave.

In the end, she says, she reported that she was being discriminated against because she was pregnant and HR launched an investigation.

HR’s findings? Poor communication and inadvertent exclusion from management gatherings due to administrative errors. It did not find that the employee’s manager discriminated against her.

HR also told her, she says, that there was no evidence she was discouraged from taking early leave when she developed complications with her pregnancy.

The employee did not indicate whether she plans to sue Google under The Pregnancy Discrimination Act. But, if her allegations about hostile messages and unfair reductions in her responsibilities are backed up by internal communications records, Google could face a damaging court battle or an expensive settlement.

Google released a statement after the VICE story came out, saying, “We prohibit retaliation in the workplace and publicly share our very clear policy. To make sure that no complaint raised goes unheard at Google, we give employees multiple channels to report concerns, including anonymously, and investigate all allegations of retaliation.”

Reminder for other employers

Any company as large and high-profile as Alphabet Inc.’s Google is going to have its share of employee complaints and HR missteps.

But the Mountain View, CA-based tech behemoth has faced both complaints from many unhappy workers and an unusually public discussion of its response to those complaints.

Google workers have sent all-hands emails on issues ranging from sexual harassment and retaliation, to racial and gender-based discrimination, to Pentagon contracts. And a steady stream of those internal messages has leaked out onto social media and gone viral.

Regardless of how this allegation of pregnancy discrimination and retaliation plays out, it is yet another blow to Google’s reputation as an employer.

And it’s another useful reminder that all employers need to be vigilant in training employees on compliance obligations and identifying, addressing, and rectifying instances of pregnancy and other discrimination at every level of their workforce.