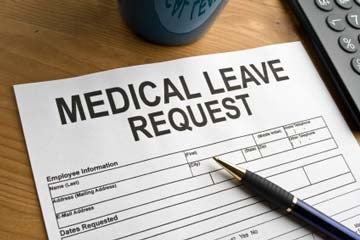 A recent court ruling offers a reminder of an oft-overlooked area where FMLA regs get companies in trouble: performance reviews.
Jeff Pagel was an outside salesman for TIN, Inc., a packaging designer/manufacturer headquartered in Tennessee. He worked for TIN for about six years before he began reporting to a new regional sales manager, Scott Kremer.
Pagel began experiencing chest pain and breathing problems. His visited two physicians within a month; the second visit ended with his doctor ordering a two-day stress test.
That test revealed a blockage in a portion of his heart, and he was subsequently admitted to a hospital for a procedure to treat the blockage. He was absent from work for several days in a row. He later had to miss more time when a CAT scan revealed a mass on his lung.
Five days before his scheduled heart procedure, Pagel met with Kremer and another TIN exec to discuss his Pagel’s year-to-date performance.
Kremer claimed Pagel’s numbers had dropped; Pagel disputed that claim, arguing that Kremer didn’t include numerous sales Pagel had closed.  In addition, Pagel said that in determining his per-day performance, Kremer improperly included time Kremer was out on FMLA leave.
Nonetheless, the session ended with Kremer warning that Pagel risked termination if his performance didn’t improve.

Pagel was in a Davenport, IA clinic having the CAT scan on his lung when Kremer called to inform him Kremer would be accompanying him on a sales “ride-along” the next day — in Champaign, IL, a distance of more than 150 miles.
Pagel hadn’t planned on being in Champaign that day, so he had no appointments scheduled. Although company sales managers acknowledged that setting up a sales call with a customer usually required at least a week’s notice, Pagel scrambled to set up appointments.
He didn’t have much success, and the ride-along didn’t go well.
Kremer didn’t react well, either. A couple of days later, he fired Pagel, citing the failure of the ride-along and adding that Pagel’s performance hadn’t improved since his earlier warning.

Poor performance, or an unfair assessment?

Pagel sued for FMLA interference and retaliation.
The company maintained it had fired Pagel for poor performance — for his weak showing in the ride-along with Kremer and overall lack of sales production.
But Pagel argued that the employer failed to make a reasonable adjustment to its employment expectations to account for his FMLA-protected leave.
And the appeals court agreed. “The FMLA does not require an employer to adjust its performance standards for the time an employee is actually on the job,” the judge wrote, “but it can require that performance standards be adjusted to avoid penalizing an employee” who’s on FMLA leave.
In addition, the court found that the short notice Kremer gave Pagel for the ride- along could have been a setup on the manager’s part.
“The record suggests that (salespeople) need time to set up a sales call — perhaps as much as one week,” the court said. “… Pagel was only given one day to set up sales calls in a city he did not previously intend to visit … Certainly, a reasonable jury could interpret this evidence as Kremer setting up Pagel for failure.”

While it’s unlikely savvy companies would handle a similar situation as clumsily as this one did, there is a serious lesson in this case:
Tread very carefully when considering any adverse action against an employee who’s recently exercised his or her FMLA privileges.
The law doesn’t require you to make special allowances for people who are currently on or have recently taken FMLA leave, but you certainly need to take steps to ensure your actions don’t appear to have any connection with a protected period of absence.
To read the full decision, go to Pagel v. TIN, Inc.