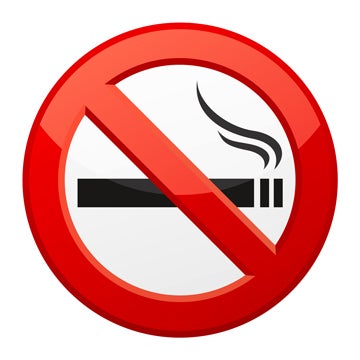 More companies than ever won’t hire people who smoke. But is that legal — and is it worth it for employers?

The University of Pennsylvania Medical System is the latest employer to announce it will no longer hire smokers.

The firm joins a number of companies who’ve closed their doors to tobacco user, as Molly DiBianca of the Delaware Employment Law Blog pointed out in a recent post.

But just because these organizations have decided not to hire smokers doesn’t automatically mean that you can.

Banning smokers – is it legal?

First, you and your supervisors should understand there’s no federal law that protects smokers or entitles them to equal protections when it comes to hiring, promotions, etc. That’s because the Equal Employment Opportunity Commission doesn’t recognize smokers as a protected class.

That said, there are 29 states (along with the District of Columbia) that do offer protections for smokers.

If your company is in one of those states, you can’t refuse to hire people just because they smoke (although you can turn them down for other, legitimate reasons).

Here’s the list of states that provide employment protections to smokers, according to the American Lung Association:

Is it worth it?

If you’re not located in one of those states, you’re likely permitted to enact a smoke-free hiring policy and keep people who smoke out of your workplace.

But is a ban on hiring smokers really the right way to go? Opinions differ.

On the one hand, a 2009 study by the Journal of Tobacco Policy & Research did find that smokers take more sick days than their non-smoking co-workers.

It also found that even if a smoker is in relatively good health (isn’t obese, doesn’t have chronic health conditions like diabetes, etc.), there’s a good chance he or she will still have higher medical costs than a comparable non-smoker over a three-year period.

But a smoking ban is worthwhile only if smokers quit for good. If the prohibition causes people to quit until they’re hired — and then they take up smoking again as soon as they pass the nicotine test — it’s not an effective cost-cutting tactic.

The results point to a need for constant testing to ensure former smokers don’t fall back into the habit after they’re hired — which can get expensive.

Cons of a ban on hiring smokers

Another study from anti-smoking journal Tobacco Control found that a tobacco-free hiring policy might not be a good idea. Here’s why:

Researchers at Tobacco Control instead say employers should push hard to get employees into smoking-cessation programs, especially ones sponsored at work.

Every analysis of such programs shows they’re cost-effective in improving absentee rates and time lost because of smoking-related illnesses.