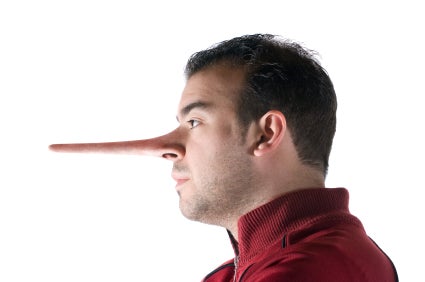 When an employee requests time off because of something as serious as a cancer diagnosis, 99% of the time the person will be telling the truth about their situation. But as a recent case shows, if a manager has even an inkling that something’s amiss, it pays to take a closer look.
In the case of former U.S. Postal Service (USPS) employee Caroline Boyle, a supervisor’s skepticism likely foiled an egregious — and illegal — abuse of leave.
Here’s what happened: Boyle let her supervisor know she needed to take some time off because she’d been diagnosed with non-Hodgkins lymphoma. The request came after the 25-year veteran was denied a promotion (we’ll get to that later). Over the 20 months that followed the request, Boyle took 112 days of sick leave and worked part-time to attend her frequent doctor’s visits.
Boyle’s manager even allowed her to work from home and approved paid administrative leave that didn’t count against her sick leave.

Boyle provided a number of doctor’s notes to support her time-off and other accommodation requests for her cancer and, more than a year after letting USPS know about her “condition,” a manager became suspicious about her claims.
That suspicion prompted a USPS investigator to take a closer look at the doctor’s notes that had been provided. During that process, the investigator discovered that Boyle had spelled one of her cancer doctor’s names incorrectly. This led the investigator to question all of the facilities in which Boyle claimed to receive treatment and, lo and behold, none of those facilities had any record of Boyle as a patient.
Losing her job at the USPS was the least of Boyle’s concerns. She was also indicted by a federal grand jury on felony counts of forged writings, wire fraud and possession of false papers to defraud the United States.

Based on a former subordinate’s situation

The real drama in this case actually took place in the courtroom, where Boyle admitted to not only faking her cancer diagnosis but also revealed her motive for doing so: She was upset because she didn’t get a promotion.
Stranger still, Boyle essentially based her entire fraudulent leave claim on a former subordinate of hers. During the sentencing, Lisa Roberts testified that Boyle’s made-up cancer diagnosis was a carbon copy of her real one.
What’s more, when Roberts requested time off for treatment, Boyle accused her of faking the cancer diagnosis to take a long vacation, prodded Roberts on the reason she didn’t lose her hair and demanded that Roberts turn over her confidential medical records.
Roberts said Boyle used those very same medical records to back up her own fake cancer diagnosis.
While the details of this strange, strange case sound like details plucked straight from a made-for-TV movie, the takeaway for employers is easily transferrable to more pedestrian workplace situations: If managers suspect something is amiss with an employee’s leave request, allow them to follow their instincts — provided they do so within the specific confines of the relevant applicable laws. After all, front-line managers are often your first-line of defense against leave abuse.