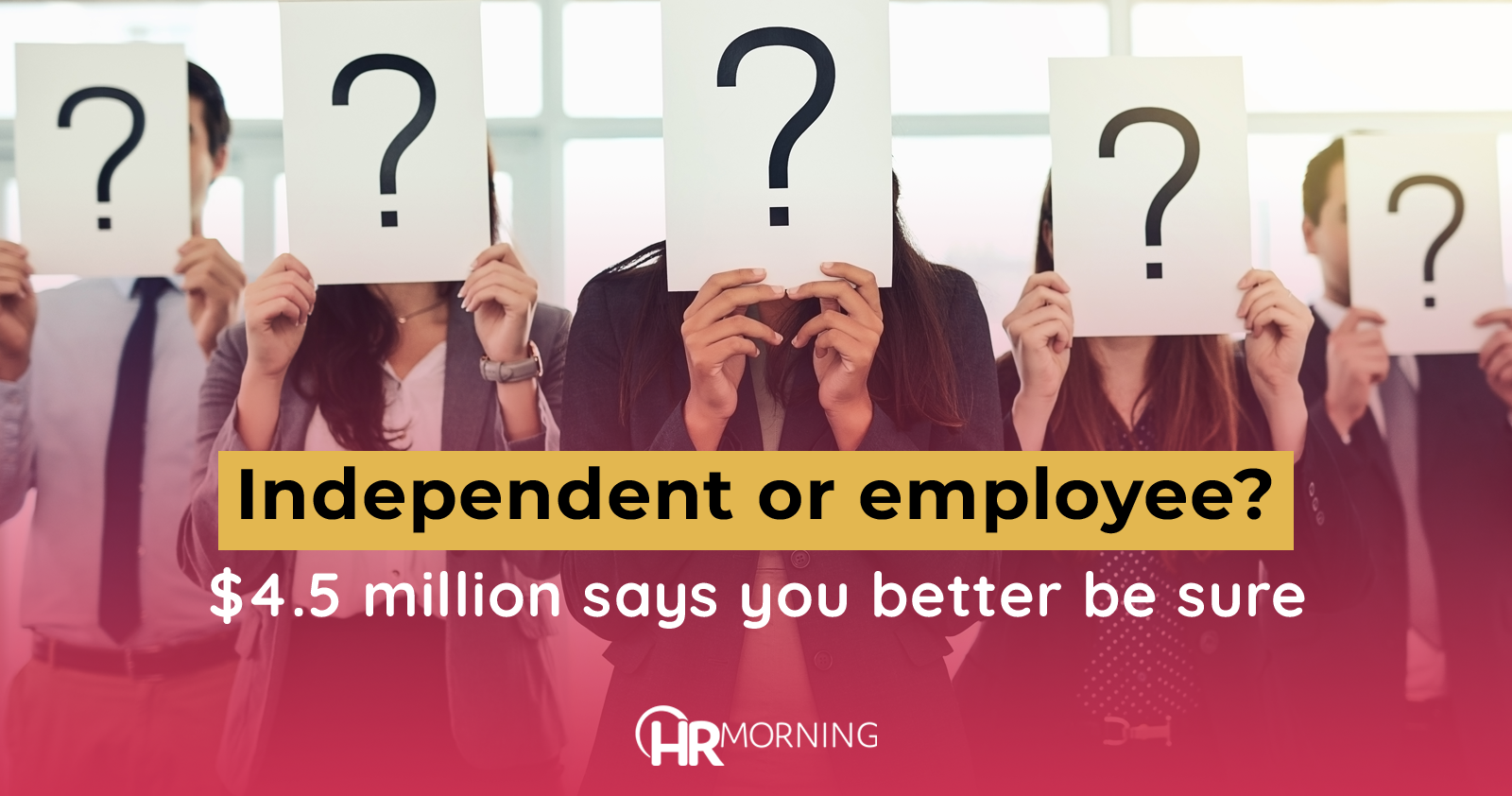 In one of a recent string of employee misclassification cases, the owners of a Philadelphia strip club made dancers sign contracts stating they were independent contractors rather than employees of the club.

But an appeals court agreed with a jury that the employer exerted “overwhelming control” over the terms of the dancers’ work and upheld a $4.5 million jury award for unpaid minimum wages and unjust enrichment.

The club owners argued in the original case and appeal that the dancers had control over their hours and whether or not they performed private dances.

In its analysis, the court noted that the employer “established available shift times; fined dancers for tardiness; gave instructions on physical appearance and dictated hair, dress, and makeup choices; established several dance-floor rules; banned changing into street clothes before the end of shifts; and set the price and duration of all private dances.”

Classification isn’t up to employers or workers

As this and other cases have demonstrated, courts aren’t interested in whether or not a worker signs an agreement stating they are a contractor when determining employee misclassification.

Instead, whether an employer has misclassified an employee depends only on who makes decisions about someone’s work and work conditions.

And the size of this award is not an outlier. In another case involving exotic dancers, a New York City “gentlemen’s club” had to pay $15 million to compensate 1,900 dancers for unpaid wages and compensation

While it might be tempting to focus on the “exotic” aspect of the workers in this case, similar employee misclassification rulings cover delivery drivers, franchisees and other very mainstream occupations.